Although deep learning holds enormous promise for advancing new discoveries in genomics, it also should be implemented mindfully and with appropriate caution. Deep learning should be applied to biological datasets of sufficient size, usually on the order of thousands of samples. The'black box' nature of deep neural networks is an intrinsic property and does not necessarily lend itself well to complete understanding or transparency. Subtle variations in the input data can have outsized effects and must be controlled for as well as possible. Importantly, deep learning methods should be compared with simpler machine learning models with fewer parameters to ensure that the additional model complexity afforded by deep learning has not led to overfitting of the data.

Spending Christmas in the World of Warcraft

World of Warcraft allows players to dive into a vast fantasy realm populated with players from around the world. Together they battle to survive alongside dragons, trolls and warlocks - even on Christmas Day. Video games have long proved a formidable force in capturing the hearts, imaginations and wallets of people all over the world. The most immersive gaming experience, according to its fans, is World of Warcraft and in Azeroth, where the game is set, even Christmas Day is celebrated with turkey feasts, snowball fights and presents under a tree. In a time where many of us spend more time online, what does it mean to celebrate 25 December in a virtual world?

The internet is full of misinformation, and the internet of things is no exception. Smart speakers like Amazon's Alexa have been known to lie to children, with kid-friendly modes designed to shield them from life's harsher truths, from the reality of where babies come from to the career path of Stormy Daniels. But no question could be of greater significance for kids at this time of year than the one about the existence of the man who knows whether they've been bad or good. Google, Amazon, and Apple are not about to get themselves put on parent's naughty list--or worse, get unplugged--by telling kids there is no Santa. All three tech companies have special Christmas-themed answers in place this festive season, from whether Santa is real to whether you've been naughty or nice. 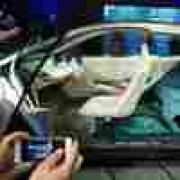 The drone crackdown: if a trained eagle can't stop them, what will?

From computer programming and guns that fire giant nets to well-trained birds of prey, previous attempts to stop the rogue use of consumer drones have been nothing if not original. But for all that creativity, the authorities have been left behind. And on Thursday, as an unknown operator succeeded in shutting down Gatwick airport for at least 18 hours by flying drones around the airport's protected airspace, the slow pace of progress was highlighted again. Regulators, police and defence experts are hoping to close that gap as they seek to deal with the rapid proliferation of drones, which have upended conventional thinking in fields as varied as aviation, prison security, and guerrilla warfare in the Middle East. In the UK, new rules first announced in July 2017 will finally be implemented in November 2019, requiring individuals to register with the government when they purchase drones weighing more than 250g (8.8oz), and be tested on their piloting skills and knowledge of the law before they are allowed to fly the devices.

A patent application filed by Amazon offers a vision of how doorbell cameras could be equipped with new technology that would allow the devices to gather data and identify people considered to be "suspicious." The application -- revealed by the U.S. Patent and Trademark Office last month and first reported by CNN -- describes how cameras could be used to piece together a composite image of an individual's face, giving homeowners and police the ability to more easily identify someone who has engaged in potential criminal activity. The patent's inventor is identified as Jamie Siminoff, the chief executive of Ring, the home security company that manufactures doorbells that record video and connect to users' smartphones. Amazon acquired Ring in February, thrusting itself into the home surveillance business. The patent application states that home safety is a major concern for homeowners and that the presence of doorbell recording devices can be a "powerful deterrent against would-be burglars."

A bug's life doesn't seem half bad, if you can overlook the super-short lifespan or the threat of getting eaten by lizards or swatted at by humans. Flying is nice, as is being able to walk on ceilings. The versatility is enviable, which is why roboticists are on a quest to imbue machines with the power of the bug. But to harness the powers of nature, roboticists are resorting to very un-biological means. The latest insect-inspired robot tackles the problem of walking upside down using not glue, or a material that mimics the pad of a gecko's foot as past bot builders have done, but electricity.

Many aspects of geosciences pose novel problems for intelligent systems research. Geoscience data is challenging because it tends to be uncertain, intermittent, sparse, multiresolution, and multi-scale. Geosciences processes and objects often have amorphous spatiotemporal boundaries. The lack of ground truth makes model evaluation, testing, and comparison difficult. Overcoming these challenges requires breakthroughs that would significantly transform intelligent systems, while greatly benefitting the geosciences in turn. 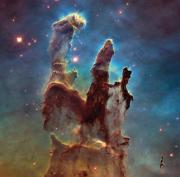 Chapter in New Computational Paradigms: Changing Conceptions of What Is Computable, S.B. Cooper, B. Lowe, and A. Sorbi, Eds.

Volkswagen wants to put fully self-driving cars in fully human-filled cities by 2021, and that means it has limited time to crack the hardest thing about this technology: making a robot that can understand its surroundings in precise detail. Get perception right--know what's a kid and what's a fire hydrant--and the other pieces of the robo-driving puzzle get a whole lot easier. And today, the division of VW tasked with delivering on that 2021 deadline just revealed a key part of its approach. Audi AID (that's Autonomous Intelligent Driving) today announced that it is partnering with lidar maker Luminar. AID considered offerings from the dozens of lidar companies, but it was ultimately won over by how far the Luminar lidar sees--about 250 meters--and how good its resolution is.