Artificial Intelligence in the Middle East: Here's What You Need to Know

Middle east is one of the top tech destinations where artificial intelligence is playing a significant role. The region is known for its oil wells, which are major contributors to the region's economy. Slowly the economy is shifting its base from petrochemicals to technology. The region is slowly shifting its economic dependence on oil wells. According to an IDC report, spending on AI in the region is expected to grow at an annual growth of 19%.

International organizations and corporations are racing to develop global guidelines for the ethical use of artificial intelligence. Declarations, manifestos, and recommendations are flooding the internet. But these efforts will be futile if they fail to account for the cultural and regional contexts in which AI operates. AI systems have repeatedly been shown to cause problems that disproportionately affect marginalized groups while benefiting a privileged few. The global AI ethics efforts under way today--of which there are dozens--aim to help everyone benefit from this technology, and to prevent it from causing harm. Generally speaking, they do this by creating guidelines and principles for developers, funders, and regulators to follow.

Over the past two years, the development of Artificial Intelligence and the new techniques for using Big Data has become both faster and more widespread. According to the old definition, by Artificial Intelligence we mean teaching a machine to think like a man, while Big Data is such a large mass of data in terms of quantity, speed and variety that it has to enable specific technologies and methods to extrapolate data from news already learned and extract new data and links from the news which seem unrelated to one another. Just to make an example, each buyer wants a specific reward. Currently we also have the possibility of developing Generative Adversarial Networks (GANs), which create objects not existing in reality, but similar to reality, as well as faces that have never been seen before but are quite probable, and objects that do not exist but seem to work well. Not to mention the self-correcting systems based on concepts that are adapted by the machine itself, as well as programs that self-create themselves, starting from a small nucleus.

AI in the Middle East: Here's what you need to know

IT spending in the Middle East and Africa region is expected to top $83bn in 2020, according to insights published towards the end of last year by IDC. Within these shifts, IDC has identified significant investment in artificial intelligence (AI), which is growing at a much faster rate than the headline figure. Separate analysis from IDC predicts spending on AI systems in the region will hit $374.2m this year, up from $261.8m in 2018 and a projected expenditure of $310.3m in 2019. Between 2018 and 2023 AI-based spending in the region will increase at a compound annual growth rate of 19%. AI has the potential to contribute significantly to Middle East GDP over the next decade.

Rana el Kaliouby on teaching computers to read our emotions 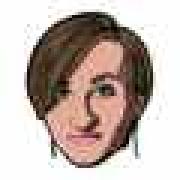 Read the full transcript of our Science Focus Podcast interview with Rana el Kaliouby about making machines emotionally intelligent – listen to the full episode at the bottom of the page.

SAFR from RealNetworks, Inc., the world's premier facial recognition and computer vision platform for live video, announced the addition of Walter Candelu as Area Vice President for the Middle East. Mr. Candelu brings experience and leadership to the new SAFR office in Dubai. He will drive its growing sales and business development initiatives across the Middle East Region. Mr. Candelu will be based in Dubai, UAE and will focus on expanding the SAFR reseller channel, partner network, and regional sales and marketing programs. Prior to joining SAFR, he held senior positions with leading security companies where he successfully drove the exponential growth of their technical capabilities and revenue.

Digital transformation in a post-pandemic world

COVID-19 sparked an unprecedented global health crisis around the world and ushered us to a'new normal' way of working from home almost overnight. Not all companies were ready to adapt to this unexpected disruption, and business suffered. Many organisations faced massive structural changes and looked at alternative business strategies to sustain themselves through this global pandemic. But there is always an upside to every crisis – innovation leaders such as SAP have introduced innovative solutions specifically designed to help businesses in the post-COVID-19 global economy. We are a long way from business as usual these days, as many of us juggle work and home responsibilities, having video conferences interrupted by our kids, dogs barking and kitchen appliances whirring in the background.

Countries in the Gulf Cooperation Council are stepping up their use of artificial intelligence tools to halt the spread of the coronavirus pandemic. Governments throughout the GCC -- a group of countries in the Middle East that includes Bahrain, Saudi Arabia, Qatar, Oman, Kuwait and the United Arab Emirates -- have enacted some of world's strictest measures, including suspending passenger flights and imposing curfews on citizens to put brakes on the number of new cases of Covid-19 that currently total over 2 million (2,064,115) globally, according to Johns Hopkins University data. But countries aren't restricting their efforts to simply imploring their residents to stay locked in and shutting down all but the most essential of businesses. They are increasingly deploying sophisticated technology to ensure that movement is limited and social distancing is in place through the use of speed cameras, drones and robots. By applying location-based contact tracing, governments can monitor those who have tested positive for coronavirus, and try to limit their exposure to the population. 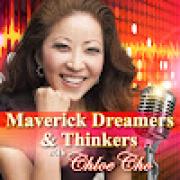 China's Communist Government has extracted over 6 billion peoples biometrics, including facial, voice and personal health data to empower their Quantum Artificial Intelligence program meant for military purposes. This includes almost every American, Canadian, and European persons living today, every person in China, and Less so from groups in Africa, the Middle East, and South America. I initially made the finding public by publishing the discovery in the book AI, Trump, China and the Weaponization of Robotics without providing company names. Later, I included the findings with company names in the updated book Artificial Intelligence Dangers to Humanity. More than 1,000 AI, Robotics and Bio-Metric companies were researched to obtain the results of over 6 billion human beings who have had their bio-metrics stolen or transferred to China.