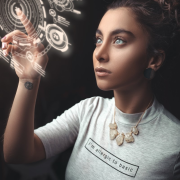 And I am talking Season 3. Or Amazon's hit, The Handmaid's Tale? Do you just binge and veg out or are you like me, and see how easily we could, and are, slipping into these worlds? After watching shows like this I often find myself reflecting back on George Orwell's 1984. It proves more eerily prophetic with each passing year. This Season, I fear, the writers of Westworld are almost scripting our future lives. You may not have caught it, but it is all in there.

Creating a machine that thinks may have seemed like science fiction in the 1950s. But John McCarthy decided to make it a reality. And he started with a language he called LISP. Colin Garvey describes how McCarthy created the first language for AI. Sam Williams covers how early interest in thinking machines spread from academia to the business world, and how--after certain projects didn't deliver on their promises--a long AI winter eventually set in.

The latest installment of American Horror Story: Apocalypse featured a sexy blood bath, a world-ending Billy Eichner, and finally some witches. The long-awaited return of Season 3's Coven came within the episode's last few minutes when Cordelia Foxx, Myrtle Snow, and Madison Montgomery made an appearance at Outpost Three's puke-covered Halloween soirée/mass murder. SEE ALSO: 'American Horror Story' has robots now and I'm terrified Loyal AHS fans lost their minds for this first major crossover plot point and the reappearance of three beloved characters--while new viewers were left completely in the dark. Regardless of your witchy cannon knowledge, this scene was super confusing and raised a lot of questions for where Apocalypse might be headed. Here's a refresher on what went down.

Everything coming to Netflix in September

If you were planning to be extra productive this back-to-school season, I've got some bad news. Netflix's September lineup is a time-consuming masterpiece. SEE ALSO: 'To All the Boys I've Loved Before' has a little secret in the credits Jam-packed with awesome content and only a few possible duds (ahem, Iron Fist: Season 2), Netflix's upcoming month has a lot to offer. Christopher Nolan's Batman Begins and The Dark Knight complete a heroic lineup, alongside Marvel's Black Panther. And, as we inch closer to Halloween, the dark psychological mini-series Maniac and horror tour de force The Witch will begin streaming to get you in the spooky spirit.

How Will The Rocket Launch Change 'Fortnite: Battle Royale' Next Week?

It's official, the rocket stored in the villain base will be launched next week in Fortnite. The moment has been broadcast in loading screens (The Visitor blockbuster skin is shown firing it up), teased in the game (a countdown timer shown on TVs ends Tuesday), and extracted from data files in the game (showing launch sequence text). So, it's coming, but what does that mean for the game? Is the rocket about to become season 4's comet, teasing what's to come in season 5? Or is something else at play here? One new wrinkle is that dataminers @twoepicbuddies are claiming that they have uncovered something that suggests that players themselves will be able to launch the rocket with the press of a button come Tuesday.

'Fortnite: Battle Royale ' -- Mysterious Images Have Appeared On TVs Across The Map

Images of the Evil Lair that appeared in Fortnite's fourth season have appeared on TVs across the game's sprawling map. This happened toward the end of Season 3 as well, when a strange emergency broadcast began playing on the game's myriad television sets. Here's what the image looks like (via FortniteIntel): This image has popped up on Fortnite's in-game TVs. And here's the image that showed up toward the end of Season 3, before the meteors began crashing down: There's also a new hologram that's appeared near the rocket---just one more clue that things might end badly this season. Previously we covered a leaked image of the special Blockbuster skin near the rocket tinkering around with what appears to be something similar to the holograph.

D'Arcy Carden admitted that playing the first incarnation of Janet on the NBC comedy "The Good Place" was not easy. Every line you say and every line your scene partner says, the point is reacting to it, but when your character doesn't react, it's a weird struggle," Carden told Variety of the main challenge she faced when portraying the early version of her character. "I talked about it with [series creator] Mike [Schur] a lot, and he's amazing and so collaborative, and it was very helpful to figure it out together." After figuring out the right balance between human and robot, Carden said that playing Janet started to feel so natural for her. "Now, I feel like I know her so well: She is me, I am her," Carden told Elle last September. 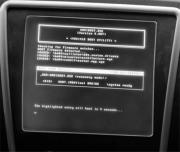 In a lot of ways, Black Mirror Season 4 is familiar territory. You've got your gnawing tension, your twist endings. SEE ALSO: Karl Pilkington totally predicted 2 'Black Mirror' Season 4 storylines There is one thing Season 4 has a lot more of than past seasons, though, and that's Easter eggs. From self-referential cutaways to subtle, easy-to-miss moments, here are some things you may not have spotted on a first viewing. Computer text is always a good place to start your Easter egg hunt, and "Metalhead" doesn't disappoint.

USA Network has renewed its cult-hit series Mr. Robot for season 4, just as season 3 is about to air its finale episode.

With Mr. Robot's Season 3 finale looming, USA Network announced the series has been renewed for a fourth season.