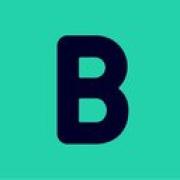 Beat is the fastest growing ride hailing app in Latin America and a part of the international FreeNow Group, the multi-service mobility joint venture backed by BMW Group and Daimler AG. One city at a time, we are on a mission to develop seamless mobility for a safe and sustainable urban life. We are proud to say we have launched Beat Tesla / Loonshot, the first and largest private all-electric vehicle service in Latin America. As an organization, we are committed to our drivers with ethical practices and a safe working environment. To our customers, we differentiate ourselves from other ride-hailing apps with our super user-friendly app and excellent customer service.

Hitting the Books: What autonomous vehicles mean for tomorrow's workforce

In the face of daily pandemic-induced upheavals, the notion of "business as usual" can often seem a quaint and distant notion to today's workforce. But even before we all got stuck in never-ending Zoom meetings, the logistics and transportation sectors (like much of America's economy) were already subtly shifting in the face of continuing advances in robotics, machine learning and autonomous navigation technologies. In their new book, The Work of the Future: Building Better Jobs in an Age of Intelligent Machines, an interdisciplinary team of MIT researchers (leveraging insights gleaned from MIT's multi-year Task Force on the Work of the Future) exam the disconnect between improvements in technology and the benefits derived by workers from those advancements. It's not that America is rife with "low-skill workers" as New York's new mayor seems to believe, but rather that the nation is saturated with low-wage, low-quality positions -- positions which are excluded from the ever-increasing perks and paychecks enjoyed by knowledge workers. The excerpt below examines the impact vehicular automation will have on rank and file employees, rather than the Musks of the world.

Do You Know How to Get to the Self-Driving Future?

For years, companies and techno-bros have been saying that self-driving cars are ready to roll. Now companies like the ride-hailing service Lyft are actually letting customers take rides in autonomous vehicles. And at CES this year, John Deere unveiled a self-driving tractor that lets farmers put the latest automation tech to work in the fields. But if the time for self-driving vehicles is finally nigh, what does that mean for the workers who make a living behind the wheel? This content can also be viewed on the site it originates from.

Stay updated on last news about Artificial Intelligence. Check your inbox or spam folder to confirm your subscription.

A Tesla on autopilot killed two people in Gardena. Is the driver guilty of manslaughter?

On Dec. 29, 2019, a Honda Civic pulled up to the intersection of Artesia Boulevard and Vermont Avenue in Gardena. It was just after midnight. The traffic light was green. As the car proceeded through the intersection, a 2016 Tesla Model S on Autopilot exited a freeway, ran through a red light and crashed into the Civic. The Civic's driver, Gilberto Alcazar Lopez, and his passenger, Maria Guadalupe Nieves-Lopez, were killed instantly.

5 Exciting Artificial Intelligence Trends to Watch for in 2022

In the past few years, Artificial Intelligence has become a crucial part of many small as well as large organizations. Ai witnessed massive advancements and is being readily adopted across various industries. So, what are some exciting developments or Biggest Ai Trends of 2022 that you should watch out for? Read on to find out! One of the most talked about things in the IT industry is the menace of cybercrime. Be it individuals or organizations, everyone wants their data to be safe and secure.But continued malware/virus attacks on various kinds of devices owned byboth individuals and organizations has prompted even the World Economic Forum to identify cybercrimeas a critical threat.

A California motorist has become the first person to be charged over a fatal crash involving Tesla's Autopilot system. Kevin George Aziz Riad, 27, faces two counts of vehicular manslaughter after being behind the wheel of a Tesla when it ran a red light, crashing into another car and killing two people. It is the first time a motorist has been charged with a felony for an incident involving the electric car maker's partially automated driving system, according to the Associated Press. Los Angeles County prosecutors filed the charges in October, but details of the case have only just emerged. Mr Riad, who works as a limousine service driver, is out on bail while the case is pending.

Fox News Flash top headlines are here. Check out what's clicking on Foxnews.com. California prosecutors have filed two counts of vehicular manslaughter against the driver of a Tesla on Autopilot who ran a red light, slammed into another car and killed two people in 2019. All Tesla models, including the Model S, now come standard with Autopilot. The defendant appears to be the first person to be charged with a felony in the United States for a fatal crash involving a motorist who was using a partially automated driving system.

Artificial intelligence can generate tremendous value for us all, if policymakers and businesses act swiftly and smartly to capture its full benefits and mitigate the inevitable risks. The long-awaited “AI spring” may finally be arriving, but we will need to be prepared to manage its onset with care.

I've owned a Tesla TSLA since 2018 and I'm a huge fan of the car. My background is in software and self-driving cars. In addition to writing about them for 15 years, I've worked for and advised a wide variety of companies including Waymo, Zoox, Cruise, Starship, giant car OEMs and many others. So naturally been very interested in both Autopilot and the promised future system Tesla calls "full self driving." Tesla has released a prototype (which they call a "beta") version of that system out to some Tesla owners, and I finally got it recently. I've watched many videos of it in action, some good, some bad, and wanted to see it for myself. I have great respect and admiration for Elon Musk, so sorry to say this but ... it's terrible. After all those videos I didn't expect a lot, but I expected more than this.