Facebook just released a database of 100,000 deepfakes to teach AI how to spot them

Social-media companies are concerned that deepfakes could soon flood their sites. But detecting them automatically is hard. To address the problem, Facebook wants to use AI to help fight back against AI-generated fakes. To train AIs to spot manipulated videos, it is releasing the largest ever data set of deepfakes --more than 100,000 clips produced using 3,426 actors and a range of existing face-swapping techniques. "Deepfakes are currently not a big issue," says Facebook's CTO, Mike Schroepfer.

The Massachusetts Institute of Technology put on a spectacular show with a pack of mini cheetah robots the campus in Cambridge, Massachusetts. Researchers behind the small quadrupedal robots shared a video online of these mechanical animals running, jumping and even kicking around a soccer ball. The cheetahs are shown frolicking through an area of the college campus, while being controlled by a human. The machines perform a synchronized dance, where they show their gymnastic abilities and then they all join in a game of soccer. 'Eventually, I'm hoping we could have a robotic dog race through an obstacle course, where each team controls a mini cheetah with different algorithms, and we can see which strategy is more effective,' Kim said. 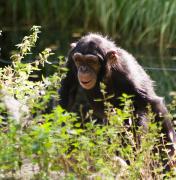 Camera traps are a critical part of wildlife monitoring but analyzing those videos is a big bottleneck. Developing an automated procedure is of the utmost importance to conservation research. While camera traps have become powerful non-invasive tools in research and conservation efforts, they can't yet autonomously label the species they observe. It takes a lot of valuable time to determine whether there are any animals present (or just passing winds), and if there are, which ones. Then, the DrivenData community used cutting edge computer vision techniques to turn those labels into algorithms for automated species detection.

Microsoft might announce the new generation of its mixed reality headset, the HoloLens, at an event later this month. On Monday, Microsoft's Technical Fellow for AI Perception and Mixed Reality in the Cloud (you gotta love Microsoft's job titles), Alex Kipman, published a teaser video for the event, and it sure makes it look like HoloLens 2 is coming. The video, titled "2.24.19 #MWC19" -- the date and tagline for the event held one day before the official start of Mobile World Congress in Barcelona -- is quite mysterious. Lumps of silicon are turned into chips, ice cubes melt, optical fibre intertwines -- it's all nice to look at but doesn't really tell us much about the upcoming device. So how do we know the video is about the new HoloLens?

YouTube is changing its algorithms to stop recommending conspiracies

YouTube said Friday it is retooling its recommendation algorithm that suggests new videos to users in order to prevent promoting conspiracies and false information, reflecting a growing willingness to quell misinformation on the world's largest video platform after several public missteps. In a blog post that YouTube plans to publish Friday, the company said that it was taking a "closer look" at how it can reduce the spread of content that "comes close to -- but doesn't quite cross the line" of violating its rules. YouTube has been criticized for directing users to conspiracies and false content when they begin watching legitimate news. The change to the company's recommendation algorithms is the result of a six-month-long technical effort. It will be small at first -- YouTube said it would apply to less than 1 percent of the content of the site -- and affects only English-language videos, meaning that much unwanted content will still slip through the cracks.

But what *is* a Neural Network? Deep learning, chapter 1

Subscribe to stay notified about new videos: http://3b1b.co/subscribe Additional funding provided by Amplify Partners. Typo correction: At 14:45, the last index on the bias vector is n, when it's supposed to in fact be a k. Thanks for the sharp eyes that caught that! For those who want to learn more, I highly recommend the book by Michael Nielsen introducing neural networks and deep learning: https://goo.gl/Zmczdy

In a video uploaded to YouTube on Friday, Shitty Robots creator Simone Giertz elaborated on what she disclosed on Twitter last week: that her non-cancerous brain tumor, for which she had brain surgery last year, has grown enough that she now plans to undergo radiation treatment. Giertz explained that her doctors decided to leave a piece of the tumor behind in a section of the brain where performing surgery was particularly risky. That's the piece that, over the past eight months, has grown. "We knew that there was a risk it would grow down the line, which it has," she said. "It's just that the'line' in'down the line' was a little bit shorter than I had anticipated, because it's only been eight months [since the procedure]."

At IROS in Madrid a few weeks ago, Marc Raibert showed a few new videos during his keynote presentation. One was of Atlas doing parkour, which showed up on YouTube last week, and the other was just a brief clip of SpotMini dancing, which Raibert said was a work in progress. Today, Boston Dynamics posted a new video of SpotMini (which they're increasingly referring to as simply "Spot") dancing to Uptown Funk, and frankly displaying more talent than the original human performance. The twerking is cute, but gets a little weird when you realize that SpotMini's got some eyeballs back there as well. While we don't know exactly what's going on in this video (as with many of Boston Dynamics' video), my guess would be that these are a series of discrete, scripted behaviors that are played in sequence.

Late last night Boston Dynamics dropped a new video of its robot dog, SpotMini, in action. It walks up some stairs (no big deal--it's done that before) and then through some corridors, periodically extending its camera-equipped arm to survey bits of a construction site. This is where--given the theatrics of pretty much every other Boston Dynamics video that's come before it--Spot should have done something righteous. Perhaps fighting a human to open a door. But no, just a nice fade to black.