Workers obsolete as robots do the dirty work

The robot takeover won't happen like we imagined. In fact it's already well underway, albeit in sectors that are likely peripheral for most ZDNet readers. Case in point, over the last year robots have replaced workers at notable scale in the commercial cleaning industry. A company called Brain Corp, which creates core technology in robotics, recently announced that from October 1, 2020, to October 1, 2021, usage of automated robotics increased dramatically across a number of industry sectors, particularly in hospitals ( 2,500%) and education ( 426%). The news comes in the middle of the'Great Resignation' within the U.S. and across the world, which has impacted the ability for those across industries to employ and retain workers. The U.S. Bureau of Labor Statistics stated that 4 million Americans quit their jobs in July 2021 and a study detailed in the Harvard Business Review found that, in general, resignation rates were higher among employees who worked in fields that had experienced extreme increases in demand due to the pandemic.

On October 28, 2021, the U.S. Equal Employment Opportunity Commission (EEOC) announced the launching of an initiative to ensure that Artificial Intelligence (AI) and other emerging tools used in hiring and other employment decisions comply with federal civil rights laws that the agency enforces, according to an EEOC press release. "Artificial intelligence and algorithmic decision-making tools have great potential to improve our lives, including in the area of employment. At the same time, the EEOC is keenly aware that these tools may mask and perpetuate bias or create new discriminatory barriers to jobs," EEOC Chair Charlotte A. Burrows stated in the press release. The initiative will examine how technology is fundamentally changing the way employment decisions are made and aims to guide applicants, employees, employers, and technology vendors in ensuring these technologies are used with federal equal employment opportunity (EEO) laws. "Bias in employment arising from the use of algorithms and AI falls squarely within the Commission's priority to address systemic discrimination. The EEOC will address workplace bias that violates federal civil rights laws regardless of the form it takes," said Burrows, who was appointed by President Joe Biden in January 2021.

The Use Of Artificial Intelligence In Business Codifies Gendered Ageism. How Do We Fix It?

In 2017, the National Bureau of Economic Research conducted a large study about age discrimination in hiring that confirms the prevalence of gendered ageism. "Based on evidence from over 40,000 job applications, we find robust evidence of age discrimination in hiring against older women, especially those near retirement age." The call back rate for older women compared to their younger female counterparts was significantly lower despite the fact that the only difference in the resumes was their age. The evaluation of resumes like many other processes in business today is managed by technology, specifically artificial intelligence. Artificial intelligence (AI) is the simulation of human intelligence processes by machines, especially computer systems.

The best careers you can start with a computer science degree

Computer science degrees qualify you for some of the most in-demand tech careers in design and development, analysis, and management. As many of the largest industries integrate more complex technologies, the number of jobs for computer science majors increases. Graduates can find computer science careers in healthcare, manufacturing, business, and the government. The Bureau of Labor Statistics (BLS) projects 13% growth in computer occupations 2020-30, resulting from demands for improved technologies, security, cloud computing infrastructure, and big data applications. These professionals develop new and exciting ways to use technology, such as enhancing revenues, product quality, and health outcomes.

The BDN Opinion section operates independently and does not set newsroom policies or contribute to reporting or editing articles elsewhere in the newspaper or on bangordailynews.com. Keith E. Sonderling is a commissioner on the U.S. Equal Employment Opportunity Commission.The views here are the author's own and should not be attributed to the EEOC or any other member of the commission. With 86 percent of major U.S. corporations predicting that artificial intelligence will become a "mainstream technology" at their company this year, management-by-algorithm is no longer the stuff of science fiction. AI has already transformed the way workers are recruited, hired, trained, evaluated and even fired. One recent study found that 83 percent of human resources leaders rely in some form on technology in employment decision-making.

Employers Beware: The EEOC is Monitoring Use of Artificial Intelligence

Earlier this month, the Equal Employment Opportunity Commission (EEOC) held a webinar on artificial intelligence (AI) in the workplace. Commissioner Keith Sonderling explained that the EEOC is monitoring employers' use of such technology in the workplace to ensure compliance with anti-discrimination laws. The agency recognizes the potential for AI to mitigate unlawful human bias, but is wary of rapid, undisciplined implementation that may perpetuate or accelerate such bias. Sonderling remarked that the EEOC may use Commissioner charges--agency-initiated investigations unconnected to an employee's charge of discrimination--to ensure employers' are not using AI in an unlawful manner, particularly under the rubric of disparate impact claims. The EEOC's interest in this topic is not new.

Activision Blizzard has confirmed an investigation by US regulators following allegations of sexual misconduct and discrimination at one of the world's most high-profile video game companies. The California-based company said on Tuesday that it was complying with a recent Securities and Exchange Commission subpoena sent to current and former employees and executives and the company itself on "employment matters and related issues". The Wall Street Journal had reported on Monday that the SEC was investigating how the company had treated complaints of sexual misconduct and workplace discrimination and had subpoenaed senior executives including the CEO, Bobby Kotick, a well-known tech billionaire. An SEC spokesman declined to comment. Activision Blizzard – the maker of popular video games including Candy Crush, Call of Duty, Overwatch and World of Warcraft – also said on Tuesday that it had cooperated with an Equal Employment Opportunity Commission investigation into employment practices and that it was working with multiple regulators "on addressing and resolving workplace complaints it has received" and that it was committed to making the company "one of the best, most inclusive places to work". 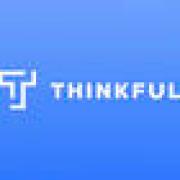 Employers put a premium on qualified, experienced data scientists. These professionals can qualify for lucrative jobs and draw a high salary -- among the highest of all tech occupations, according to the Bureau of Labor Statistics (BLS). A data science bootcamp sharpens high-value skills in big data, analysis, and programming. Read on for everything you need to know about career-focused data science bootcamp programs. Data science involves looking for patterns in data and digital information using math and statistics.

Artificial intelligence tools in hiring have so far remained unregulated by U.S. civil rights agencies, despite growing use and potential discrimination risks. One EEOC official wants that to change. "What is unfair is if there are enforcement actions or litigation, both from the government and from the private sector, against those who are using the technologies, and the federal agency responsible for administering the laws has said nothing," Keith Sonderling, a Republican commissioner on the U.S. Equal Employment Opportunity Commission, told Bloomberg Law in an exclusive interview. The use of artificial intelligence for recruitment, resume screening, automated video interviews, and other employment tasks has for years been on the radar of federal regulators and lawmakers, as workers began filing allegations of AI-related discrimination to the EEOC. Attorneys have warned that bias litigation could soon be on the horizon.

Contact centers have experienced overwhelming strain since the onset of the pandemic and for many organizations this chaotic trajectory has continued. In the travel industry, for example, airlines are currently facing record-breaking call volumes and their service agents are struggling to deal with a surge of inquiries. Delta reports call wait times of two to three hours and other major U.S. airlines have call wait times as long as 8 hours and 30 minutes. Extending superior customer experiences in these types of circumstances is challenging, if not impossible, and customer service agents are equally affected. The average customer service agent remains in their job for approximately one year, according to the U.S. Bureau of Labor Statistics.