What is Hybrid Natural Language Understanding?

We find it in everything from emails to videos to business documents and beyond. However, as pervasive as language data is to the enterprise, organizations struggle to maximize its value. Not only is there an incredible amount of language data available to and contained within organizations, but an exponentially increasing volume of it, as well. There is no ignoring the importance of language to the enterprise ecosystem. Organizations are listening, as 42% have already adopted natural language processing (NLP) systems while 26% plan to within the next year, according to IBM's Global AI Adoption Index 2021. 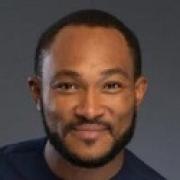 The industry as a whole is beginning to realize the intimate connection between Artificial Intelligence and its less heralded, yet equally viable, knowledge foundation. The increasing prominence of knowledge graphs in almost any form of analytics--from conventional Business Intelligence solutions to data science tools--suggests this fact, as does the growing interest in Neuro-Symbolic AI. In most of these use cases, graphs are the framework for intelligently reasoning about business concepts with a comprehension exceeding that of mere machine learning. However, what many organizations still don't realize is there's an equally vital movement gaining traction around AI's knowledge base that drastically improves its statistical learning prowess, making the latter far more effectual. In these applications graphs aren't simply providing an alternative form of AI to machine learning that naturally complements it.

Knowledge graphs have been around for almost half a century – as the term was first coined in 1972! For a long time, they simply languished in the academic world until Google announced their knowledge graph in 2012. Since then, knowledge graphs have evolved quite dramatically, and now there is no turning back. The last 10 years have seen a meteoric rise in machine learning (ML) and artificial intelligence (AI). Because of their ability to drive intelligence into data and add context, knowledge graphs are used to make ML and AI more reliable, robust, trustworthy, and explainable.

Knowledge graphs have emerged as a widely adopted medium for storing relational data, making methods for automatically reasoning with them highly desirable. In this paper, we present a novel approach for inducing a hierarchy of subject clusters, building upon our earlier work done in taxonomy induction. Our method first constructs a tag hierarchy before assigning subjects to clusters on this hierarchy. We quantitatively demonstrate our method's ability to induce a coherent cluster hierarchy on three real-world datasets.

Computing latent representations for graph-structured data is an ubiquitous learning task in many industrial and academic applications ranging from molecule synthetization to social network analysis and recommender systems. Knowledge graphs are among the most popular and widely used data representations related to the Semantic Web. Next to structuring factual knowledge in a machine-readable format, knowledge graphs serve as the backbone of many artificial intelligence applications and allow the ingestion of context information into various learning algorithms. Graph neural networks attempt to encode graph structures in low-dimensional vector spaces via a message passing heuristic between neighboring nodes. Over the recent years, a multitude of different graph neural network architectures demonstrated ground-breaking performances in many learning tasks. In this work, we propose a strategy to map deep graph learning architectures for knowledge graph reasoning to neuromorphic architectures. Based on the insight that randomly initialized and untrained (i.e., frozen) graph neural networks are able to preserve local graph structures, we compose a frozen neural network with shallow knowledge graph embedding models. We experimentally show that already on conventional computing hardware, this leads to a significant speedup and memory reduction while maintaining a competitive performance level. Moreover, we extend the frozen architecture to spiking neural networks, introducing a novel, event-based and highly sparse knowledge graph embedding algorithm that is suitable for implementation in neuromorphic hardware.

Organizations around the world face an array of risks impacting their operations globally. It is imperative to have a robust risk identification process to detect and evaluate the impact of potential risks before they materialize. Given the nature of the task and the current requirements of deep subject matter expertise, most organizations utilize a heavily manual process. In our work, we develop an automated system that (a) continuously monitors global news, (b) is able to autonomously identify and characterize risks, (c) is able to determine the proximity of reaching triggers to determine the distance from the manifestation of the risk impact and (d) identifies organization's operational areas that may be most impacted by the risk. Other contributions also include: (a) a knowledge graph representation of risks and (b) relevant news matching to risks identified by the organization utilizing a neural embedding model to match the textual description of a given risk with multi-lingual news.

With the recent surge in social applications relying on knowledge graphs, the need for techniques to ensure fairness in KG based methods is becoming increasingly evident. Previous works have demonstrated that KGs are prone to various social biases, and have proposed multiple methods for debiasing them. However, in such studies, the focus has been on debiasing techniques, while the relations to be debiased are specified manually by the user. As manual specification is itself susceptible to human cognitive bias, there is a need for a system capable of quantifying and exposing biases, that can support more informed decisions on what to debias. To address this gap in the literature, we describe a framework for identifying biases present in knowledge graph embeddings, based on numerical bias metrics. We illustrate the framework with three different bias measures on the task of profession prediction, and it can be flexibly extended to further bias definitions and applications. The relations flagged as biased can then be handed to decision makers for judgement upon subsequent debiasing.

Recent interest in Knowledge Base Completion (KBC) has led to a plethora of approaches based on reinforcement learning, inductive logic programming and graph embeddings. In particular, rule-based KBC has led to interpretable rules while being comparable in performance with graph embeddings. Even within rule-based KBC, there exist different approaches that lead to rules of varying quality and previous work has not always been precise in highlighting these differences. Another issue that plagues most rule-based KBC is the non-uniformity of relation paths: some relation sequences occur in very few paths while others appear very frequently. In this paper, we show that not all rule-based KBC models are the same and propose two distinct approaches that learn in one case: 1) a mixture of relations and the other 2) a mixture of paths. When implemented on top of neuro-symbolic AI, which learns rules by extending Boolean logic to real-valued logic, the latter model leads to superior KBC accuracy outperforming state-of-the-art rule-based KBC by 2-10% in terms of mean reciprocal rank. Furthermore, to address the non-uniformity of relation paths, we combine rule-based KBC with graph embeddings thus improving our results even further and achieving the best of both worlds.

Neural embedding-based machine learning models have shown promise for predicting novel links in knowledge graphs. Unfortunately, their practical utility is diminished by their lack of interpretability. Recently, the fully interpretable, rule-based algorithm AnyBURL yielded highly competitive results on many general-purpose link prediction benchmarks. However, current approaches for aggregating predictions made by multiple rules are affected by redundancies. We improve upon AnyBURL by introducing the SAFRAN rule application framework, which uses a novel aggregation approach called Non-redundant Noisy-OR that detects and clusters redundant rules prior to aggregation. SAFRAN yields new state-of-the-art results for fully interpretable link prediction on the established general-purpose benchmarks FB15K-237, WN18RR and YAGO3-10. Furthermore, it exceeds the results of multiple established embedding-based algorithms on FB15K-237 and WN18RR and narrows the gap between rule-based and embedding-based algorithms on YAGO3-10.

Live streaming is becoming an increasingly popular trend of sales in E-commerce. The core of live-streaming sales is to encourage customers to purchase in an online broadcasting room. To enable customers to better understand a product without jumping out, we propose AliMe MKG, a multi-modal knowledge graph that aims at providing a cognitive profile for products, through which customers are able to seek information about and understand a product. Based on the MKG, we build an online live assistant that highlights product search, product exhibition and question answering, allowing customers to skim over item list, view item details, and ask item-related questions. Our system has been launched online in the Taobao app, and currently serves hundreds of thousands of customers per day.