The Age of A.I. Official Trailer

We are at the dawn of a new age and the implications of AI technology for humans are almost unimaginable. Welcome to The Age of AI. Robert Downey Jr. hosts a brand new YouTube Originals series - The Age of AI. Discover the most innovative and leading technologies that will change the world forever. Technology is moving faster than ever, and it's taking less time to be widely adopted.

Climate change: I am inevitable. Robert Downey Jr.: I am Iron Man. That's basically what went down during the opening keynote at Amazon's new re:MARS tech and innovation conference in Las Vegas. Avengers actor Robert Downey Jr. made the very Tony Stark-like announcement that he'd be launching a new organization focused on solving environmental woes using artificial intelligence and other advanced technologies. "Between robotics and technology, we could probably clean up the planet significantly, if not entirely, within a decade," he said on Tuesday night.

Robert Downey Jr. used his part of the opening keynote for Amazon's Re:Mars conference in Las Vegas Tuesday evening to announce the launch of a new organization that is committed to using advanced technologies for the good of the environment. The Footprint Coalition, as the group is called, is scheduled to officially launch by April of 2020. "Between robotics and nanotechnology, we could clean up the planet significantly, if not totally, in 10 years," Downey Jr. said, relaying that he had been given these insights a few weeks back by a roundtable of experts. They're like Wikipedia with character defects," he joked during his talk. The announcement came at the end of a 20-plus minute freewheeling talk about artificial intelligence, the Marvel Cinematic Universe, Downey Jr.'s own career and the evolution of his Tony Stark character, which featured cameos from Amazon's AI assistant Alexa as well as Matt Damon, who joined via video.

Robert Downey Jr. pledges to use robotics and AI to clean the Earth

Hollywood legend Robert Downey Jr. is putting down his Iron Man suit and taking up the bigger challenge of cleaning up the Earth. Iron Man's on-screen nemesis Thanos had a radical way of reducing humanity's impact on the Earth, but Downey Jr. hopes to use a more humane solution. Appearing on-stage at Amazon's new re:MARS (Machine Learning, Automation, Robotics and Space) conference in Las Vegas, Downey Jr. launched an initiative called Footprint Coalition. "I don't pretend to understand the complexities we face as a species, just because I portrayed a genius in my professional life. My scholastic achievement peaked at a correctional finishing," Downey Jr. joked, in reference to being incarcerated on drug charges and never making it past high school.

Think Tank: AI Is a Suit of Armor, Not an Enemy

The fear of the unknown is a basic human feeling, shared by most people. The fear mechanism is one of the most developed devices throughout our evolution. It's there to protect us from evildoers, from predators, from everything that strays from the ordinary, the routine, the repetitive. When asked about artificial intelligence's place in our lives, it usually activates the same sensors in people, eliciting the same response. It's the robots we read about in books, that we see in films.

Actor Robert Downey Jr. and his wife, producer Susan Downey, are making an artificial intelligence documentary series on YouTube, the company announced today. The series will have eight episodes that are each an hour long and it's set to air on the paid membership-based YouTube Red platform next year. The series is still untitled, but we do know that Robert Downey Jr. will host and narrate the series, which will feature scientists, philosophers, and other experts in AI. YouTube says the series will explore how AI transforms the way we work and live in the present and future. The series will be executive produced by the Downeys through their production company Team Downey.

Robert Downey Jr. is hosting a YouTube show about artificial intelligence because he is truly Iron Man

In a move straight out of Tony Stark's playbook, Robert Downey Jr. will executive produce and host a new YouTube Red exclusive series about artificial intelligence. The yet-untitled series will feature experts in A.I. and related fields and is set to premiere on the platform in 2019. See Also: A bunch of the original'Avengers' got matching tattoos because of course they did Downey's 8-episode series will touch on the current and future states of A.I, as well as the many ways it's changed the way humans interact with each other and the world. Susan Downey, Downey's wife and partner in their production company Team Downey, described the show as "a fascinating journey as we explore the exciting developments in the world of A.I. and glimpse into the future" in a release. It sure is nice for YouTube to partner up with RDH and give him a chance to redeem his reputation around artificial intelligence, especially considering what happened last time. 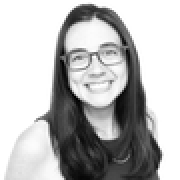 One of the richest men in the world now has God as his personal assistant. Who better for the man who oversees a network of more than 1.8 billion people and has ambitions to connect the world? Facebook CEO Mark Zuckerberg revealed Tuesday that actor Morgan Freeman is the voice behind his home AI assistant, the project he tasked himself to complete during 2016. SEE ALSO: Facebook says Zuckerberg's controversial election posts deleted by'mistake' Zuckerberg has said he was inspired by Iron Man, played by Robert Downey Jr., and his AI assistant Jarvis. Conveniently enough, Downey Jr. volunteered Jarvis' fictional voice (played by actor Paul Bettany) for the AI, but Zuckerberg declined the offer.

If you're building Iron Man's virtual assistant, who better to help than Iron Man himself? Facebook CEO Mark Zuckerberg, who's been working on the virtual assistant as part of his New Year's resolution from earlier this year, posted on his social network Thursday that he was looking for someone to voice his latest creation. Robert Downey Jr., who famously plays Iron Man in the Marvel Studios franchise, jumped at the chance to contribute. In a response to the Facebook founder, Downey Jr. said he'd "do it in a heartbeat" if the fees go to Paul Bettany, the voice of Iron Man's virtual assistant Jarvis in the hit movies. Not forgoing a chance to further publicize the Marvel universe, Downey Jr. continued saying that Bettany would then have to donate the funds to a charity "of Cumberbatch's choosing."