Temporarily forgetting she is sitting beside me, I shout to my wife: "I'm in the children's bedroom." We can't go to the Republic of Ireland ourselves to do this. Travellers from Great Britain need to restrict their movements for a fortnight, so nipping over and back is off the cards. But I can take several paces through a virtual seaside flat in Dublin's Dún Laoghaire, while based in our south London home. Circles appear on the floor of the Dublin flat and, using hand controls, I can glide between them and explore.

How India is using Artificial Intelligence to combat COVID-19

Artificial Intelligence (AI) has been one of the biggest technology success stories of the past decade. As the COVID-19 pandemic spread across the globe, researchers and entrepreneurs stepped up to devise new ways to combat it. From understanding and preventing the spread of the virus to diagnosing and treating it, startups and established technology companies in India are actively leveraging AI to support this fight. Decision makers have increasingly relied on computer simulations to understand how the pandemic situation will evolve over time. TCS, in collaboration with Pune-based Prayas Health Group, is using digital twins to forecast the spread of COVID-19 in urban districts.

Artificial intelligence is a promising field of technology where innovations happen every year. Following the trends in this area and applying them to your own business, you will manage to outwit your competitors and discover new exciting opportunities for your success. If you feel like you do not have a strong understanding of what stands behind these terms, feel free to explore the difference between machine learning vs deep learning vs reinforce learning. This will help you to proceed with this post and understand the latest AI business trends. Hyperautomation is the first in the list of technological trends in 2020. 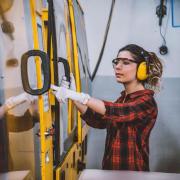 Succeeding in manufacturing today requires extreme efficiency. Every step to produce parts must be optimized in order to eliminate potential errors, as well as to maximize productivity, speed and throughput. This applies to all manufacturing processes, whether filling a mold, printing a part, machining or forming sheet metal. Digital manufacturing methods allow companies to do an end-to-end evaluation of the entire value chain and workflows before and during manufacturing. This "digital thread" runs through the operation and ties simulation, process monitoring and traceability to the physical plant.

The Metaverse Is Coming And It's A Very Big Deal

So what happens when the world becomes a billboard, robots have spatial reasoning and virtual assistants own the relationship with the consumer? The metaverse is coming and it's a very big deal.

Is Your Digital Twin About to Become Your Closest Friend?

Digital twins are everywhere, whether you realize it or not. They've been around for a long time in the industrial arena where digital representations of a plane or car in aerospace and automotive help engineers model and test systems without having to build a real prototype. Instead, imagine if a digital twin was an accurate digital representation of you? What possibilities would be opened up? Imagine a digital simulation that looked, thought, felt, and acted just like you. We're already starting to see companies build their own digital representations of you in health and fitness, shopping, and anytime you fill out a profile.

Combining intelligent streaming analytics with real-time digital twins for aggregate analysis offers several benefits in a variety of real-world applications. Digital twins are finding broader use and playing a more important role in innovation. Many digital twins rely on continuous intelligence (CI) and artificial intelligence (AI) to ingest streams of data from sensors. The real-time analysis of that data use then used to make sense of current conditions, the status of different elements in a system, and determine what actions should be taken (if any). Their rising importance was noted in a recent MIT Sloan Management Review article.

Convergence of technology in government

"Okay, Houston, we've had a problem here."1 The now famous words were transmitted through space down to Houston after the Apollo 13 crew attempted to stir the cryogenic oxygen tanks. The otherwise-standard procedure caused a series of electrical shorts and subsequent problems, leaving the command module unable to generate power, provide oxygen, or produce water. Bounded by space thousands of miles from Earth, the situation was dire for the Apollo 13 crew. NASA engineers on the ground had very little information. The crew shared their observations, and the spacecraft was transmitting some data, but these inputs didn't give engineers on the ground a perfect picture. To better understand what had happened and what consequences the crew faced, the NASA team in Houston used a mirrored system of the Apollo 13 spacecraft, allowing them to duplicate the situation as accurately as possible.

India is gearing up for the next generation computers. This move also reinforces the Digital India and Make in India vision of the Prime Minister Narendra Modi. The Government of India (GoI) has launched the National Supercomputing Mission (NSM) to connect the national academia with research institutes. With its peak computing power and high memory compute nodes supercomputers are expected to open out new avenues of scientific research and innovation. The first phase of NSM has already begun. 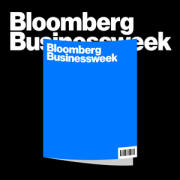 He explains how a medical patient's data can be used to make a "digital twin" which can help speed up the testing of drugs.