Not only are these books enjoyable on their own, fiction can serve as teachable moments in robots and STEM and inspire a robot-obsessed teen to read more and improve their reading comprehension. Let's start with the scifi book I most frequently recommended to friends to read in 2021: Termination Shock by Neal Stephenson. It is not a robot book per se but robots and automation are realistically interspersed through it- and the book is one of Stephenson's best, pulling together LOTS of technology, subplots, and themes similar to what he did in Diamond Age. One of the technology threads is how drones are ubiquitous throughout the book, with small drones being used singly or in swarms for surveillance and social media and bigger drones used for delivery, human transport, and, well, mayhem. Nominally the book is about climate change and how a group of individuals led by a rich Texan plan to cut through the COP26 meetings blather and get on with geoengineering the environment.

The character of conflict between nations has fundamentally changed. Governments and militaries now fight on our behalf in the "gray zone," where the boundaries between peace and war are blurred. They must navigate a complex web of ambiguous and deeply interconnected challenges, ranging from political destabilization and disinformation campaigns to cyberattacks, assassinations, proxy operations, election meddling, or perhaps even human-made pandemics. Add to this list the existential threat of climate change (and its geopolitical ramifications) and it is clear that the description of what now constitutes a national security issue has broadened, each crisis straining or degrading the fabric of national resilience. Traditional analysis tools are poorly equipped to predict and respond to these blurred and intertwined threats.

With every advancement in the digital world, we unlock a limitless resource: data. It is both a by-product and a driver of global development that has transformed how we make decisions. Not only do we have increased granularity and accuracy to inform evidence-based decision making, but through AI and machine learning, we enable technology to make decisions on our behalf. The value of this data is well established in the private sector. Successful businesses have captured this value through increasingly efficient and targeted advertisements and product design – with the global marketing data market worth an estimated at $52 billion in 2021.

Charting New Beginnings: It All Starts With Purpose! Embedding Sustainability by Design with Geotab 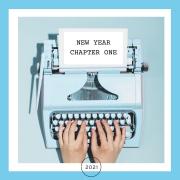 Welcome! to Issue One of the Tomorrow's Tech Today newsletter accompanying the podcast series with the full discussion related to this piece available here. The world is looking for organizations who stand for something. Indeed recent research by the Edelman Trust Barometer 2021 shows people now typically trust your business more than their country's government, news media, and even NGOs. So as we reflect on our aspirations and indeed resolutions for 2022 and the'moments which matter' to take forward from last year, the rise in prominence of Sustainability as a core component of business model evolution, alongside – the Diversity, Equality, Inclusion and Belonging (DEIB) – continuum is personally very much front of mind. Especially building on attending events such as COP26, the Social Innovation Forum, Re:Invent and now CES2022 where this has been center stage.

With the recent Intergovernmental Panel on Climate Change (IPPC) report painting a worrying picture of our battle against climate change, we will explore five ways analytics can help turn the tide. The UN Secretary-General, Antonio Guterres, called the report "a code red for humanity," adding that "the alarm bells are deafening and evidence irrefutable." U.S. President Joe Biden said about it, "The cost of inaction is mounting." In summary, without immediate action, the damage we've done may be irreversible. For this to change, we're going to have to rely on the latest tools and technologies, including big data, advanced analytics, modeling, and simulation techniques.

A historic agreement defines the common values and principles needed to ensure the healthy development of Artificial Intelligence (AI). All the member states of the UN Educational, Scientific and Cultural Organization (UNESCO) have signed the agreement. The importance of the agreement signed on November 23 is underlined by the fact that AI is pervasive and enables many of our daily routines--booking flights, steering driverless cars, and personalising our morning news feeds. AI also supports the decision-making of governments and the private sector. Artificial intelligence is present in everyday life, from booking flights and applying for loans to steering driverless cars.

At CES 2022, Tech Companies Tried to Pitch Climate Sustainability as Fun and Exciting

Between presentations launching new PC processors and candy-colored refrigerators at last week's CES, companies at the annual tech industry jamboree made a lot of big, flashy proclamations about climate change, some more serious than others, and most seeming to include at least one stock video clip of trees, solar panels and children frolicking in grassy meadows or on pristine beaches. General Motors unveiled a new zero-emission pickup truck and dropped hints about new EV models to come, while Panasonic, which calculated that it released 110 million tons of CO2 per year and accounted for 1% of global electricity consumption, reiterated a pledge to decarbonize its operations by 2030 and promised to make its products more efficient. LG--which has pledged carbon neutrality by 2030, and to use fully renewable power by 2050--rolled out glass-fronted refrigerators (to avoid wasting energy while you look inside) and washing machines that use AI to shorten wash cycles. Samsung, whose CO2 emissions actually rose in 2020, and which has faced controversy over its reliance on coal energy, offered promises like devices that would use less standby power, which some environmentalists criticized as greenwashing. A version of this story first appeared in the Climate is Everything newsletter. To sign up, click here.

Did you know Neural is taking the stage this fall? Together with an amazing line-up of experts, we will explore the future of AI during TNW Conference 2021. Scientists have built an AI tool that forecasts Arctic sea ice conditions, which could help protect local wildlife and people from changes caused by global warming. The deep learning system, named IceNet, was developed by a research team led by British Antarctic Survey (BAS) and The Alan Turing Institute. The model was trained on climate simulations and observational data to forecast the next six months of sea ice concentration maps.