Early Black Friday deals are already rolling out, with more new sales showing up every day. For 2021, there's concern whether shipping issues will mean less stuff on the shelves for the holidays. As we've already been hearing for months, the global supply chain is seriously backed up with bottlenecks occurring at key points. Hoping to deal with an already difficult situation, retailers stretched out the shopping season as much as they dared, what with shipping timelines stretching to frustrating levels. These supply problems are supposed to be felt acutely in technology, or so the market watchers say.

It's nearly time for all those Black Friday deals to start tumbling down the discount pipe. But if you can't wait, don't worry. It couldn't come at a better time, since shipping delays mean the sooner you can start buying gifts for friends and family, the better. Updated November 20: We've added Amazon devices, adjusted pricing, and removed expired deals. Special offer for Gear readers: Get a 1-year subscription to WIRED for $5 ($25 off).

Black Friday is just a little over a week away, but you can already start snapping up worthwhile tech deals on Amazon. The gigantic e-tailer kicked off with discounts at the start of the month, and they're now starting to get good. In previous years, the earlier timing of Black Friday deals was cause for exasperation, but not in 2021. Getting a head start on the shopping is a prudent move this year, as warnings about potential inventory shortages and shipping delays due to supply chain issues have sounded for weeks. It doesn't hurt to ensure your holiday gifts will arrive on time.

Products featured in this Mail Best article are independently selected by our shopping writers. If you make a purchase using links on this page, MailOnline may earn an affiliate commission. Despite official Black Friday and Cyber Monday sales being a little over a week away, Amazon has been unveiling incredible early Black Friday deals, and we've found one offer you won't want to pass up. The Amazon Echo Dot (3rd Gen) is now 53 per cent off. Following a buy one get one free promotion, which has since ended, the retailer has slashed the price of the smart speaker from £39.99 to £18.99. 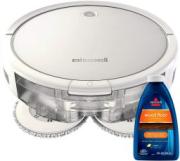 The Bissell SpinWave packs the power of your standard robot vacuum, but with the addition of a mop function. As an early Black Friday deal, you can get one at Amazon for $150.99 off the original price: just $249. Sometimes a once-over with a vacuum just isn't enough to really clean your home. Even a twice-over doesn't always do the trick. Every once in a while you have to break out the big guns, especially if you're a pet owner, a parent, or someone who is just constantly living under the threat of mess.

With the holidays right around the corner, retailers across the country are gearing up for the chaotic tornado that is Black Friday. However, with supply chain issues hitting the world this year, you'll want to get your shopping done early. Walmart has officially released its Black Friday 2021 ad and it's brimming with truly awesome tech deals. You can't get your hands on these deals quite yet, though. The online portion of Walmart's Black Friday sale will go live on Monday, November 22nd at 7 p.m.

You could get a Black Friday deal on Nintendo Switch, but finding new OLED version, good luck

Amazon's Echo Dot smart speakers are BUY ONE, GET ONE FREE in this Early Black Friday deal

Products featured in this Mail Best article are independently selected by our shopping writers. If you make a purchase using links on this page, MailOnline may earn an affiliate commission. If you like a bargain, you're going to love this early Amazon Black Friday deal. Right now, you can buy one Amazon Echo Dot (3rd Gen) and get one free. Ahead of Black Friday 2021, which falls on November 26, there are some fantastic early discounts well worth your time on Amazon, including savings on popular Blink security cameras, Kindle e-readers and Echo devices.

Traveling for the holidays? Invest in a security camera -- a few from Blink are on sale. 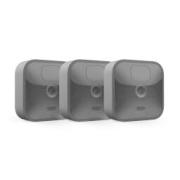 BEST FOR OUTSIDE: Blink Outdoor three-camera kit -- $169.99 (save 32%) BEST FOR INSIDE: Blink Indoor camera -- $59.99 (save 25%) BEST FOR APARTMENTS: Blink Mini indoor camera -- $24.99 (save 29%) If you're planning on traveling to see family this holiday season, you should prep your home for your absence. One step to take is investing in a security camera, so you can have some peace of mind and actually enjoy your vacation -- or at least get through the holidays without any extra stressors. To see what's going on around the outside of your house, grab this three-camera kit and hang them up in areas you want to keep an eye on. If you don't have a video doorbell, it's probably smart to install one of these cameras near your front door. The Blink Outdoor cameras are wireless, have night vision, and are built to withstand bad weather.

Black Friday deal: Save on the Google Home Mini

"Hey Google" might become your new favorite phrase after this year's Black Friday season. Powered by Google Assistant, this little device is a great entry point for those looking to dabble in the smart home life. Not only can you use its Bluetooth capabilities to play music from your smartphone, but you can also use it as a smart home assistant. Use it to get information about the weather, turn off the lights, make hands-free calls, set reminders, play white noise while you're sleeping, and more. In addition to the sleek white option, the Mini comes in a charcoal color for the same price. You may want to invest in several for multiple rooms in your home -- just an idea.