Knowledge of Mathematics is essential to understand the data science basics. So if you want to learn Mathematics for Data Science, this article is for you. In this article, you will find the 10 Best Mathematics for Data Science Free Courses. For these courses, You don't need to pay a single buck. Now, without any further ado, let's get started- This is a completely FREE course for beginners and covers data visualization, probability, and many elementary statistics concepts like regression, hypothesis testing, and more.

A few years ago, at the Princeton Club in Manhattan, I chanced on a memorable chat with the Harvard psychologist Steven Pinker. His spouse, the philosopher Rebecca Goldstein, with whom he was tagging along, had been invited onto a panel to discuss the conflict between religion and science and Einstein's so-called "God letter," which was being auctioned at Christie's. Pinker had recently published Enlightenment Now: The Case for Reason, Science, Humanism, and Progress. I was eager to pepper him with questions, mainly on religion, rationality, and evolutionary psychology. I remember I wanted Pinker's take on something Harvey Whitehouse, one of the founders of the cognitive science of religion, told me in an interview--that my own little enlightenment, of becoming an atheist in college, was probably mostly a product of merely changing my social milieu. I wasn't so much moved by rational arguments against the ethics and existence of God but by being distanced from my old life and meeting new, non-religious friends. I recall Pinker almost pouncing on that argument, defending reason's power to change our minds. He noted that people especially high in "intellectance," a personality trait now more commonly called "openness to experience," tend to be more curious, intelligent, and willing to entertain new ideas. I still think that Pinker's way of seeing things made more sense of my experience in those heady days. I really was, for the first time, trying my best to think things through, and it was exhilarating. We talked until the event staff shelved the wine, and parted ways at a chilly midtown intersection.

If you've ever searched for evaluation metrics to assess model accuracy, chances are that you found many different options to choose from. Accuracy is in some sense the holy grail of prediction so it's not at all surprising that the machine learning community spends a lot time thinking about it. In a world where more and more high-stake decisions are being automated, model accuracy is in fact a very valid concern. But does this recipe for model evaluation seem like a sound and complete approach to automated decision-making? Some would argue that we need to pay more attention to model uncertainty. No matter how many times you have cross-validated your model, the loss metric that it is being optimized against as well as its parameters and predictions remain inherently random variables.

After the user provides a few examples of desired outcomes, MURAL automatically infers a reward function that takes into account these examples and the agent's uncertainty for each state. Although reinforcement learning has shown success in domains such as robotics, chip placement and playing video games, it is usually intractable in its most general form. In particular, deciding when and how to visit new states in the hopes of learning more about the environment can be challenging, especially when the reward signal is uninformative. These questions of reward specification and exploration are closely connected -- the more directed and "well shaped" a reward function is, the easier the problem of exploration becomes. The answer to the question of how to explore most effectively is likely to be closely informed by the particular choice of how we specify rewards.

Model speed can be a deal breaker on large datasets. Leveraging an empirical study, we will look at two dimension reduction techniques and how they can be applied to a Gaussian Processes. Regarding implementation of the method, anyone familiar with the basics of conditional probability can develop a Gaussian Process model. However, to fully leverage the capabilities of the framework, a fair amount of in-depth knowledge is required. Gaussian processes also are not very computationally efficient, but their flexibility is makes them a common choice for niche regression problems.

After the user provides a few examples of desired outcomes, MURAL automatically infers a reward function that takes into account these examples and the agent's uncertainty for each state. Although reinforcement learning has shown success in domains such as robotics, chip placement and playing video games, it is usually intractable in its most general form. In particular, deciding when and how to visit new states in the hopes of learning more about the environment can be challenging, especially when the reward signal is uninformative. These questions of reward specification and exploration are closely connected -- the more directed and "well shaped" a reward function is, the easier the problem of exploration becomes. The answer to the question of how to explore most effectively is likely to be closely informed by the particular choice of how we specify rewards. 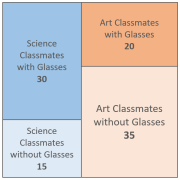 From the previous article, we know that Bayesian Neural Network would treat the model weights and outputs as variables. Instead of finding a set of optimal estimates, we are fitting the probability distributions for them. But the problem is "How can we know what their distributions look like?" To answer this, you have to learn what prior, posterior, and Bayes' theorem are. In the following, we will use an example for illustration.

There are proposals that extend the classical generalized additive models (GAMs) to accommodate high-dimensional data ($p>>n$) using group sparse regularization. However, the sparse regularization may induce excess shrinkage when estimating smoothing functions, damaging predictive performance. Moreover, most of these GAMs consider an "all-in-all-out" approach for functional selection, rendering them difficult to answer if nonlinear effects are necessary. While some Bayesian models can address these shortcomings, using Markov chain Monte Carlo algorithms for model fitting creates a new challenge, scalability. Hence, we propose Bayesian hierarchical generalized additive models as a solution: we consider the smoothing penalty for proper shrinkage of curve interpolation and separation of smoothing function linear and nonlinear spaces. A novel spike-and-slab spline prior is proposed to select components of smoothing functions. Two scalable and deterministic algorithms, EM-Coordinate Descent and EM-Iterative Weighted Least Squares, are developed for different utilities. Simulation studies and metabolomics data analyses demonstrate improved predictive or computational performance against state-of-the-art models, mgcv, COSSO and sparse Bayesian GAM. The software implementation of the proposed models is freely available via an R package BHAM.

One's ability to learn a generative model of the world without supervision depends on the extent to which one can construct abstract knowledge representations that generalize across experiences. To this end, capturing an accurate statistical structure from observational data provides useful inductive biases that can be transferred to novel environments. Here, we tackle the problem of learning to control dynamical systems by applying Bayesian nonparametric methods, which is applied to solve visual servoing tasks. This is accomplished by first learning a state space representation, then inferring environmental dynamics and improving the policies through imagined future trajectories. Bayesian nonparametric models provide automatic model adaptation, which not only combats underfitting and overfitting, but also allows the model's unbounded dimension to be both flexible and computationally tractable. By employing Gaussian processes to discover latent world dynamics, we mitigate common data efficiency issues observed in reinforcement learning and avoid introducing explicit model bias by describing the system's dynamics. Our algorithm jointly learns a world model and policy by optimizing a variational lower bound of a log-likelihood with respect to the expected free energy minimization objective function. Finally, we compare the performance of our model with the state-of-the-art alternatives for continuous control tasks in simulated environments.