Danone, Microsoft join forces for AI accelerator: 'The success of the food revolution will depend on data' 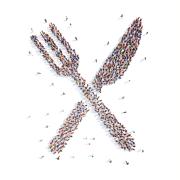 The AI Factory for AgriFood is the third class of the Microsoft AI factory, which aims to support start-ups specialising in artificial intelligence. The programme is organised around five major economic and societal challenges: health, environment & energy, transportation, financial services and agrifood. The AI Factory for Agrifood aims to accelerate the digital transformation of the food sector by helping start-ups to continue their development in artificial intelligence and cloud computing. Specifically, Danone and Microsoft said they hope to encourage projects serving regenerative agriculture (soil health, animal welfare, support for farmers), sustainable food, waste minimisation and optimisation of supply chains. The accelerator will take a'full ecosystem' approach, reflecting Danone's'One Planet, One Health' vision, which links human and planetary health across the venue chain.

How Chatbots Hold Power to Revolutionize the Finance Services?

The days of waiting in a long queue to deposit some amount in your bank accounts are gone. The digitalization of the world has improved many concepts, including the ones from the banking and finance sectors. With the help of online banking, performing transactions has become quick and easier.

Use of this site constitutes acceptance of our Terms of Use and Privacy Policy (Your California Privacy Rights) CCPA Do Not Sell My Information Fortune may receive compensation for some links to products and services on this website. Offers may be subject to change without notice. Quotes delayed at least 15 minutes. Market data provided by Interactive Data. ETF and Mutual Fund data provided by Morningstar, Inc. S&P Index data is the property of Chicago Mercantile Exchange Inc. 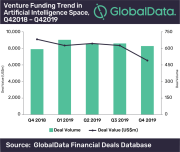 VC funding and M&A deal activity in the AI space remained inconsistent in both value and volume terms during Q1 2019 – Q4 2019. However, despite the fluctuations, both VC and M&A deal volume showcased an increase in Q4 2019 compared to Q4 2018. In contrast, VC and M&A deal value declined in Q4 2019 compared to Q4 2018. Aurojyoti Bose, Lead Analyst at GlobalData, comments: "AI start-ups have been getting lots of VC investors' attention for the past few years. However, the growth in deal value has slowed recently, which seems to be a short-term phenomenon with long-term prospects likely to remain positive."

To support Thai policymakers in navigating this transition, the Institute of Public Policy and Development commissioned The Economist Intelligence Unit to conduct a foresight exercise that investigates how AI could affect key social and economic metrics in Thailand across three scenarios. In each of these scenarios, we have assumed that AI technology will substantially increase the use of computers and raise productivity. We focused our analysis on two critical and uncertain factors: the effectiveness of industrial policy and the extent of skills development in an AI-augmented economy. To better measure the magnitude of these impacts, we built an econometric model that forecasts four social and economic metrics to 2035: GDP growth, employment, productivity, and the relative importance of different sectors in the economy (industry, services and agriculture). We used qualitative analysis to build out our scenarios, considering the implications of AI and AI-assisted automation for specific sub-sectors of the economy, as well as wages, inequality, and social and political impacts.

AI and Machine Learning for Financial Institutions: Breaking down the terminology - Experian Insights

While many companies are interested in implementing technology with advanced analytic capabilities, the concepts behind the technology can often be hard to understand. Demystifying the terminology around artificial intelligence and machine learning is one of the first steps for successful implementation.

Here's Why CRISIL is Investing into Deep Learning - ET CIO

"We are transforming the business analysis process through automation, aimed at making the life of every analyst focused on providing quality output rather than substantial manual efforts on data quality check, " Ramesh Lakshminarayanan, CIO, CRISIL told ETCIO. To improve its research reports and analytics, Crisil has been adopting automated data extraction including extraction of unstructured paragraphs, tables, etc which are automated to the data mapping (financial taxonomy mapping) and automatic text summarisation (Natural Language Generation, or NLG) of analyst opinion. Almost 90 percent of Crisil's key processes are data-driven. The company has initiated a large streamlining effort in 2019, in multiple phases. The first phase was to automate a lot of mundane web crawling/ extraction work, as the ratings agency collected a chunk of data from various sources on the web.

Artificial intelligence (AI) is changing the way we live and work, and it has the potential to transform virtually every sector of the global economy – from healthcare and education to transport and energy systems. It holds tremendous promise for economic productivity, scientific advancements and sustainable development. Yet there are also anxieties around where the technology may lead us, including concerns that it may codify existing biases and discriminatory practices, or displace workers by accelerating automation. For governments, this presents a pressing question: how can we harness the potential of AI to improve well-being for all, while also mitigating the risks that it poses? The OECD AI Principles – the first intergovernmental standard on AI – provide a way forward.

Artificial Intelligence (AI) is having a seismic impact across the banking industry. Its utilisation is broad and diverse, ranging in application from chatbots and virtual assistants to profiling customers, streamlining processes, identifying trends and patterns in customer behaviour and risk management. If you're new to the world of AI, getting to grips with the terminology can seem daunting, but getting started in AI is way more straightforward than you might think – and the rewards for taking action early can be vast in terms of keeping your customers happy, providing a unique competitive edge for your business and reaping the associated commercial rewards. According to industry analysts, AI has the potential to drive one of the greatest and most profound technological revolutions in modern history. Artificial Intelligence, or AI as its more commonly referred, relates to the design and creation of systems, machines or applications that possess the ability to undertake complex tasks traditionally performed by humans.

Graphcore Ltd., the British semiconductor firm whose chips are used to run artificial intelligence programs, has raised $150 million, bringing its valuation to $1.95 billion. The company now has $300 million in cash, which it will use to invest in research and development and global expansion, Bristol, England-based Graphcore said in a statement on Tuesday. After it raised $200 million in 2018, Graphcore was approached by additional investors who wanted to put money into the company, Chief Executive Officer Nigel Toon said in an interview. While the company has no immediate plans for an initial public offering, several of its investors, such as Baillie Gifford, have experience investing in publicly traded technology companies and are the types of shareholders the company would try to target if it were to go public at some point in the future, Toon said. "Having this additional capital on hand allows us to accelerate our investment and allows us to be in a position to support the really large customers who we're building business with," Toon said.