Computers could revise past conclusions with AI

To better automate reasoning, machines should ideally be able to systematically revise the view they have obtained about the world. Timotheus Kampik's dissertation work presents mathematical reasoning approaches that strike a balance between retaining consistency with previously drawn conclusions and rejecting them in face of overwhelming new evidence. When reasoning and when making decisions, humans are continuously revising what their view of the world is, by rejecting what they have previously considered true or desirable, and replacing it with an updated and ideally more useful perspective. Enabling machines to do so in a similar manner, but with logical precision, is a long-running line of artificial intelligence research. In his dissertation, Timotheus advances this line of research by devising reasoning approaches that balance retaining previously drawn conclusions for the sake of ensuring consistency and revising them to accommodate new compelling evidence.

Bell to work with Vector Institute on artificial intelligence research

Telecommunications giant Bell is entering a partnership with Vector Institute to advance research and applications relating to artificial intelligence. The institute is dedicated to studying AI and works with various companies and organizations to drive research and development. Bell notes this partnership will help the company continue innovating in the telecom sector and be a part of emerging AI technologies in Canada and across Bell. "Bell is thrilled to collaborate with Vector and the work they're doing in developing new research and expertise in artificial intelligence in Canada," John Watson, group president of customer experience, said in a statement. "Fostering the development of new technologies within our borders helps Canadian industry, and in turn, benefits Canadians. We are proud to help accelerate innovation in this field so that we can harness AI for applications at Bell." 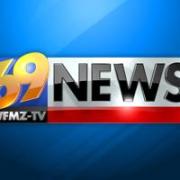 The European Laboratory for Learning and Intelligent Systems (ELLIS), the leading European Artificial Intelligence (AI) association with a focus on scientific excellence, is developing an ambitious project to create a multicentric European AI lighthouse. It has presented such a vision to members of the European Parliament and relevant stakeholders, asking for their support. In an official statement, ELLIS argues in favour of this decentralised model for several key reasons, such as the flexibility and versatility arising from having a network of research units; the promotion of one of Europe's key assets, its diversity; an increased ability to attract and retain talent; and the support of the adoption of AI advances and the subsequent wealth generation in several European regional ecosystems. These advantages would not exist if there were a single research centre or AI lighthouse for all of Europe. Nuria Oliver, Scientific Director and co-founder of the Alicante ELLIS Unit Foundation and Vice-President of ELLIS Europe, has emphasised the importance of this vision to "turn Europe into an AI world power through the development of strong regional ecosystems". From ELLIS Alicante, a foundation promoted by the Generalitat Valenciana (Regional Government of Valencia), Oliver says that "instead of working as independent bodies, the cross-cutting nature of AI emphasises the importance of working with such a multi-centric approach.

The Research Brief is a short take about interesting academic work. A unique material, nickel oxide demonstrates the ability to learn things about its environment in a way that emulates the most basic learning abilities of animals, as my colleagues and I describe in a new paper. For over half a century, neuroscientists have studied sea slugs to understand basic animal learning. Two fundamental concepts of learning are habituation and sensitization. Habituation occurs when an organism's response to a repeated stimulus continuously decreases.

If New Zealand does not invest in artificial intelligence research, its AI capabilities will only be efficient software running in the cloud of large overseas companies, creating risk for the country's technology and data sovereignty independence. This is a conclusion of the first white paper issued by New Zealand's Artificial Intelligence Researchers Association, which says our universities and research institutes have very strong AI research with "huge breadth and potential". "It is imperative to create and invest in an AI ecosystem where industry and research organisations can work together more closely for the benefit of Aotearoa New Zealand," said the paper. AI was profoundly changing how people live and work, and its cumulative impact was likely to be comparable to transformative technologies such as electricity or the internet. "As a result it is imperative that we take a strategic approach to realising the potential benefits offered by AI and to protecting people against the potential risks," the paper said.

In terms of creating world-leading AI businesses, nurturing a pool of talented AI engineers, applying AI technologies to our government, agriculture, manufacturing, and service industries, and holding a meaningful national debate on the broader implications for society, the rapid development of AI technologies presents major opportunities and challenges for New Zealand. Hence, New Zealand must engage actively with AI now to ensure its future success. If New Zealand does not invest in artificial intelligence research, its AI capabilities will be limited to efficient software running on the clouds of giant multinational corporations, jeopardising the country's technological and data sovereignty. This was confirmed in the publication of New Zealand's first white paper, which claims that the country's universities and research institutes have "great breadth and potential" in AI research. The white paper recognised the importance of AI and emphasised the importance of establishing and investing in an AI ecosystem in which industry and research organisations can collaborate more closely for the benefit of Aotearoa New Zealand.

It's likely no surprise that women are still massively underrepresented in the tech industry today. Even with a push over the last few years for more women to pursue careers in STEM--science, technology, engineering, and mathematics--they still make up a tiny percentage of those working in the field. Data shows that of those doing STEM-focused research around the world, less than 30% are women. Unfortunately, when you narrow the focus down to women working specifically in smart tech and machine learning, the numbers get even smaller. You might wonder why it matters who is behind the data and code creation when it's essentially a non-gendered machine or robot doing all of the processing, but it does.

The EU is winning the battle for trust among artificial intelligence (AI) researchers, academics on both sides of the Atlantic say, bolstering the Commission's ambitions to set global standards for the technology. But some fear the EU risks squandering this confidence by imposing ill-thought through rules in its recently proposed Artificial Intelligence act, which some academics say are at odds with the realities of AI research. "We do see a push for trustworthy and transparent AI also in the US, but, in terms of governance, we are not as far [ahead] as the EU in this regard," said Bart Selman, president of the Association for Advancement of Artificial Intelligence (AAAI) and a professor at Cornell University. Highly international AI researchers are "aware that AI developments in the US are dominated by business interests, and in China by the government interest," said Holger Hoos, professor of machine learning at Leiden University, and a founder of the Confederation of Laboratories for Artificial Intelligence Research in Europe (CLAIRE). EU policymaking, though slower, incorporated "more voices, and more perspectives" than the more centralised process in the US and China, he argued, with the EU having taken strong action on privacy through the General Data Protection regulation, which came into effect in 2018.

China Ranks Second in the World in Artificial Intelligence Research

According to a report by the Chinese Institute of Scientific and Technical Information and Peking University, China ranked second behind the United States in last year's worldwide rankings for innovation in artificial intelligence. Thus, China has advanced from the third place to the global second position, where it was positioned the previous year. The report in question shows that China is not only among the "top 46" among the 10 countries included in the classification, according to the basic criteria, but is at the very beginning. When we look at the countries that are among the top 10, one of the remarkable facts is the abundance of Asian countries, the number of which is up to four. Following China in second place is South Korea in third place, Singapore in seventh place and Japan in ninth place. From North America, apart from the USA, Canada placed fourth.

Indiana University will be a principal organization in two of the U.S. National Science Foundation's 11 new NSF National Artificial Intelligence Research Institutes, helping advance artificial intelligence to improve people's lives. Overall, the 11 institutes are focused on AI-based technologies that will result in advances such as helping older adults lead more independent lives, creating solutions to improve agriculture and food supply chains, and transforming AI into accessible "plug-and-play" technology, the NSF said in an announcement. The IU Luddy School of Informatics, Computing and Engineering and the Center of Excellence for Women and Technology, both based at IU Bloomington, will collaborate with the AI Institute for Intelligent Cyberinfrastructure with Computational Learning. Researchers from the IU School of Education at IU Bloomington and the Luddy School are part of the team for the NSF AI Institute for Engaged Learning, which will advance natural language processing, computer vision and machine learning to engage learners in AI-driven narrative-centered learning environments, particularly in STEM. Students will be engaged through story-based problem scenarios.