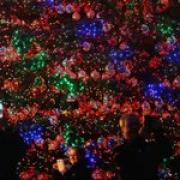 An artificial intelligence program has written a Christmas carol. Researchers at the University of Toronto used their "" program to write a Christmas carol based off of a "Christmassy photograph," The Guardian reports. The scientists simply uploaded the photograph into a computer hosting the program and then "let it do its thing." The artificial intelligence program then wrote several lines of lyrics and sang them to music it Read More ... Tags: Computer systems Computer Software Artificial intelligence Google's DeepMind'Lab' opens up source code, joins race to develop artificial general intelligence Following right on its heels came Google's that, its machine learning platform, has created a "lab." The DeepMind Lab offers a 3D training environment, and its entire code library is now available on the open source hosting service GitHub. 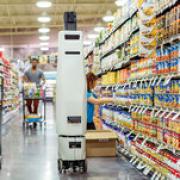 Now Silicon Valley has found its next shiny new thing. And it does not have a "Like" button. In the pixelated cube world of "Minecraft," players can create almost anything their hearts desire. Now, Microsoft is using the popular world-building game to build and test artificial intelligence in the fictional environment. Microsoft has made a platform for (AI) research using a modified version of "Minecraft" that will become available to the public following a limited release to select researchers.

Google buys machine vision startup focusing on'instant object recognition' It's a good time to be a machine learning startup. Two weeks after Twitter bought, has purchased . The acquisition was made for an unknown sum, and seems primarily a grab for talent. Moodstocks' engineers and researchers will move to Google's Paris R&D site, and the startup's primary commercial product -- an image recognition API for smartphones -- will be phased out. "Ever since we started Moodstocks, our Read More ... Tags: Computer systems Artificial intelligence Machine intelligence Machine learning Places: Americas North America United States Google today announced it has acquired French machine learning startup Moodstocks for an undisclosed sum.