Here's Why CRISIL is Investing into Deep Learning - ET CIO

"We are transforming the business analysis process through automation, aimed at making the life of every analyst focused on providing quality output rather than substantial manual efforts on data quality check, " Ramesh Lakshminarayanan, CIO, CRISIL told ETCIO. To improve its research reports and analytics, Crisil has been adopting automated data extraction including extraction of unstructured paragraphs, tables, etc which are automated to the data mapping (financial taxonomy mapping) and automatic text summarisation (Natural Language Generation, or NLG) of analyst opinion. Almost 90 percent of Crisil's key processes are data-driven. The company has initiated a large streamlining effort in 2019, in multiple phases. The first phase was to automate a lot of mundane web crawling/ extraction work, as the ratings agency collected a chunk of data from various sources on the web.

What is Artificial Intelligence in Business Marketing? @eVisionMedia

Susan Friesen, founder of the award-winning web development and digital marketing firm eVision Media, is a Web Specialist, Business & Marketing Consultant, and Social Media Advisor. She works with entrepreneurs who struggle with having the lack of knowledge, skill and support needed to create their online business presence. As a result of working with Susan and her team, clients feel confident and relieved knowing their online marketing is in trustworthy and caring hands so they can focus on building their business with peace of mind at having a perfect support system in place to guide them every step of the way.

Chris Smith and Phil Sansom delve into the world of artificial Intelligence (AI) to find out how this emerging technology is changing the way we practise medicine... Mike - I think this is an area where AI stands a really good chance of making quite dramatic improvements to very large numbers of people's lives. Carolyn - Save lives and reduce medical complications. Beth - That's a concern - when machine-learning algorithms learn the wrong things. Andrew - Frankly revolutionary productivity that we are now starting to see from these AI approaches in drug design. Lee - It will replace all manual labor in all research laboratories. And then suddenly everyone can collaborate. Phil - But what was previously sci-fi is now closer to reality. AI technology exists, and there's a brand new frontier where it's being applied to the world of healthcare. Chris - But this isn't the AI you see in the movies.

The AI-Base Module will be implemented across 5,000 Atal Tinkering Labs (ATL), empowering 2.5 million students. The module is likely to be introduced to ATL students on 27 February. The module contains activities, videos and experiments that enable students to work through and learn the various concepts of AI. Niti Aayog CEO Amitabh Kant said the AI module was critical since it was targeted at young children. "This is path breaking, it combines playing and academics and our job is to make things very interesting. We want to make artificial intelligence a great fun, so that children can enjoy it, they can evolve and learn and take India forward," said Kant. "This is the first ever industry government academia initiative on such a scale to keep the school students abreast of latest technologies," said Mission Director Atal Innovation Mission, NITI Aayog R Ramanan.

Artificial intelligence (AI) has proved to be a useful ally in the battle against antibiotic resistance. A powerful antibiotic that's even able to kill superbugs has been discovered thanks to a machine-learning algorithm Researchers from MIT used a novel computer algorithm to sift through a vast digital archive of over 100 million chemical compounds and spot those that were able to kill bacteria using different mechanisms from existing drugs. Reported in the journal Cell, this method highlighted a molecule that appeared to possess some truly remarkable antibiotic properties. The team named the molecule halicin, a hat tip to the sentient AI system "Hal" from Stanley Kubrick's film 2001: A Space Odyssey. When tested in mice, halicin was able to effectively treat tuberculosis and drug-resistant Enterobacteriaceae, the family of bacteria that includes E. coli and Salmonella.

Denis Shiryaev specializes in using AI-powered neural networks to upscale historical footage, and his latest work is this short clip of Moscow, Tverskaya Street in 1896 that was originally captured by Charles Moisson from the Lumière company. The neural networks were used upscale to 60FPS, boost image resolution with ESRGAN (general dataset), resort video sharpness, remove blur, remove compression artifacts, and colorization. Neural networks are basically networks of artificial neurons, or mathematical functions that transform a set of input values into an output value. The key feature is that they can be trained, so if you have lots of example inputs whose "correct" outputs are known, you can tune the parameters of the network to make it more likely to produce correct answers. The goal is that this training will generalize, in which once you've trained the neural networks to produce the right answer for inputs the network has seen before, it will produce good answers for inputs it hasn't seen as well.

CTA rolls out standards for AI use in health care 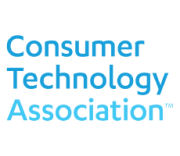 CTA, in collaboration with more than 50 companies and organizations, has developed the first ANSI-accredited standard for defining terms related to artificial intelligence in health care. "As health systems and providers use AI tools such as machine learning to diagnose, treat and manage disease, there's an urgent need to understand and agree on AI concepts for consistent use," said CTA's Rene Quashie.

US opioid crisis: 100,000 overdose deaths may have gone uncounted

Far more people in the US may have died from opioids in the past two decades than previously reported, according to a new analysis of unclassified drug deaths carried out using machine-learning algorithms. Elaine Hill and her colleagues at the University of Rochester, New York, were examining data on drug overdose deaths when they realised that 22 per cent of such cases reported between 1999 and 2016 were listed on death certificates as overdoses without specifying the substance involved. "We found that remarkable, given the scale of the issue," says team member Andrew Boslett. The team tried to estimate what percentage of these unclassified deaths were due to opioids by analysing the coroners' and medical reports from opioid overdoses and unclassified overdoses. First, the researchers used machine-learning algorithms to analyse deaths that had been recorded as being due to opioid overdose.

The Forest Spirits of Today Are Computers - Issue 82: Panpsychism

Years before smart homes became a thing, I replaced all the switches in our house with computerized switches. At first, it was just a way to add wall switches without pulling new wire. Over time, I got more ambitious. The system runs a timer routine when it detects no one is home, turns on the basement light when you open the door, and lights up rooms in succession on well-worn paths such as bedroom to kitchen. Other members of the family are less enthusiastic. A light might fail to turn on or might go out for lack of motion, or maybe for lack of any discernible reason. The house seems to have a mind of its own.