The developer role is changing radically, and these figures show how

Microsoft-owned GitHub says it now has more than 100 million developers using the code-hosting service to contribute to software projects. GitHub's user numbers are up from 73 million in 2021 and 40 million in 2019, which was a year after Microsoft acquired it for $7.5 billion, with 28 million users, and gained cross-platform desktop development framework Electron. If GitHub's 100 million users are all active developers, it perhaps reflects how the nature of software development is changing. Also: Memory safe programming languages are on the rise. Here's how developers should respond SlashData, for example, estimates there are 24 million active developers worldwide.

Sanskrit as a Codified Language. Special help from Vinayak Ojha, A… 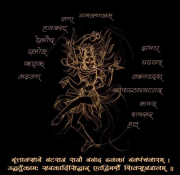 Computing started in April 1936 with the invention of the first electronic computer by IBM. It gave new hope towards coding languages which was a previously unknown field. What if someone told you, the hunt for codification in languages started way back? Like many ancient Indian forgotten legends. One example is Panini's "Ashtadhyayi".

ChatGPT as a Python Programming Assistant by Matthew Mayo ChatGPT: Everything You Need to Know by Nisha Arya Explainable AI: 10 Python Libraries for Demystifying Your Model's Decisions by Maryam Miradi How to Use Python and Machine Learning to Predict Football Match Winners by Vaishnavi Amira Yada 20 Questions (with Answers) to Detect Fake Data Scientists: ChatGPT Edition, Part 1 by Matthew Mayo

Java is also the most widely used programming language by all developers and programmers to develop machine learning solutions and enterprise development. Similar to Python, Java is also a platform-independent language as it can also be easily implemented on various platforms. Further, Java is an object-oriented and scalable programming language. Java allows virtual machine technology that helps to create a single version of the app and provides support to your business. The best thing about Java is once it is written and compiled on one platform, then you do not need to compile it again and again.

Top Python Libraries to Assist You in Machine Learning Tasks

Alekh Verma is the CEO and Founder of eSearch Logix Technologies Pvt. Ltd., a digital positioning and branding firm that provides web development, mobile development and digital marketing services for clients across the globe. Overseeing the company's operations worldwide, he has been responsible for end-to-end management of service and support with a creative and futuristic vision. Building expertise over the years in all aspects of digital product development and marketing channel, he is also fond of contributing articles and information collections regularly to leading publishers online focusing on balancing knowledge, experience and digital industry growth.

What are estimators, transformers and predictors in sklearn? - The Security Buddy

Scikit-learn or sklearn is a machine learning library for the Python programming language. This library provides various classes and functions for classification, regression, and clustering algorithms. The sklearn library is mostly written in Python and it is built on NumPy, SciPy and Matplotlib Python library. The sklearn library has three main types of objects. They are estimators, transformers, and predictors.

The Linux Foundation has today announced that its AgStack project will host a new open-source code base and computation engine that offers a data dataset of registry data for agricultural fields to aid in food traceability, carbon tracking, crop production and other field-level analytics. The computation engine is fully automated and creates, maintains and hosts the global dataset based on code contributed by Dr. Sherrie Wang, Dr. Francois Waldner and Professor David Lobell at The Center on Food Security and the Environment at Stanford University. Funding for the project came from various organizations, including the NASA Harvest Consortium. Said to be the first of its kind, the AgStack Asset Registry dataset was built and is continuously updated using data from satellites and actual field registrations that contain information on boundaries, not ownership. The data is then used to train machine learning models to ascertain more boundaries.

Programming languages: Why this old favorite is on the rise again

Software-testing firm Tiobe, which maintains a monthly tracker of the popularity of the vast array of programming languages available to software developers, has picked C as its programming language of 2022. Despite it being placed third in Tiobe's January 2023 index, the popularity of C rose faster than all other languages last year, up by 4.26% compared with January 2022, the company said. Here's a list of the most popular programming languages and where to learn them Runners-up this year were C, the second most popular language, which grew in popularity by 3.82%, and Python, the top language, which grew by 2.78%. Having fallen from third, Java is now in fourth place, growing 1.55%. "The reason for C's popularity is its excellent performance while being a high level object-oriented language. Because of this, it is possible to develop fast and vast software systems (over millions of lines of code) in C without necessarily ending up in a maintenance nightmare," says Tiobe CEO Paul Jensen.