UK schools will use facial recognition to speed up lunch payments

Facial recognition may soon play a role in your child's lunch. The Financial Times reports that nine schools in the UK's North Ayrshire will start taking payments for canteen (aka cafeteria) lunches by scanning students' faces. The technology should help minimize touch during the pandemic, but is mainly meant to speed up transaction times. That could be important when you may have roughly 25 minutes to serve an entire school of hungry kids. Both the schools and system installer CRB Cunningham argued the systems would address privacy and security concerns.

What Role Can Artificial Intelligence Play in Fixing the Security Skills Shortage? 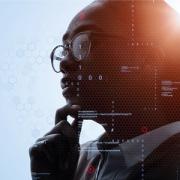 Demand for highly desirable digital skills is hitting new heights. A recent Learning and Work Institute report noted that one in four (27%) employers now need the majority of their workers to have in-depth specialist knowledge in one or more technology areas. And 60% of those surveyed expect their reliance on advanced digital skills to increase over the next five years. The skills gap is particularly prevalent in the security tech sector. A global study from the Center for Cyber Safety and Education predicted a terrifying shortage of 1.8 million security workers by 2022.

Artificial Intelligence can enhance human intelligence.AI systems if used can be very beneficial in cybersecurity, AI systems can be trained to generate alerts for threats, identify new types of malware and protect sensitive data and could be very useful against cyber attacks. According to research, a midsize company get alerts for over 200,000 cyber events every day. Some of these threats will therefore, naturally go unnoticed and cause severe damage to company and data. A lot of activity happens on a company's network. An mid-sized company itself has huge traffic.

From Fortnite to Fifa, online video game players warned of rise in fraud

Players of online video games such as Roblox, Fortnite and Fifa are being warned to watch out for scammers, amid concerns that gangs are targeting the platforms. Multiplayer games boomed during the pandemic lockdowns as people turned to socialising in virtual spaces. One of the UK's biggest banks, Lloyds, is so concerned about how games are being used that it will this week launch a warning code for players, and a character to go with it. Its research found that a fifth of gamers had either been a victim of a gaming-related scam, or knew someone who had, but less than a third said they knew how to spot one. "Scammers are always looking for new ways to trick people out of their money, and the world of video games is no exception," said Philip Robinson, fraud prevention director at Lloyds.

How AI Can Stop Zero-Day Ransomware

Over the past year, the sheer number of ransomware attacks have increased dramatically, with organizations of all stripes being affected: government entities, educational institutions, healthcare facilities, retailers, and even agricultural groups. While the bulk of the media attention has been on critical infrastructure and large organizations, attackers are not limiting themselves to just those types of victims. "That's really just the tip of the iceberg," says Max Heinemeyer, director of threat hunting at Darktrace. "We see not just big names being hit. It's basically any company where adversaries think they can pay the ransom. Anybody who's got money and running some kind of digital business is basically in the crosshairs."

PASS stands for Pictures without humAns for Self-Supervision. It is a large-scale unlabelled image dataset created to alleviate ethical, legal, and privacy concerns around the famous Imagenet dataset. Motivated by this, we thus consider forming a dataset without using labels, significantly increasing diversity and removing the search engine selection bias. Because we remove images with humans, we further significantly reduce the risk of including contextual biases linked to the appearance of people. Furthermore, due to its more random and unsupervised nature, this dataset also serves as a better benchmark for SSL to study scaling to natural images that are not curated to a pre-defined set of class labels, addressing a technical shortcoming of current evaluations.

Here are some of the best online sites where you can learn to code in it. Are you ready for a major life change? Then check out these 17 self-paced course bundles and train for an exciting new career or boost the one you already have. Many of them will teach you highly portable skills so that they will be great for remote work. Just remember to give yourself an edge over any competition and create an impressive video presence, whether on the job or interviewing for one.

More than 240 metro stations across Moscow now allow passengers to pay for a ride by looking at a camera. The Moscow metro has launched what authorities say is the first mass-scale deployment of a facial recognition payment system. According to The Guardian, passengers can access the payment option called FacePay by linking their photo, bank card and metro card to the system via the Mosmetro app. "Now all passengers will be able to pay for travel without taking out their phone, Troika or bank card," Moscow mayor Sergey Sobyanin tweeted. In the official Moscow website's announcement, the country's Department of Transport said all Face Pay information will be encrypted.

A top Pentagon software official recently quit his job, claiming that the US is dragging its heels. The Pentagon's first-ever chief software officer abruptly quit earlier this month, and now we know exactly why: Nicolas Chaillan, former CSO of the United States Air Force and Space Force, told the Financial Times that the United States has "no competing fighting chance against China in 15 to 20 years" when it comes to cyberwarfare and artificial intelligence. Chaillan, a 37-year-old tech entrepreneur, added that cyber defenses at many government agencies are at "kindergarten level," and that companies like Google were doing the US a disservice by not working with the military more on AI, since Chinese companies were making a "massive investment" in AI without getting all hung up on the ethics of it all. And while quitting your job because America has already lost the AI race is a bit dramatic, Chaillan isn't the only one who's concerned about China's dominance in this arena.

U.S. pursues a unique solution to fight hackers. It revolves around esports. The U.S. cyber team's head coach, retired U.S. Army Special Forces Lt. Col. TJ O'Connor, noted the unique platform presented by cybersecurity competitions. Unlike other forms of computer science education, O'Connor said, staying up to date on the latest developments in cybersecurity is difficult, with hackers constantly iterating on and developing new tactics to break through cyberdefenses. it would still be hard to simulate being in the thick of such an operation, .