Japanese convenience stores are testing out robots to stock store shelves in hopes of combating the country's labor shortage and allowing human workers to socially distance during a pandemic. FamilyMart, Japan's second largest convenience store chain, has partnered with robotics company Telexistence on an android stock boy named Model-T, after Henry Ford's famous car. Rather than use AI, Model-T is connected to a human operator who manipulates the robot's movements remotely using virtual reality (VR). The seven-foot tall robot has a wide range of motion, necessary for lifting and moving products, with a lag time of only 50 milliseconds between operator and automaton. This week Model-T was rolled out at Lawson, another convenience store that is a subsidiary of Mitsubishi.

TL;DR: As of Sept. 18, Oculus Quest 2 VR headsets, accessories, and bundles are available to pre-order at Amazon, Best Buy, Walmart, Target, GameStop, and at Oculus.com; the headset itself starts at $299 for 64GB of storage. Between the Nintendo Switch, the Xbox Series X, and the Playstation 5, 2020 is proving to be a huge year for video game consoles. But if initial reviews are to be believed, you're going to want to scoot the all-new Oculus Quest 2 to the top of your "must-buy" list. Announced at the Facebook Connect virtual and augmented reality conference on Sept. 16, the successor to 2019's Oculus Quest is a standalone wireless headset featuring four headset-mounted cameras, 3D positional audio, a high-res display panel capable of supporting 90Hz refresh rates, and the new Snapdragon XR2 chipset, which is specially designed for VR and AR. It's remarkably easy to set up and use (although a Facebook login is required -- boo), and you can choose from two different configurations: either 64GB or 256GB of storage.

Art News: How AI, AR, and Blockchain Are Democratizing The Art World

This article originally appeared in YFS Magazine. The art world has become a more inclusive, engaging place for newcomers and connoisseurs alike -- and we owe technology much of the credit. From machine learning and personalization to augmented reality and blockchain integrations, new technologies continue to reshape and reimagine what the art world can be and who has access to it. Many people still believe consumers won't buy art without experiencing it in-person. Online art galleries are flourishing, however, and new tools make it easier than ever for potential buyers to get up close and personal with works of art that could be thousands of miles away. 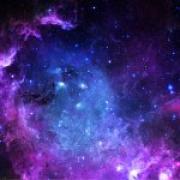 Artificial intelligence (AI) is a hype phrase that comes with a lot of baggage: will its potential ever be realized; will it enhance humans, or make them obsolete; is it really that revolutionary? But one area of the debate that is often overlooked -- and is one of the more positive aspects of modern innovation, in fact -- is the way big tech companies like Google, Amazon, Facebook, and Microsoft are working together to help progress AI. These companies have been the focus of much criticism over the last few years, consolidating their influence and dominating specific parts of our lives but when it comes to AI, something is different. That something is open source. The sheer number of open source tools available to developers -- from libraries to frameworks, IDEs, data lakes, streaming, model serving, and inference solutions, and even the recent end-to-end tool aggregator, Kubeflow -- means businesses can now harness all the knowledge they have accumulated over the years.

Neuralink Draws Interface Between a Computer and the Human Mind

Fascinated by technology, connected by words. I am a tech writer and a freelancer. August 29 might possibly be remembered as the day when technology took over the limitations of human life. In one of the most appealing events of technological history, the tech entrepreneur Elon Musk presented a live demonstration of his brain hacking device LINK V0.9. Supposedly, the device fits inside a human brain.

Engineers from the University of New South Wales (UNSW) have claimed the invention of a soft wearable device they say simulates the sense of touch. Haptic technology mimics the experience of touch by stimulating localised areas of the skin in ways that are similar to what is felt in the real world through force, vibration, or motion. "When we do things with our hands, such as holding a mobile phone or typing on a keyboard, all of these actions are impossible without haptics," Scientia lecturer and director of the UNSW Medical Robotics Lab Dr Thanh Nho Do said. "The human hand has a high density of tactile receptors and is both an interesting and challenging area to encode information through haptic stimulation, because we use our hands to perceive most objects every day." He said there are many situations where the sense of touch would be useful, but is impossible.

Council Post: How The Pandemic Could Accelerate AI-Powered Professional Sports

On the surface, artificial/augmented intelligence (AI) technology may not seem like the best thing since sliced bread in the world of professional contact sports. Before Covid-19, the average sports fan might attribute this futuristic technology to the world of gaming and esports. But since Covid-19 has emptied stadiums and arenas worldwide, fans are experiencing the future of virtual contact sports firsthand – and some are starting to embrace it. At first, the "new normal" of stadium sports and sports broadcasting seemed abnormal at best. Instead of packing fans like sardines in tiny, decidedly not socially distant seats, the NBA is now using Microsoft Teams' new Together Mode, released this past July, to digitally assemble remote spectators in the same virtual courtside space.

ABB has released the Augmented Reality Viewer app for its PC-based RobotStudio offline programming software. The app can be used to test any model created in the software, enabling users to get an idea of the size and scale of a robot or robot cell and how it can be deployed on a factory floor to fit around any existing production equipment. Using AR technology, the app overlays the modeled system into the real-life production environment, and the user can scale it to full size, rotate it through a variety of angles, and watch the model in action. A timeline feature lets the user check the cycle time and go to a certain point in the animation to find ways to enhance performance or to pinpoint a potential problem.

The last few decades saw a move of computing from the edge to the cloud. While massive amounts of compute will remain in the cloud, the advances that have been gained there are helping to move performance back to the edge for critical issues. Hospitals are a place where we will see that migration.

How Amazon Quietly Powers The Internet

What was the last thing you heard about Amazon (AMZN)? Or was it the FAA's approval of Amazon's delivery drones? Most of this news about Amazon's store is just noise that distracts investors from Amazon's real force. As I'll show, Amazon is running an "operating system" that powers some of today's most important technologies such as virtual reality, machine learning, and even quantum computing. Behind the scenes, it is utilized by over a million companies--including tech giants Apple AAPL, Netflix NFLX, and Facebook FB .