Four years after its introduction, the Brilliant platform remains an ambitious but niche product: You can replace light switches with video-enabled touchscreens, complete with a full Amazon Alexa hub, motion detection, and more. The $299 to $449 price per control panel--based on the number of integrated switches--has not budged since launch, making it one of the most expensive ways to outfit your home with smart tech. Interested in Brilliant but don't have five figures handy to kit out your entire home in touchscreens? Good news: Brilliant alleviates some of its platform's sticker shock with a dimmer switch that forgoes the touchscreen, replacing it with a simple touch slider that works just like the sliders on its multi-switch units. It sells for $70, which makes it a whole lot cheaper than a full control panel, but it's still quite a bit more expensive than smart dimmers based on other wireless technologies (Lutron Caséta, Wi-Fi, Z-Wave, Zigbee, et al).

10 Predictions about the Internet of Things for future

The online landscape is burgeoning. It is not just about computers, notebooks, tablet computers, and tablets. Presently a great number of apparatus are internet-connected. The listing of "smart" apparatus comprises washing machines, robotic vacuum cleaners, door locks, toys, and even toasters. The Internet of Things is the umbrella word -- and, yes, now you can purchase a wide umbrella -- for whatever connects to the web.

DARPA's Ocean of Things (OoT) program aims to achieve maritime situational awareness over large ocean areas through deploying thousands of small, low-cost floats that form a distributed sensor network. Each smart float will have a suite of commercially available sensors to collect environmental and activity data; the later function involves automatically detecting, tracking and identifying nearby ships and – potentially – close aircraft traffic. The floats use edge processing with detection algorithms and then transmit the semi-processed data periodically via the Iridium satellite constellation to a cloud network for on-shore storage. AI machine learning then combs through this sparse data in real time to uncover hidden insights. The floats are environmentally friendly, have a life of around a year and in buys of 50,000 have a unit cost of about US$500 each.

Each Arlo Pro camera generation has been better the last, but it was hard to imagine how the Arlo Pro 3 could be improved. The folks at Arlo must have felt the same because they barely made any changes for this fourth-generation device, the Arlo Pro 4. There is one big change, though: You no longer also need the Arlo SmartHub base station, which has been a staple component of every Arlo Pro camera going back to the product's introduction. While you can use the Arlo Pro 4 with a SmartHub if you have one, it's not strictly necessary to get a wireless signal sufficiently strong to deploy this indoor/outdoor camera outside. Aside from the completely wire-free connectivity, the new camera is a spec-for-spec reproduction of the Arlo Pro 3. It has a 160-degree field of view, a 12x digital zoom, and captures video at 2K resolution.

Automation is expanding. How worried should we be about jobs?

A few days ago I was having network problems with the WiFi in my home office -- my connection was very slow and video conferences were freezing. After fussing with the mesh network extenders with no result, I called the cable provider. Normally, this involves having to navigate several automated voice response menus before a call center representative comes on the line to help. I explain the problem and they then run a remote diagnostic and usually suggest a cable modem reset. Often, that solves the problem. 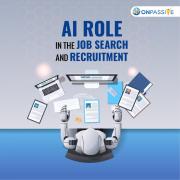 The explosion of AI in terms of use is already taking place in every aspect of individuals' lives. AI has effectively become a crucial part of hiring and recruiting processes. A significant AI and automation in HR innovation pointed toward diminishing and eliminating tedious and time-consuming activities like screening, resume manually. Organizations progressively use this tech to confiscate unconscious bias from recruiting and hiring choices to attract candidates and envisage whether they fit for the position and association. As AI and automation in HR are trained and prepared on information gathered about past or comparative applicants, it can expurgate the effort recruiters need to spend to make a recruit.

100 critical IT policies every company needs, ready for download

Whether you're writing corporate policies for business workers or university policies for faculty and staff, crafting an effective IT policy can be a daunting and expensive task. You could spend hours writing a policies and procedures manual yourself, but consider how much your time is worth. According to job site Glassdoor, the average salary of an IT Director in the U.S. is over $140,000 (depending on geographic location, company, education, etc.). If it takes you one work day to write an IT policy, that single policy cost you $536 ($67 x 8 hours). Don't have time to write a business or university policy?

Register for a free or VIP pass today. "Offensive AI" will enable cybercriminals to direct attacks against enterprises while flying under the radar of conventional, rules-based detection tools. That's according to a new survey published by MIT Technology Review Insights and Darktrace, which found that more than half of business leaders believe security strategies based on human-led responses are failing. The MIT and Darktrace report surveyed more than 300 C-level executives, directors, and managers worldwide to understand how they perceive the cyberthreats they're up against. A high percentage of respondents (55%) said traditional security solutions can't anticipate new AI-driven attacks, while 96% said they're adopting "defensive AI" to remedy this.

How AI and Machine Learning Are Helping In Cybersecurity? The internet is becoming a vital part of our day-to-day lives and with every second that passes by, a new change takes place over the internet. The internet is no doubt a very useful place but there are risks that are associated with the internet, especially those that affect the security and privacy of the users. With the advent of AI and Machine Learning, every process is automated and this is making things convenient for internet users, especially cybersecurity which has improved drastically due to the advent of AI & Machine Learning. AI & Machine Learning can recognize different patterns that are used in data helping the security systems to learn from them. Cybersecurity is the protection of computers, networks, and other similar devices from damage, information theft, or any other harm.

AI offers an intriguing solution to remote worker engagement. How do you know if remote employees are engaged and happy? Do your remote teams have the dynamics that fuel success? Does your vision for your company culture align with how it plays out in real life? Artificial intelligence (AI) is taking the guesswork out of the equation.