Science fiction is an incubator for imaginative minds to create visions that help us to glimpse not only the future, but also something about ourselves in the present. Fueled by the extrapolation of 'what is' into 'what can be', science fiction transports us beyond the horizon of our current technologies enabling us to observe the possible incarnations of scientific progress and to experience and appreciate the many ways this may impact upon us. For example, George Orwell's classic work, 1984, introduced the notion of an omnipresent 'Big Brother' and served as a focal point for discussion about our attitudes, perceptions, hopes and fears about technology, society, and how they intertwine. Also, the concept of rules of ethical conduct for robots was introduced as 'Three Laws of Robotics' by U.S. author Isaac Asimov in his book Runaround originally published in 1942.

A.I. Is Here…What Do We Do Now?. While companies are starting to use…

Have you ever seen the movie The Terminator? If you have, then you'll get where I'm going with this. If you haven't, then I've aged myself big time, and here's a quick summary: The Terminator is based on a cyborg assassin (played by Arnold Schwarzenegger) who is sent back in time from 2029 to 1984 to kill Sarah Connor, whose unborn son is destined to save mankind from extinction by a company called Skynet. Skynet is an Artificial Intelligence (A.I.) industry responsible for a post-apocalyptic future where robots take over the world. While this movie (and its many sequels) became a big hit all over the world, it's also one of the movies that have inspired the general public to not trust A.I. I can't tell you how many times a new piece of technology is created without hearing some form of warning or fear: "Watch out for the robots will come and take over the world!"

Originally released in 2008, Dead Space was EA's sci-fi riff on 2005's Resident Evil 4. It took the revolutionary design ideas of Shinji Mikami's horror masterpiece – the over-the-shoulder perspective, tense crowd-control combat and zombies that weren't really zombies – and launched them into a far-flung corner of the cosmos, switching virus-infected villagers for mutant alien necromorphs. The results were darkly thrilling, but couldn't fully escape the light of Resi 4's incandescent star. Fifteen years down the line, with so much more distance from Mikami's game, Dead Space is easier to appreciate on its own merits. This overhaul, from EA studio Motive, is a surprisingly restrained affair, resisting the temptation to supplement the game with modern adornments. Instead it streamlines the experience, altering the layout of doomed spaceship the USG Ishimura so that players may pass through it and its many horrors more smoothly. It's a remake that embraces the original's taut pacing and powerful forward-momentum, and is all the better for it.

'Jung_E' Netflix Review: Stream It or Skip It?

Jung_E (now on Netflix) is the new film from director Yeon Sang-ho, who made a name for himself outside his native Korea with 2016 zombie action movie Train to Busan. As he offered a new angle on a familiar subgenre with Busan, he surely hopes to do the same for artificial intelligence science-fiction (AI-SCI-FI?!?) with his latest work, which is set in a sort-of-post-apocalyptic dystopia where robots fight wars for us, and the side with the best AI sure seems ripe for victory. The movie is also notable for being the final role of Korean film star Kang Soo-yeon, who sadly passed away in 2022 at age 55 after suffering a cerebral hemorrhage. The Gist: IN A WORLD where severe climate change has forced humanity to mostly abandon Earth for the Moon; where subsequent civil war has raged for decades; where artificial intelligence is a primary component of war technology; where human brains can be uploaded from diseased bodies to new ones and if you have enough money you can enjoy a terrific Type A existence, or a so-so Type B, or possibly a horrific, but no-cost Type C where your consciousness is under the control of corporations and shit; where people take ethics tests to determine that they're indeed human and not AI – in this world, a woman leaps around a bona-fide Dystopian Hell of a set piece, fighting robots, some more diabolically advanced in their ability to withstand bullets and such. She is the famed kickass warrior Yun Jung-yi (Kim Hyun-joo), but she really isn't Yun Jung-yi – she's Jung_E, a clone of Yun Jung-yi, and she keeps failing the same battle simulation. The simulation reinvents the very scene of her defeat many years prior, which left her body in a coma, the contents of her brain as the key element of weapons-development research firm Kronoid and her daughter kind of almost orphaned. They've also become more diverse. Voices like those of Mary Robinette Kowal -- author of the award-winning alt-history novel "Calculating Stars" -- and Ted Chiang have grown the sci-fi oeuvre over the past several years. And just as space travel ambitions have spread to other countries, a number of international authors have emerged among science fiction's elite. For example, Chinese novelist Liu Cixin's "The Three-Body Problem" has sold more than 8 million copies, is being adapted into a Netflix series and drew President Barack Obama's praise after he read it during his time in the White House. "The scope of it was immense," Obama said in 2017.

The essence of genre is effects without causes--things showing up to fulfill expectations rather than dramatic necessities. "M3GAN," a science-fiction-based horror caper, provides a clever batch of these effects in this gleefully clever twist on the "Frankenstein" theme, and its director, Gerard Johnstone, seems to be laughing up his sleeve throughout. It's that very knowingness, the deftness with which the film gets a rise from viewers, which makes a good time feel hollow. There's a different, far more substantial movie lurking within, yet the virtues of efficiency, clarity, surprise, and wit that enliven the one that's actually onscreen leave its merely implied substance tantalizingly unformed. Allison Williams plays Gemma, a type-A robotics engineer with a big toy company in Seattle, Funki, that prospers by selling cheesily interactive furry toys called PurrPetual Petz.

List of Artificial Intelligence Movies to Watch in 2023 - MarkTechPost 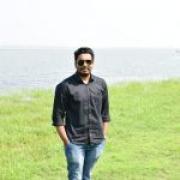 Since the beginning of cinema, artificial intelligence has been a recurring theme, enthralling (and frequently terrifying) audiences with the idea of sentient robots capable of matching humanity's distinctive qualities like consciousness and the capacity for emotion. Potential technical developments have been envisioned in various ways over the years. However, science fiction films have also raised issues about the moral, ethical, and societal effects of using technology like AI. The best artificial intelligence movies available to view in 2023 are listed in this article. So let's get started in any order: The novelist and screenwriter Alex Garland's first feature film, "Ex Machina," is a rare and much-welcome departure from that trend. It begins as an unsettling thriller about a young programmer (Domhnall Gleeson) who is drawn to a charismatic Dr. Frankenstein figure (Oscar Isaac).

CES 2023: Arnold Schwarzenegger takes to the stage for BMW keynote

He played one of the most memorable machines in sci-fi movie history. Now, the star of the Terminator films, Arnold Schwarzenegger, has appeared on stage to plug BMW's new AI-inspired car. The actor and former governor of California took to the stage during the German automobile firm's keynote address at CES 2023 in Las Vegas on Wednesday. 'Arnie' was then joined on stage by BMW CEO Oliver Zipse, who introduced the firm's new colour-changing car, the BMW i Vision Dee. Actor Arnold Schwarzenegger speaks during BMW's keynote at CES 2023 in Las Vegas, Nevada on Wednesday.

Not a robot so much as a hi-tech Frankenstein's monster, stitched together with bits of Robocop and Terminator, but cheekily enjoyable just the same. This is a sci-fi chiller co-written by horror experts Akela Cooper and James Wan and directed by Gerard Johnstone. M3gan, or Model 3 Generative Android, is an eerily self-possessed blond tweenage girlbot, voiced by Jenna Davis, a state-of-the-art toy from the near future developed as a personal passion project by engineer Gemma (Allison Williams, from Get Out and HBO's Girls) to the exasperation of her highly stressed boss David, amusingly played by Ronny Chieng. To be properly developed, M3gan needs to "pair" with a little girl owner; she needs to sync up with an actual human, to learn her owner's speech patterns, behavioural traits and emotional needs, so she can be properly close with her. And Gemma doesn't have anyone to fill that post – until her nine-year-old niece Cady (Violet McGraw) is orphaned after a car crash and comes to live with Gemma, who must furthermore honour her late parents' wish that she is homeschooled.

Are you tucked in your couch, snuggled up with a fire burning, twiddling your time away on mindless entertainment because you've done your shopping, stated your obligatory holiday cheer on social media, and now you're just mindlessly doom scrolling your device? My latest distraction is Open A.I. ChatGPT. This is artificial intelligence, a language processing tool driven by A.I. with which you can have human-like conversations. It will answer questions, help you with tasks like writing emails, essays, or even code. We've trained a model called ChatGPT which interacts in a conversational way.