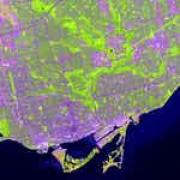 Learn the concepts, tools, and techniques to make great maps that answer geographic questions. This Specialization is for those new to mapping and GIS, as well as anyone looking to gain a better understanding of how it all works and why. You will learn practical skills that can be applied to your own work using cutting-edge software created by Esri Inc., the world's leading GIS company and our industry partner. PLEASE NOTE: THE SOFTWARE IS NO LONGER PROVIDED WITH THIS COURSE. The courses are based on the idea that you will get the most out of the learning experience if you can tailor your work to your own interests.

Immunohistochemical stains for individual markers revolutionized diagnostic pathology decades ago but cannot capture enough information to accurately predict response to immunotherapy. Newer multiplex immunofluorescent technologies provide the potential to visualize the expression patterns of many functionally relevant molecules but present numerous challenges in accurate image analysis and data handling, particularly over large tumor areas. Drawing from the field of astronomy, in which petabytes of imaging data are routinely analyzed across a wide spectral range, Berry et al. developed a platform for multispectral imaging of whole-tumor sections with high-fidelity single-cell resolution. The resultant AstroPath platform was used to develop a multiplex immunofluorescent assay highly predictive of responses and outcomes for melanoma patients receiving immunotherapy. Science , aba2609, this issue p. [eaba2609][1] ### INTRODUCTION New therapies have been designed to stimulate the host’s immune system to fight cancer. Despite these exciting, recent successes, a large proportion of patients still do not respond to anti–programmed cell death-1 (PD-1) or anti–programmed death ligand-1 (PD-L1) therapies, and thus, biomarkers for patient selection are highly desirable. The only U.S. Food and Drug Administration–approved histopathology biomarker tests for anti–PD-1 or anti–PD-L1 therapy is assessment of PD-L1 protein expression by means of immunohistochemistry. This approach is unidimensional and has limitations. Innovative characterization of the tumor microenvironment (TME) with a focus on multidimensional, spatially resolved interactions at the single-cell level will provide critical mechanistic insights into therapeutic responses and potentially identify improved biomarkers for patient selection. Using multispectral approaches to image the TME and substituting cells for stars and galaxies, we applied the methodology and infrastructure developed for astronomy to pathologic analysis of specimens from patients with melanoma. ### RATIONALE The next generation of pathologic analyses will require platforms that can characterize the coexpression of key molecules on specific cellular subsets in situ and spatial relationships between tumor cells and multiple immune elements. To that aim, we applied astronomical algorithms for high-quality imaging and the establishment of relational databases to multiplex immunofluorescence (mIF) labeling of pathology specimens, facilitating spatial analyses and immunoarchitectural characterization of the host-tumor interface. In all, we curated and coordinately mapped six markers, both individually and in combination in tumor tissue from 98 patients with melanoma receiving anti–PD-1 therapy. This dataset comprised ~127,400 image mosaics composed of more than 100 million single cells. The data outputs were linked to patient outcomes, informing in a clinically relevant way how cancer evades the immune system and potentiating biomarker assay development for precision immunotherapy. ### RESULTS The imaging protocols used in this study were used to address outstanding questions regarding the impact of high-power field sampling strategies on biomarker performance. This information was then used to develop an approach for operator-independent field selection. The image handling strategies also facilitated the robust assessment of the intensity of PD-1 and PD-L1 expression in situ (negative, low, mid, and high levels) on different cell types. Thus, with only six markers (PD-1, PD-L1, CD8, FoxP3, CD163, and Sox10/S100), we were able to develop 41 combinations of expression patterns for these molecules and map relatively rare cells such as CD8+FoxP3+ cells to the tumor stromal boundary. Moreover, a high density of CD8+FoxP3+PD-1low/mid cells was closely associated with response to PD-1 blockade. Cell types associated with a lack of response to therapy were also identified—for example, CD163+ macrophages that were PD-L1–. This latter phenotype was also found to have a negative effect on long-term survival. When these and other key cell phenotype densities were combined, they were highly predictive of objective response and stratified long-term patient outcomes after anti–PD-1–based therapies in both a discovery cohort and an independent validation cohort. ### CONCLUSION Here, we present the AstroPath platform, an end-to-end pathology workflow with rigorous quality control for creating quantitative, spatially resolved mIF datasets. Although the current effort focused on a six-plex mIF assay, the principles described here provide a general framework for the development of any multiplex assay with single-cell image resolution. Such approaches will vastly improve the standardization and scalability of these technologies, enabling cross-site and cross-study comparisons. This will be essential for multiplex imaging technologies to realize their potential as biomarker discovery platforms and ultimately as standard diagnostic tests for clinical therapeutic decision-making. ![Figure][2] Strong parallels between multispectral analyses in astronomy and emerging multiplexing platforms for pathology. The next generation of tissue-based biomarkers are likely to be identified by use of large, well-curated datasets. To that end, image analysis approaches originally developed for astronomy were applied to pathology specimens to produce trillions of pixels of robust tissue imaging data and facilitate assay and atlas development. IMAGES: (BENEATH “ASTRONOMY”) SLOAN DIGITAL SKY SURVEY; (MICROSCOPE) AKOYA BIOSCIENCE Next-generation tissue-based biomarkers for immunotherapy will likely include the simultaneous analysis of multiple cell types and their spatial interactions, as well as distinct expression patterns of immunoregulatory molecules. Here, we introduce a comprehensive platform for multispectral imaging and mapping of multiple parameters in tumor tissue sections with high-fidelity single-cell resolution. Image analysis and data handling components were drawn from the field of astronomy. Using this “AstroPath” whole-slide platform and only six markers, we identified key features in pretreatment melanoma specimens that predicted response to anti–programmed cell death-1 (PD-1)–based therapy, including CD163+PD-L1– myeloid cells and CD8+FoxP3+PD-1low/mid T cells. These features were combined to stratify long-term survival after anti–PD-1 blockade. This signature was validated in an independent cohort of patients with melanoma from a different institution. [1]: /lookup/doi/10.1126/science.aba2609 [2]: pending:yes

One of the common problems with learning image processing is the high cost of software. In this course, I entirely use open source software including the Google Earth Engine Python API and Colab. All sample data and script will be provided to you as an added bonus throughout the course. Jump in right now and enroll.

The digital revolution is here, but not everyone is benefiting equitably from it. And as Silicon Valley's ethos of "move fast and break things" spreads around the world, now is the time to pause and consider who is being left out and how we can better distribute the benefits of our new data economy. "Data is the main resource of a new digital economy," says Parminder Singh, executive director at nonprofit organization IT for Change. Global society will benefit because the economy will benefit, argues Singh, on decentralization of data and distributed digital models. Data commons--or open data sources--are vital to help build an equitable digital economy, but with that comes the challenge of data governance. "Not everybody is sharing data," says Singh. Big tech companies are holding onto the data, which stymies the growth of an open data economy, but also the growth of society, education, science, in other words, everything. According to Singh, "Data is a non-rival resource. It's not a material resource that if one uses it, other can't use it." Singh continues, "If all people can use the resource of data, obviously people can build value over it and the overall value available to the world, to a country, increases manifold because the same asset is available to everyone." One doesn't have to look very far to understand the value of non-personal data collected to help the public, consider GIS data from government satellites. Innovation plus the open access to geographic data helped not only create the Internet we know today, but those same tech companies.

This paper addresses the interesting problem of processing and analyzing data in geographic information systems (GIS) to achieve a clear perspective on urban sprawl. The term urban sprawl refers to overgrowth and expansion of low-density areas with issues such as car dependency and segregation between residential versus commercial use. Sprawl has impacts on the environment and public health. In our work, spatiotemporal features related to real GIS data on urban sprawl such as population growth and demographics are mined to discover knowledge for decision support. We adapt data mining algorithms, Apriori for association rule mining and J4.8 for decision tree classification to geospatial analysis, deploying the ArcGIS tool for mapping. Knowledge discovered by mining this spatiotemporal data is used to implement a prototype spatial decision support system (SDSS). This SDSS predicts whether urban sprawl is likely to occur. Further, it estimates the values of pertinent variables to understand how the variables impact each other. The SDSS can help decision-makers identify problems and create solutions for avoiding future sprawl occurrence and conducting urban planning where sprawl already occurs, thus aiding sustainable development. This work falls in the broad realm of geospatial intelligence and sets the stage for designing a large scale SDSS to process big data in complex environments, which constitutes part of our future work. 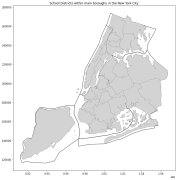 Imagine that we are working for a real estate agency and our role is to estimate price of apartment renting in a different parts of the New York City. In classic machine learning approach we work through those variables and build model for prediction of a price. We will consider the last example and learn how to retrieve spatial information using GeoPandas package and publicly available geographical datasets. Data for this article is shared in Kaggle. Data is also available in the blogpost repository.

We constructed a hippocampal formation (HPF)-inspired probabilistic generative model (HPF-PGM) using the structure-constrained interface decomposition method. By modeling brain regions with PGMs, this model is positioned as a module that can be integrated as a whole-brain PGM. We discuss the relationship between simultaneous localization and mapping (SLAM) in robotics and the findings of HPF in neuroscience. Furthermore, we survey the modeling for HPF and various computational models, including brain-inspired SLAM, spatial concept formation, and deep generative models. The HPF-PGM is a computational model that is highly consistent with the anatomical structure and functions of the HPF, in contrast to typical conventional SLAM models. By referencing the brain, we suggest the importance of the integration of egocentric/allocentric information from the entorhinal cortex to the hippocampus and the use of discrete-event queues.