"Search is a problem-solving technique that systematically explores a space of problem states, i.e., successive and alternative stages in the problem-solving process. Examples of problem states might include the different board configurations in a game or intermediate steps in a reasoning process. This space of alternative solutions is then searched to find an answer. Newell and Simon (1976) have argued that this is the essential basis of human problem solving. Indeed, when a chess player examines the effects of different moves or a doctor considers a number of alternative diagnoses, they are searching among alternatives."
– from Section 1.2 of Chapter One of George F. Luger's textbook, Artificial Intelligence: Structures and Strategies for Complex Problem Solving, 5th Edition (Addison-Wesley; 2005). The theory of computation is one of the crown jewels of the computer science curriculum. It stretches from the discovery of mathematical problems, such as the halting problem, that cannot be solved by computers, to the most celebrated open problem in computer science today: the P vs. NP question. Since the founding of our discipline by Church and Turing in the 1930s, the theory of computation has addressed some of the most fundamental questions about computers: What does it mean to compute the solution to a problem? Which problems can be solved by computers? Which problems can be solved efficiently, in theory and in practice? 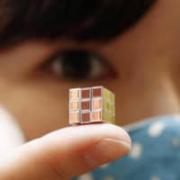 The Minimax Algorithm in Artificial Intelligence

Algorithms can search the game trees to determine the best move to make from the current state. The most well known is called the Minimax algorithm. The minimax algorithm is a useful method for simple two-player games. It is a method for selecting the best move given an alternating game where each player opposes the other working toward a mutually exclusive goal. Each player knows the moves that are possible given a current game state, so for each move, all subsequent moves can be discovered.

In this article, to answer these questions, we go through the Monte Carlo Tree Search fundamentals. Since in the next articles, we will implement this algorithm on "HEX" board game, I try to explain the concepts through examples in this board game environment. If you're more interested in the code, find it in this link. There is also a more optimized version which is applicable on linux due to utilizing cython and you can find it in here. Monte Carlo method was coined by Stanislaw Ulam for the first time after applying statistical approach "The Monte Carlo method".

In recent years, machine learning has been very successful in solving a wide range of problems. In particular, neural networks have reached human, and sometimes super-human, levels of ability in tasks such as language translation, object recognition, game playing, and even driving cars. Prevent out-of-control infrastructure and remove blockers to deployments. With this growth in capability has come a growth in complexity. Data scientists and machine learning engineers must perform feature engineering, design model architectures, and optimize hyperparameters. Since the purpose of the machine learning is to automate a task normally done by humans, naturally the next step is to automate the tasks of data scientists and engineers. This area of research is called automated machine learning, or AutoML. There have been many exciting developments in AutoML recently, and it's important to take a look at the current state of the art and learn about what's happening now and what's coming up in the future. InfoQ reached out to the following subject matter experts in the industry to discuss the current state and future trends in AutoML space. InfoQ: What is AutoML and why is it important? Francesca Lazzeri: AutoML is the process of automating the time consuming, iterative tasks of machine learning model development, including model selection and hyperparameter tuning.

How to engage with a vibrant community of like-minded learners. How to develop and present a final programming project. The entry-level course is taught by David J. Malan and the computer science learners get to learn the following programming languages through this course - C, PHP, and JavaScript plus SQL, CSS, and HTML. What makes this course more interesting is that the problem sets included in the course curriculum are inspired by real-world domains of biology, cryptography, finance, forensics, and gaming. Mentioned below are important details of the course.

Understand the theory behind augmented random search algorithm Learn how to build most powerful AI algorithm Train and implement ARS algorithm Train AI to solve same challenges as Google Deep Mind Requirements Python prior coding or scripting experience is required. High school level math skills will be required. PC (Windows, Mac or Linux), where Anaconda could be installed and run Two months ago we discovered that a very new kind of AI was invented. The kind of AI which is based on a genius idea and that you can build from scratch and without the need for any framework. We checked that out, we built it, and... the results are absolutely insane!

There are currently 25 vaccines to fight COVID-19 in clinical evaluation, another 139 vaccines in a pre-clinical stage, and many more being researched. But many of those vaccines, if they are at all successful, might not produce an immune response in portions of the population. That's because some people's bodies will react differently to the materials in the vaccine that are supposed to stimulate virus-fighting T cells. And so just figuring out how much coverage a vaccine has, meaning, how many people it will stimulate to mount an immune response, is a big part of the vaccine puzzle. With that challenge in mind, scientists at Massachusetts Institute of Technology on Monday unveiled a machine learning approach that can predict the probability that a particular vaccine design will reach a certain proportion of the population.