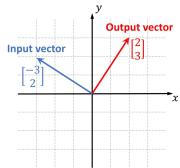 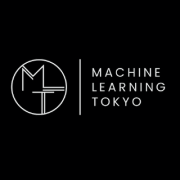 This is a collection of pages demonstrating the use of the interact command in Sage. It should be easy to just scroll through and copy/paste examples into Sage notebooks. Examples include Algebra, Bioinformatics, Calculus, Cryptography, Differential Equations, Drawing Graphics, Dynamical Systems, Fractals, Games and Diversions, Geometry, Graph Theory, Linear Algebra, Loop Quantum Gravity, Number Theory, Statistics/Probability, Topology, Web Applications. 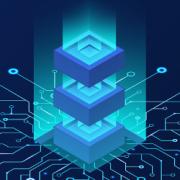 As data analytics has become an important application for modern data management systems, a new category of data management system has appeared recently: the scalable linear algebra system. We argue that a parallel or distributed database system is actually an excellent platform upon which to build such functionality. Most relational systems already have support for cost-based optimization--which is vital to scaling linear algebra computations--and it is well known how to make relational systems scalable. We show that by making just a few changes to a parallel/distributed relational database system, such a system can become a competitive platform for scalable linear algebra. Taken together, our results should at least raise the possibility that brand new systems designed from the ground up to support scalable linear algebra are not absolutely necessary, and that such systems could instead be built on top of existing relational technology. Data analytics, such as machine learning and large-scale statistical processing, is an important application domain, and such computations often require linear algebra. As such, a lot of recent efforts have been targeted at building distributed linear algebra systems, with the goal of supporting large-scale data analytics. Unlike classical efforts in high-performance computing such as ScaLAPACK6, such systems may include support for storage/retrieval of data to/from disk, buffering/caching of data, and automatic logical/physical optimizations of computations (automatic rewriting of queries, pipelining, etc.). Such systems also typically offer some form of recovery, as well as a domain-specific language. One example of such a system is SystemML, developed at IBM.12 Given deep learning's reliance on arrays and array-based operations such as matrix multiply, systems facilitating distributed deep learning, such as TensorFlow,3 can also be included among such efforts.

Linear algebra operations are at the core of machine learning. Multiple specialized systems have emerged for the scalable, distributed execution of matrix and vector operations. The relationship of such computations to data management and databases however brings frictions. It is well known that a great deal of human time and machine time is being spent nowadays on fetching data out of the database and performing a computation on a specialized system. One answer to the issue is that we truly need a new kind of non-SQL database that is tuned to these computations.

On Moving from Statistics to Machine Learning, the Final Stage of Grief

I've spent the last few months preparing for and applying for data science jobs. It's possible the data science world may reject me and my lack of both experience and a credential above a bachelors degree, in which case I'll do something else. Regardless of what lies in store for my future, I think I've gotten a good grasp of the mindset underlying machine learning and how it differs from traditional statistics, so I thought I'd write about it for those who have a similar background to me considering a similar move.1 This post is geared toward people who are excellent at statistics but don't really "get" machine learning and want to understand the gist of it in about 15 minutes of reading. If you have a traditional academic stats backgrounds (be it econometrics, biostatistics, psychometrics, etc.), there are two good reasons to learn more about data science: The world of data science is, in many ways, hiding in plain sight from the more academically-minded quantitative disciplines.

This course is bundle of two courses of linear algebra and probability and statistics. So, students will learn complete contents of probability and statistics and linear algebra. It is not like that you will not complete all the contents in this 7 hours videos course. This is a beautiful course and I have designed this course according to the need of the students. WHERE THIS COURSE IS APPLICABLE?

Mastering Probability and Statistics in Python

In the Logistic Regression for Machine Learning using Python blog, I have introduced the basic idea of the logistic function. We have discussed the cost function. And in the iterative method, we focus on the Gradient descent optimization method. Now so in this section, we are going to introduce the Maximum Likelihood cost function. And we would like to maximize this cost function.

Mathematical intuition required for Data Science and Machine Learning. The linear algebra intuition required to become a Data Scientist. Then, this course is for you. The Common mistake by a data scientist is Applying the tools without the intuition of how it works and behaves. Having the solid foundation of mathematics will help you to understand how each algorithms work, its limitations and its underlying assumptions.

Introduction to Linear Algebra for Applied Machine Learning with Python