An Introduction to Markov Chains - KDnuggets

Markov chains are a type of mathematical system that undergoes transitions from one state to another according to certain probabilistic rules. They were first introduced by Andrey Markov in 1906 as a way to model the behavior of random processes, and have since been applied to a wide range of fields, including physics, biology, economics, statistics, machine learning, and computer science. Markov chains are named after Andrey Markov, a Russian mathematician who is credited with developing the theory of these systems in the early 20th century. Markov was interested in understanding the behavior of random processes, and he developed the theory of Markov chains as a way to model such processes. Markov chains are often used to model systems that exhibit memoryless behavior, where the system's future behavior is not influenced by its past behavior.

This article belongs to the series "Probabilistic Deep Learning". This weekly series covers probabilistic approaches to deep learning. The main goal is to extend deep learning models to quantify uncertainty, i.e., know what they do not know. In this article, we will introduce the concept of probabilistic logistic regression, a powerful technique that allows for the inclusion of uncertainty in the prediction process. We will explore how this approach can lead to more robust and accurate predictions, especially in cases where the data is noisy, or the model is overfitting. 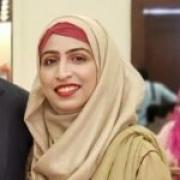 Machine Learning (ML) is the branch of Artificial Intelligence in which we use algorithms to learn from data provided to make predictions on unseen data. Recently, the demand for Machine Learning engineers has rapidly grown across healthcare, Finance, e-commerce, etc. According to Glassdoor, the median ML Engineer Salary is $131,290 per annum. In 2021, the global ML market was valued at $15.44 billion. It is expected to grow at a significant compound annual growth rate (CAGR) above 38% until 2029.

Abstract: Understanding the dynamics of a system is important in many scientific and engineering domains. This problem can be approached by learning state transition rules from observations using machine learning techniques. Such observed time-series data often consist of sequences of many continuous variables with noise and ambiguity, but we often need rules of dynamics that can be modeled with a few essential variables. In this work, we propose a method for extracting a small number of essential hidden variables from high-dimensional time-series data and for learning state transition rules between these hidden variables. The proposed method is based on the Restricted Boltzmann Machine (RBM), which treats observable data in the visible layer and latent features in the hidden layer.

Want to Build A Career In AI? Here Are The Five Skills You Need - Clover Infotech

Industries and processes across the globe are embracing new technologies to increase efficiency and deliver faster and accurate outcomes. Artificial Intelligence (AI) and Machine Learning (ML) have recently taken the world by storm with their advancements in delivering impactful and insightful results. Today, the recruitment sites are swarmed with AI-based jobs. Organizations across the world are looking for skilled resources in AI to help them to accelerate data analytics, research, and intelligence in operations. From robots serving food to self-driving cars to home listening devices, AI can be witnessed in our day-to-day lives.

Abstract: We have constructed a Bayesian neural network able of retrieving tropospheric temperature profiles from rotational Raman-scatter measurements of nitrogen and oxygen and applied it to measurements taken by the RAman Lidar for Meteorological Observations (RALMO) in Payerne, Switzerland. We give a detailed description of using a Bayesian method to retrieve temperature profiles including estimates of the uncertainty due to the network weights and the statistical uncertainty of the measurements. We trained our model using lidar measurements under different atmospheric conditions, and we tested our model using measurements not used for training the network. The computed temperature profiles extend over the altitude range of 0.7 km to 6 km. The mean bias estimate of our temperatures relative to the MeteoSwiss standard processing algorithm does not exceed 0.05 K at altitudes below 4.5 km, and does not exceed 0.08 K in an altitude range of 4.5 km to 6 km.

Abstract: Probabilistic graphical models play a crucial role in machine learning and have wide applications in various fields. One pivotal subset is undirected graphical models, also known as Markov random fields. In this work, we investigate the structure learning methods of Markov random fields on quantum computers. We propose a quantum algorithm for structure learning of an r-wise Markov Random Field with a bounded degree underlying graph, based on a nearly optimal classical greedy algorithm. The quantum algorithm provides a polynomial speed-up over the classical counterpart in terms of the number of variables.

Abstract: We adapt concepts, methodology, and theory originally developed in the areas of multidimensional scaling and dimensionality reduction for multivariate data to the functional setting. We focus on classical scaling and Isomap -- prototypical methods that have played important roles in these area -- and showcase their use in the context of functional data analysis. Abstract: During Deep Brain Stimulation(DBS) surgery for treating Parkinson's disease, one vital task is to detect a specific brain area called the Subthalamic Nucleus(STN) and a sub-territory within the STN called the Dorsolateral Oscillatory Region(DLOR). Accurate detection of the STN borders is crucial for adequate clinical outcomes. Currently, the detection is based on human experts, guided by supervised machine learning detection algorithms.

Abstract: Simulations of complex-valued Hopfield networks based on spin-torque oscillators can recover phase-encoded images. Sequences of memristor-augmented inverters provide tunable delay elements that implement complex weights by phase shifting the oscillatory output of the oscillators. Pseudo-inverse training suffices to store at least 12 images in a set of 192 oscillators, representing 16 12 pixel images. The energy required to recover an image depends on the desired error level. For the oscillators and circuitry considered here, 5 % root mean square deviations from the ideal image require approximately 5 μs and consume roughly 130 nJ.