Before viewing the Director of Cybersecurity Service Operations at McDonald's job, please verify that you are a human and not a robot overlord.

So I'm getting through WEB 3.0 by Max Tegmark which is a book about the possible futures of Artificial Intelligence, and once you get past the rather silly introduction it's actually quite a balanced read. The general gist is that we are on the verge of major breakthroughs in Artificial Intelligence with the possibility of AIs being able to develop their own hardware within the next 100 years, at which point we will have self-improving AIs in the truest sense of the word. It is this ability of technology to be able to develop its own hardware and thus self-improve that Tegmark defines as Life 3.0... The book covers a number of issues that are of concern to AI developers such as when we may have the first superintelligent AIs that basically do not NEED human input (within the next 100 years as a broad range), and then of course how broad or narrow we want those AI (probably broader than a chess AI, probably narrower than an AI programmed to think its' God). Also there are issues of how we align the goals of the AI with ours as they are only as'good' as the data we feed them, but of course a self-replicating AI may well be able to change its goals.

Then call them 'robots' • TechCrunch

Before they were robots, they were "androids" or "automatons." The word "robot" is commonly accepted as having arrived in English through -- of all places -- a Czech play. "R.U.R." made its public debut in Prague 102 years ago, yesterday. It would arrive in the States a year and a half later, with Spencer Tracy making his nonspeaking Broadway debut as one of Rossum's titular Universal Robots. The playwright Karel Čapek humbly noted the following decade that he couldn't take full credit for the word's origin.

The Unlikely Alliance Between Tech Bros and Radical Environmentalists

On Dec. 13, 2018, Richard Branson stood in the Mojave Desert, eyes fixed skyward as he witnessed the culmination of a lifelong dream: His space tourism company, Virgin Galactic, had sent an aircraft into suborbital space. For Branson, the launch was not merely proof of concept for his latest business venture. It signaled that humanity was on the edge of a fundamental breakthrough. "Today we have shown that Virgin Galactic can open space to the world," he declared. Four days later, the prominent philosopher Todd May published a short article in the Stone, a philosophy series run through the New York Times opinion section. "Would Human Extinction Be a Tragedy?" asked readers to consider the possibility that the demise of humanity might be morally desirable.

Ukrainian officials said the country's air defense systems were activated Thursday as Russia launched more than 30 missiles in several oblasts. The move comes as the United States agreed to send dozens of M1 Abrams tanks to the Ukrainian military. Throughout Thursday morning, Russia carried out air attacks, but no casualties were reported so far. "About six Tu-95 bombers took off and launched missiles presumably from Murmansk Oblast (Russia). We expect approximately 30 missiles that have already started appearing in various oblasts. Air defence systems are operating. Yes, there were explosions in several oblasts, including Vinnytsia. Obviously, you need to stay in shelters," Yurii Ihnat, spokesperson for the Air Force of Ukraine, said, according to Pravda.

Joshua Browder, the CEO of New York startup DoNotPay, recently announced that his company's AI will represent a defendant fighting a traffic ticket in the courtroom on February 22nd. "[H]istory will be made," Browder wrote in his tweet. "DoNotPay A.I will whisper in someone's ear exactly what to say. We will release the results and share more after it happens," he added. We may never know how the "robot lawyer" will fare in court, though, because a few days later, Browder announced that DoNotPay is postponing its court case after he received threats of jail time from state bar prosecutors if he goes through with his plan. 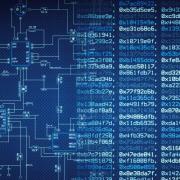 Late last year, White House Office of Science and Technology Policy released the Blueprint for an AI Bill of Rights, instantly elevating the topic of responsible AI to the top of leadership agendas across executive branch agencies. While the themes of the blueprint are not entirely new--building on prior work including the AI in Government Act of 2020, a December 2020 executive order on trustworthy AI, and the Federal Privacy Council's Fair Information Practice Principles--the report brings new urgency to ongoing agency efforts to leverage data in ways consistent with our democratic ideals. With a stated goal of supporting "the development of policies and practices that protect civil rights and promote democratic values in the building, deployment and governance of automated systems," the blueprint is rooted in five principles: safe and effective systems; algorithmic discrimination protections; data privacy; notice and explanation; and human alternatives, consideration and fallback. The Blueprint also includes notes on applying the principles and a technical companion to support operationalization. Some agencies that are less mature in their data capabilities might consider the blueprint to be of limited relevance.

Council Post: 2023 Will Be A Defining Year For AI And The Future Of Work

Cenk Sidar is the cofounder and CEO of Enquire AI, combining AI, data science, and human intelligence to deliver real-time insights. In recent years, tech-celeration has changed the way humans interact in and beyond the workplace. While rapid tech adoption is considered good, it also fuels the emergence of new risks and "unknown unknowns" in an ever-changing macro landscape. As we enter 2023 on the brink of economic strife, something must balance the scales and help business leaders tackle their biggest problems. One answer lies in another tech breakthrough: Artificial intelligence is ready to perform at scale. Its full implementation cannot be predicted at this point, but it promises real-time actionable insights and offers newfound agility in an uncertain world.