Artificial intelligence to be a seismic technology for aviation

In all areas – efficiency and effectiveness, revenue generation, safety and security – AI has tremendous potential to deliver positive change if used correctly, details Ian Law, Chief Information Officer of San Francisco International Airport. As hubs of intense operational activity involving thousands of inter-dependent tasks, airports are ideal candidates for new technologies that improve the smooth flow of people, planes and bags. Artificial intelligence (AI) could be a game-changer for airports. However, without some (human) intelligent forethought, it also risks being a costly disappointment. The real value of AI will only come from a sector-wide focused collaboration, from which AI's cornerstone role tackling the sector's most intractable issues is evolved.

Tesla is developing its own electric van for zipping passengers through its underground'boring' tunnels. According to a report from The Mercury News, San Bernardino County Transportation Authority will work with Tesla - and its sister drilling company Boring Company - to develop a 12-seat electric van for transporting passengers through a nearly 3-mile tunnel. The vans will be used in a recently approved connector line between Rancho Cucamonga and the Ontario International Airport. Tesla may develop an electric van capable of caring passengers between a 3-mile underground tunnel connecting Rancho Cucamonga and the Ontario International Airport. in San Bernardino County. While plans originally called for specially designed cars, the $60 million project will use the vans instead to eventually carry 1,200 passengers per day or about 10 million per year according to The Mercury News.

Airport to use autonomous robots to blast floors with UVC light

With coronavirus keeping travelers at home, one airport is taking spring cleaning to the next level with a pair of robots. Pittsburgh International Airport (PIT), working with Carnegie Robotics, will use autonomous machines equipped with UVC light to kill microbes. Then they will emit ultraviolet rays to sanitize them even further. While no studies have proven UVC light kills coronavirus, experts assume that it does, since it's been used to break down other viruses like the one that causes SARS. It's similar to the cleaning method the New York subway system is using to disinfect a few trains, but PIT has two robots to help with the task.

Getting around the airport can be tough. There are always large crowds and you are often in a hurry to get to your gate. If you are disabled or elderly, it can be even more of a challenge. One airline is turning to AI to make it easier for those with mobility issues to get around the airport. British Airways has become the first airline to trial fully autonomous, electric mobility devices in North America.

When applying machine learning/statistical methods to the environmental sciences, nonlinear regression (NLR) models often perform only slightly better and occasionally worse than linear regression (LR). The proposed reason for this conundrum is that NLR models can give predictions much worse than LR when given input data which lie outside the domain used in model training. Continuous unbounded variables are widely used in environmental sciences, whence not uncommon for new input data to lie far outside the training domain. For six environmental datasets, inputs in the test data were classified as "outliers" and "non-outliers" based on the Mahalanobis distance from the training input data. The prediction scores (mean absolute error, Spearman correlation) showed NLR to outperform LR for the non-outliers, but often underperform LR for the outliers. An approach based on Occam's Razor (OR) was proposed, where linear extrapolation was used instead of nonlinear extrapolation for the outliers. The linear extrapolation to the outlier domain was based on the NLR model within the non-outlier domain. This NLR$_{\mathrm{OR}}$ approach reduced occurrences of very poor extrapolation by NLR, and it tended to outperform NLR and LR for the outliers. In conclusion, input test data should be screened for outliers. For outliers, the unreliable NLR predictions can be replaced by NLR$_{\mathrm{OR}}$ or LR predictions, or by issuing a "no reliable prediction" warning. 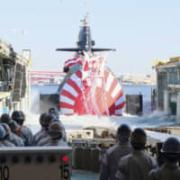 ANA Holdings Inc., the operator of All Nippon Airways Co., said Wednesday it has started testing a semi-autonomous bus that will transport passengers and staff working at Tokyo's Haneda Airport. The company will conduct the test with the electric bus capable of carrying 57 passengers on a 1.9-kilometer route through the end of this month, aiming to start trial operation later in the year. The vehicle, with level-3 automation, allows drivers to turn their attention away from driving and engage in different tasks. "As the Tokyo Olympics are approaching, we hope more passengers from around the world will see our latest technology," ANA Senior Executive Vice President Shinzo Shimizu said in a ceremony at the airport. In 2018, the number of passengers who arrived at and departed from the airport increased 2.1 percent to 85 million, according to Japan Airport Terminal Co. which manages the Haneda Airport facilities.

No word on whether or not the passenger made it to the next level. A passenger waiting for a flight at an Oregon airport needed a bit more screen space for his video game so he plugged his Playstation 4 into a computer screen that had been displaying a map of the airport. Kara Simonds, a spokeswoman for the Port of Portland, told KXL-AM radio in an on-air interview that Portland International Airport staff asked the man to stop gaming on the public map display. He asked if he could finish his game. They said no, and the situation resolved peacefully. 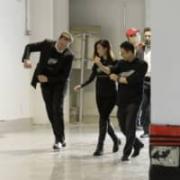