These States Offer the Most A.I.-Related Job Openings

If you've spent any time in the tech industry, you've no doubt heard quite a bit about artificial intelligence (A.I.) and machine learning. Based on that chatter, you might think companies everywhere are trying to fill many thousands of roles that utilize artificial intelligence. As a new CompTIA analysis of U.S. Bureau of Labor Statistics (BLS) data makes clear, a rising number of jobs in "emerging tech" deal with A.I. In December 2021, some 13 percent of all "emerging tech" job postings mentioned A.I. as a necessary component of the job (and "emerging tech" job postings constitute roughly 30 percent of all tech job postings). In states like California and Texas, where enormous tech companies are looking for highly specialized talent (including A.I. experts), there are thousands of A.I.-related job openings every month; in other states, the average number generally drops to several hundred.

The U.S. Bureau of Labor Statistics reported that 4 million Americans quit their jobs in July 2021. Termed "The Great Resignation," the mass exodus of employees from the workplace is perhaps the reflection of deep dissatisfaction in the past work culture. You may have heard of a concept called time poverty – when you have too much to do and too little time to do it. In 2020, about 80 percent of American workers persistently felt time-poor, and the concept wasn't just in their heads. It is a well-known fact that most employees have been overburdened over the years.

Project managers plan, develop, and oversee the personnel, budgets, timetables, and scopes of a project. By creating goals, maintaining communication, and defining individuals' responsibilities, project managers help optimize an organization's performance and outcomes. The Bureau of Labor Statistics projects that over 900,000 new positions in management occupations will be added from 2020 to 2030. Project management roles like construction manager and computer and information systems manager are projected to see an 11% growth during the same timeframe, which is faster than the national average growth rate for all occupations at 7%. Finding the right project management doctorate is important to meeting your personal and professional goals. 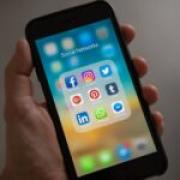 Become a Computer Vision Engineer by completing our 12 weeks Online Computer Vision course. The course covers state-of-the-art algorithms in object detection, image classification, object tracking. Applications include Medical diagnosis, E-commerce, Recommendation Systems, Robotics etc. According to the United States Bureau of Labor Statistics, jobs for computer and information research scientists are expected to grow by 15% between 2019 and 2029. The average annual compensation for a Computer Vision Engineer is $124,000 where the top earners earn more than $175,000 per year.

Computer engineers develop, improve, and implement the technologies that have become essential to the success of so many organizations. The Bureau of Labor Statistics projects the addition of more than 650,000 computer and information technology occupations between 2020 and 2030. With a computer engineering master's, you can qualify for research, hardware or software development, networking, data, and security positions. On this page, we look at the best schools offering a master's in computer engineering. We also examine what a program might look like and what other degree options are available to you.

With New York City's passage of one of the toughest U.S. laws regulating the use of artificial intelligence tools in the workplace, federal officials are signaling that they too want to scrutinize how that new technology is being used to sift through a growing job applicant pool without running afoul of civil rights laws and baking in discrimination. The use of that new technology in hiring and other employment decisions is growing, but its volume remains hard to quantify, and the regulations aimed at combating bias in its application may be difficult to implement, academics and employment attorneys say. "Basically, these are largely untested technologies with virtually no oversight," said Lisa Kresge, research and policy associate at the University of California, Berkeley Labor Center, who studies the intersection of technological change and inequality. We have rules about pesticides or safety on the shop floor. We have these digital technologies, and in virtual space, and that ...

Why New York City is cracking down on AI in hiring 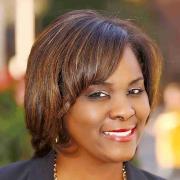 The New York City Council voted 38-4 on November 10, 2021 to pass a bill that would require hiring vendors to conduct annual bias audits of artificial intelligence (AI) use in the city's processes and tools. Companies using AI-generated resources will be responsible for disclosing to job applicants how the technology was used in the hiring process, and must allow candidates options for alternative approaches such as having a person process their application instead. For the first time, a city the size of New York will impose fines for undisclosed or biased AI use, charging up to $1,500 per violation on employers and vendors. Lapsing into law without outgoing Mayor DeBlasio's signature, the legislation is now set to take effect in 2023. It is a telling move in how government has started to crack down on AI use in hiring processes and foreshadows what other cities may do to combat AI-generated bias and discrimination.

Sign up for the daily Marketplace newsletter to make sense of the most important business and economic news. When a new law in New York City takes effect at the start of 2023, employers won't be allowed to use artificial intelligence to screen job candidates unless the tech has gone through an audit to check for bias. The potential for algorithmic discrimination in hiring has been the target of state laws in Illinois and Maryland. The federal Equal Employment Opportunity Commission also recently formed a working group to study the issue. The internet has made applying for jobs easier than ever, but it's also made the process less human, said Joseph Fuller at Harvard Business School. "When you open the faucet, all of a sudden a lot of applications started coming in, and no one's gonna hit print 250 times," he said.

Council Post: AI Can Be A Force For Good In Recruiting And Hiring New Employees

President & CEO of BBB National Programs, a non-profit organization dedicated to fostering a more accountable, trustworthy marketplace. It is one of the biggest conundrums of our time: businesses posting record numbers of available jobs and not being able to fill them. As with most intractable problems, there are multiple forces at play, with one involving the role of technology. Kathryn Dill at the Wall Street Journal recently wrote (paywall): "Companies are desperate to hire, and yet some workers still can't seem to find jobs. Here may be one reason why: The software that sorts through applicants deletes millions of people from consideration."

Workers obsolete as robots do the dirty work

The robot takeover won't happen like we imagined. In fact it's already well underway, albeit in sectors that are likely peripheral for most ZDNet readers. Case in point, over the last year robots have replaced workers at notable scale in the commercial cleaning industry. A company called Brain Corp, which creates core technology in robotics, recently announced that from October 1, 2020, to October 1, 2021, usage of automated robotics increased dramatically across a number of industry sectors, particularly in hospitals ( 2,500%) and education ( 426%). The news comes in the middle of the'Great Resignation' within the U.S. and across the world, which has impacted the ability for those across industries to employ and retain workers. The U.S. Bureau of Labor Statistics stated that 4 million Americans quit their jobs in July 2021 and a study detailed in the Harvard Business Review found that, in general, resignation rates were higher among employees who worked in fields that had experienced extreme increases in demand due to the pandemic.