In August 2021, the news about Japan suspending 1.63 million doses of the Moderna vaccine shocked the world community. It was revealed that the vaccine was contaminated with metal particles due to "human error specific to visually misjudging the required 1mm gap between the star-wheel and the stopper" of the machine that put the tops on vials. This incident put the spotlight on vaccine inspection, and how it could be carried out at scale. Clearly, new systems were needed. This mistake could have posed a threat to the lives of 1.63 million people getting their vaccination.

Google is stepping way more ahead by introducing a bunch of new features to their services in India. With these new features, users of Google assistant in India can easily get to set up their vaccination appointment while Google pay users will be able to command in Hinglish (a mixture of English and Hindi) to make any financial transaction. Google pay is now one of the most popular apps for financial transactions in India. So for adding many spices to its feature Google is going to introduce a speech text feature. With this New advanced AI, users just need to command which bank and which account number they want to send money and as soon as the recipient confirms, their money will be sent in seconds.

As vaccine production & procurement processes are ramping up, the distribution of vaccines is a thing of concern. As large amount vaccine units roll out, the first step is strategic & wise distribution among regions, considering conducive & causative factors raising the urgency of requirements. For this, organizations & governments may look upon the predictive suggestions [1] backed by data to chart out further plans. Many countries, particularly those in the developing world, where governments are struggling to procure vaccines to vaccinate their residents. One of the decisions to be taken strategically is the wise & calculated distribution of the vaccine received. Although few countries are actively trying to increase vaccination rates, the overall 56% world population is yet to take their first vaccine dose.

As vaccination apps catch on, some require more data than others

A wide array of apps will display your vaccination status, but they don't all do the same thing — and some, such as leading brand CLEAR, require facial recognition to validate your identity.

From Boeing to Mercedes, a U.S. worker rebellion swells over vaccine mandates 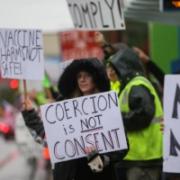 Seattle/Austin, Texas – In Wichita, Kansas, nearly half of the roughly 10,000 employees at aircraft companies Textron Inc. and Spirit AeroSystems remain unvaccinated against COVID-19, risking their jobs in defiance of a federal mandate, according to a union official. "We're going to lose a lot of employees over this," said Cornell Beard, head of the local Machinists union district. Many workers did not object to the vaccines as such, he said, but were staunchly opposed to what they see as government meddling in personal health decisions. The union district has hired a Texas-based lawyer to assist employees and prepare potential lawsuits against the companies should requests for medical or religious exemptions to vaccination be denied. A life-long Democrat, Beard said he would no longer vote for the party. 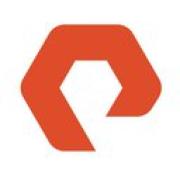 BE PART OF BUILDING THE FUTURE. What do NASA and emerging space companies have in common with COVID vaccine R&D teams or with Roblox and the Metaverse? The answer is data, -- all fast moving, fast growing industries rely on data for a competitive edge in their industries. And the most advanced companies are realizing the full data advantage by partnering with Pure Storage. Pure's vision is to redefine the storage experience and empower innovators by simplifying how people consume and interact with data.

Researchers have mapped the web of connections underpinning coronavirus conspiracy theories, opening a new way of understanding and challenging them. Using Danish witchcraft folklore as a model, the researchers from UCLA and Berkeley analysed thousands of social media posts with an artificial intelligence tool and extracted the key people, things and relationships. The tool enabled them to piece together the underlying stories in coronavirus conspiracy theories from fragments in online posts. One discovery from the research identifies Bill Gates as the reason why conspiracy theorists connect 5G with the virus. With Gates' background in computer technology and vaccination programmes, he served as a shortcut for these storytellers to link the two.

An Introduction To Hypothesis Testing

Hypothesis testing is a statistical approach that assists researchers in determining the validity of their theories. It is frequently used in statistics and data science to determine whether an event has occurred or will occur based on previous happenings. Let's understand Hypothesis Testing with an example. There is one Pharma Company which produces Vaccine A and you need to take 2 doses of that vaccine to get fully immune to the virus. Millions of people have already taken 2 doses of Vaccine A. After a few days the same company comes up with a Vaccine B which gives faster results, they claim that only 1 dose of this vaccine is enough to get fully immune to the virus.