Keeping emerging AI trends in mind, marketers must learn how to navigate a world where big data and Automation are essential. After all, keeping up with innovation is now the key to marketing success. Businesses will need to understand and apply new apps, tools, and approaches to thrive. As we recover from the pandemic, businesses are putting more effort into company blogs, social media, and video. By merging these channels using machine learning and Automation, businesses can identify which emerging AI marketing trends could support their needs.

FREMONT, CA: The COVID-19 epidemic ushered in a time of tremendous acceleration in the industrial sector's digital transformation endeavors. What ordinarily takes years to develop and implement took only a few months. This transition has been aided by technologies that were already available but whose adoption has been accelerated. As a result, flexible manufacturing augmented reality, predictive maintenance, edge computing, and digital thread are more widely adopted in 2021. The rate at which manufacturers respond to market changes is known as flexible manufacturing.

Transactions in the Age of Artificial Intelligence: Risks and Considerations

Artificial Intelligence (AI) has become a major focus of, and the most valuable asset in, many technology transactions and the competition for top AI companies has never been hotter. According to CB Insights, there have been over 1,000 AI acquisitions since 2010. The COVID pandemic interrupted this trajectory, causing acquisitions to fall from 242 in 2019 to 159 in 2020. However, there are signs of a return, with over 90 acquisitions in the AI space as of June 2021 according to the latest CB Insights data. With tech giants helping drive the demand for AI, smaller AI startups are becoming increasingly attractive targets for acquisition. AI companies have their own set of specialized risks that may not be addressed if buyers approach the transaction with their standard process.

Few technologies are as complementary as AI and 5G. From network diagnostics to cybersecurity to personalized applications that will fundamentally change how businesses and consumers interact, AI will underpin fifth-generation mobile networks. There is already significant industry investment in the pairing, as more than half of service providers have integrated some aspect of AI into their 5G networks. Data is the crux of why AI and 5G are so synergistic: 5G is a firehose for data, which AI can then analyze and learn from faster in order to develop unique customer experiences that meet users' multitudinous needs. With 5G's network assisting in the background as AI runs simulations for analysis, reasoning, data fitting, clustering and optimization, the learnings will become even more reliable and impactful. 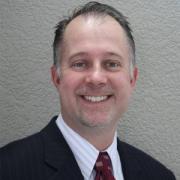 The COVID-19 pandemic has accelerated digital transformation in contact centers, making the use of cloud technology and AI the norm for someand desired future norm for many. As consumer expectations around service continue to change, and contact centers become the digital hub for a company's customer experience, leaders must utilize cloud and AI to make customer interactions and experiences more personalized and meaningful. For those looking to harness this opportunity, the answer lies with the concentrated use of these technologies to amplify customer service and contact center agent performance. This is what leaders must understand about the ways cloud and AI are changing the contact center and how they can identify moments to enable more meaningful customer engagement and enhance the agent experience with new technology. According to recent research from Deloitte Digital, at the end of 2020, only 32% of surveyed organizations were running contact center technologies in the cloud; now, 75% expect to make the move within the next two years.This is important, as cloud technology is particularly critical to contact centers, as it enables more flexible and iterative adjustment of capabilities, scale and processes for leaders, as well as drives momentum across everything in the contact center, from the core telephony platform to interaction recording to workforce management.

Preparing for a Future Pandemic with Artificial Intelligence - Global Biodefense

A hallmark of artificial intelligence is its ability to learn from the past. As researchers advance and refine AI applications, it could increasingly become part of routine research, too--the type of work that supported the advances toward tackling this pandemic and can support the response to a future one, too. Finding meaning in a sea of messy or incomplete data is precisely what data scientists at Pacific Northwest National Laboratory (PNNL) do. With expertise in applying graph-based machine learning, detailed molecular modeling, and explainable AI to questions of national security and basic science, PNNL researchers are now turning their artificial intelligence tools to the study of fundamental questions about treatments for COVID. What they are learning sharpens the tools available in the computational toolbox for responding quickly to a future pandemic.

Like all innovations, AI will destroy some architect roles, and create others

The question "Will a robot take my job?" is never too far from any discussion about the role of artificial intelligence and machine learning in the future economy. The answer to this simple, justified question is anything but clear, and continues to divide experts in economics and business trends. As Time Magazine noted in a 2020 piece, a group of economists from MIT and Boston University estimates that 42% of the 40 million jobs lost during the COVID-19 pandemic will be permanently replaced by AI and machines, adding to the 400,000 jobs already lost to automation in U.S. factories between 1990 and 2007. Separately, however, a 2020 MIT paper titled'Artificial Intelligence and Future of Work' paints a more optimistic picture, positing that the rigid, single-task thinking still exhibited by many AI applications will inhibit its ability to replace creative, lateral-thinking professions. "For the foreseeable future," the authors say, "the most promising uses of AI will not involve computers replacing people, but rather, people and computers working together--as "superminds"--to do both cognitive and physical tasks that could not be done before." This year has seen a higher number of delays than most, partly attributed to working conditions during the covid-19 pandemic. The Triple-A game "Battlefield 2042" was recently pushed from October to November and "Back 4 Blood" released Oct. 12 after being delayed from a scheduled release in June. According to a list compiled by IGN, there have been 41 announced delays for games or game expansions in 2021.

Stephen Chen is Senior Vice President, Technology & Security, for NuCompass Mobility, a global relocation management company. Covid-19 and efforts to eradicate it will have a lasting impact on both employers and employees worldwide. As the U.S. and other countries recover, it's clear that the way we work has changed significantly and permanently. As they struggle with labor shortages, many companies are turning to automation because it's impossible to hire their way out of the situation. According to Forrester's Predictions, 2021: "Advances in AI, changes to work patterns, and a fierce global recession have made this drive for automation inevitable -- and irreversible."

New rules allowing travellers returning to England to take lateral flow tests instead of more expensive PCR tests will come into force on 24 October, in time for many families returning from half-term breaks. The government says NHS tests cannot be used for overseas travel but fully vaccinated passengers arriving in England from that date will be able to order tests from approved providers and upload photos of results for verification. Scotland, Wales and Northern Ireland have previously aligned with policy in England.