SpaceX will launch its next-generation Starship SN20 rocket next month after successfully testing its deep space Raptor Vacuum engine, Elon Musk has confirmed. The launch will be the first orbital flight for the Mars-bound craft, which is being built to transport people and cargo around the Solar System. Previous Starship prototypes have performed high-altitude flight tests from SpaceX's Starbase facility in Boca Chica, Texas, but the next stage of development requires a massive Super Heavy rocket in order to propel it to orbit. The November test will see Starship SN20 launch from Starbase before separating from the booster rocket and touching down 90 minutes later off the coast of Hawaii. SpaceX will attempt to catch the Super Heavy rocket using "robot chopsticks" attached to the launch tower – named'Mechazilla' by Mr Musk – that will guide it back down onto the pad.

Our Avatars in Space 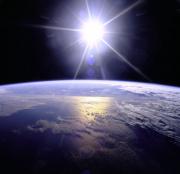 THE NEW HORIZONS SPACE PROBE carried 30 grams of Clyde Tombaugh's ashes to commemorate Tombaugh's discovery of Pluto in 1930. The package is no different in its information content than 30 grams of cigarette ashes, since Tombaugh's unique genetic information was burnt up and never loaded on board. A proper celebration of Tombaugh's historic contribution could have taken the form of an electronic record of his DNA. The Principal Investigator of the mission, Alan Stern, told me that sending a stem cell with Tombaugh's genetic making would have triggered a bureaucratic nightmare at NASA. The challenge is even bigger for launching a complete human being in the form of an astronaut to a journey in space that lasts more than a few years.

This image shows a view of asteroid Bennu's rocky surface in a region near the equator. Scientists thought Bennu's surface was like a sandy beach, abundant in fine sand and pebbles, which would have been perfect for collecting samples. Past telescope observations from Earth had suggested the presence of large swaths of fine-grained material smaller than a few centimeters called fine regolith. But when NASA's OSIRIS-REx mission arrived at Bennu in late 2018, the mission saw a surface covered in boulders. The mysterious lack of fine regolith became even more surprising when mission scientists observed evidence of processes potentially capable of grinding boulders into fine regolith.

Solar Imaging Is Complicated, But AI Is Helping 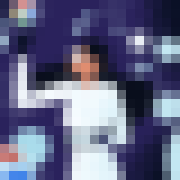 NASA scientists are using artificial intelligence to calibrate photographs of the Sun to improve data for solar studies. NASA's Solar Dynamics Observatory (SDO) has been providing high-definition photos of the Sun for nearly a decade since its launch on February 11, 2010. The photos have offered an in-depth examination of a variety of solar phenomena. SDO's Atmospheric Imaging Assembly (AIA) observes the Sun continuously and generates a lot of data about our Sun that has never been possible before. AIA degrades over time as a result of continual looking, and the data must be calibrated frequently.

NASA doesn't just want adults learning how to work with lunar soil. The space agency has launched a Lunabotics Junior contest that tasks K-12 students in the US with designing (but not manufacturing) a Moon-digging robot. They have to envision a compact (3.5ft by 2ft by 2ft) automaton that can dig and move lunar regolith while dealing with the stickiness of that soil. Kids have until January 25th, 2022 to submit both an image of the robot and a summary of how it's meant to operate. The two winners for the K-5 and 6-12 categories will each get a virtual classroom chat with Kennedy Space Center director Janet Petro, while four finalists in each group will have virtual sessions with a NASA expert.

As space tourism moves from science fiction to science fact, NASA is looking further into the future to when civilians will go far beyond Earth's orbit to visit distant worlds. The American space agency shared its'Visions of the Future' for such journeys in a new video that shows tourists kayaking on the waters of Saturn's moon Titan and free falling through the atmosphere of a distant exoplanet, 42 light-years from Earth. The video was inspired by a travel poster series created by NASA's Jet Propulsion Laboratory, which show several planets and moons that could one day be vacation destinations for humans living on Earth. 'While our robotic explorers have toured our solar system, the only place beyond Earth where humans have stood is the Moon,' NASA shared with the video. 'That's also the next place we'll send astronauts.

In this 21st century, AI is set to protect astronaut health from cosmic radiation through the recent collaboration of NASA Frontier Development Lab (FDL) and Intel known as Intel AI Mentor. It has developed the first-ever AI algorithm that needs a combination of radiation exposure data from humans as well as mice for providing biomarkers. Biomarkers are known for measuring the different stages of cancer progression efficiently and effectively. NASA FDL needed to formalize how casual machine learning models work on datasets in different environments and locations without physically moving the datasets. Intel AI Mentor can utilize custom AI algorithms for a better understanding of astronaut health and multiple ways of further improvement.

A combination of high-resolution satellite imaging and'deep learning' has identified more than 1.8 billion trees across the West African Sahara, Sahel and sub-humid zone – significantly more trees than were previously thought to exist in the region. The collaboration between NASA and several geoscience departments across the world used 11,128 satellite images from four satellites to count individual trees across 1.3 million square kilometres. The deep-learning approach has, for the first time, allowed researchers to identify individual trees across the dryland expanse. Because of the absence of closed canopies, many parts of the Sahara and the Sahel have previously been mapped with zero per cent tree cover. 'You need high-resolution satellite images to be able to detect individual trees and not just to make estimations based on identified areas of canopy cover,' says Martin Brandt from the University of Copenhagen.

The Morning After: Apple's Mac and Google's Pixel events, previewed

Apple's second fall product event kicks off later today at 1 PM ET. We've laid out what to expect, but it's not the only big tech event week. Spare a thought for some of our staff, who will go straight from Apple reportage into Google. Yep, Tuesday October 19th is Google's Pixel 6 event. While we know what the phone will look like -- and some of its specifications -- expect to see some software surprises.

NASA to use AI to discover rogue exoplanets wandering the galaxy

Researchers have developed a new method to detect rogue planets outside the solar system, worlds that wander their galaxies alone without a parent star. The technique, devised by NASA Goddard Space Flight Center scientist, Richard K. Barry, unites astronomy's future--in the form of the soon-to-launch Nancy Grace Roman Space Telescope--with its past, a method used by 19th-century astronomers to measure distances. The Contemporaneous LEnsing Parallax and Autonomous TRansient Assay (CLEoPATRA) mission will use parallax to measure distances, but the method will be bolstered by artificial intelligence (AI) developed by Dr. Greg Olmschenk. Olmschenk's program, RApid Machine learnEd Triage (RAMjET), will learn patterns through provided examples filtering out useless information and ensuring that of the millions of stars observed by CLEoPATRA per hour, only useful information is transmitted back to Earth. Recent research published in The Astronomical Journal suggests that exoplanets that exist in the Universe without a parent star could be more common than stars themselves, but until now spotting them has been difficult.