HPE announced today that it won the contract to build a supercomputer that will drive France's AI and HPC efforts. The computer will be part of GENCI, the French national infrastructure for HPC resources and facilities. The system, named Jean Zay after the French politician and cultural figure, came at the behest of an action issued by President of France Emmanuel Macron in support of the national strategy to make France the European leader in artificial intelligence research. Financed by GENCI and based on the HPE SGI 8600 platform, Jean Zay is slated to deliver a peak performance of 14 petaflops. Under a unified Omni-Path Architecture network, the system encompasses 1,528 Intel next-generation Xeon nodes and 261 GPU nodes, each with four Nvidia Tesla V100 (32GB) GPUs, 1,044 in all. 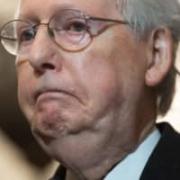 PARIS – France's defense ministry announced Monday it had carried out its first armed drone strike, killing seven Islamic extremists in central Mali over the weekend. France joins a tiny group of countries that use armed drones, including the United States. The drone deployment came nearly one month after two French helicopters collided in Mali, killing 13 soldiers in the deadliest military loss for France in nearly four decades. A defense ministry statement said the drone strike took place Saturday while French President Emmanuel Macron was visiting neighboring Cote d'Ivoire, where France has a military base. Macron already had announced that French forces had killed 33 extremists that day.

Algorithms and social media: A need for regulations to control harmful content? On 15 March 2019, a white supremacist committed a terrorist attack on two mosques in Christchurch, murdering 51 people as they were peacefully worshipping, injuring many others and live streaming the attack on Facebook. The attack was the worst of its kind in New Zealand's history and prompted an emotional nationwide outpouring of solidarity with Muslim communities. Our prime minister, Jacinda Ardern, moved quickly, travelling immediately to the Muslim communities affected, framing the attack as one on all New Zealanders, vowing compassion, refusing to ever say the name of the attacker, issuing a pledge to ban semi-automatic weapons of the kind used in the attack, and steering her people through a difficult emotional time of grief, anger and shock. The global response led Ardern and French President Emmanuel Macron to issue the #Christchurch Call,[1] calling for, among other things, an examination of the use of algorithms by social media platforms to identify and interfere with terrorist extremist online content. This country report critically examines the events, including discussion of technical measures to find and moderate the objectionable content.

HIGHLIGHTS FROM DAY 1 WHERE IS IQ'WHALO? What will our generation be remembered for? This year marks the second IGF attended by UN Secretary-General António Guterres. His opening speech last year – together with French President Macron's speech – carried substantive reflections on the state of global digital policy, and an encouraging vision for the digital developments ahead of us. This year's opening speech couldn't be more different. Characterised by examples of how the Internet is being misused and exploited, Guterres gave a stark account of the profound issues which are affecting today's technology and tomorrow's developments. 'It is for me an enormous frustration to be that today, not only we are still building physical walls to separate people, but that there is also the tendency to create some virtual walls in the Internet also to separate people.' The three main divides – the digital divide, the social divide, and the political divide – are still profound.

How will humanity manage the growth of artificial intelligence systems? To answer that, French and Canadian officials are drafting a blueprint for an expert council that they hope could be a prototype for global cooperation on AI policy. The Global Partnership for AI (GPAI), advanced over the past year by French president Emmanuel Macron and Canadian prime minister Justin Trudeau, has started to take shape in a series of transatlantic negotiations in the past few months. While many details have yet to be resolved, negotiators hope for a general understanding by the end of this year, according to Malik Ghallab, director emeritus of a French state robotics lab in Toulouse, who is active in the planning process. The idea is to create a standing forum – involving government, industry and academia – to monitor and debate the policy implications of AI globally.

Election Control in Social Networks via Edge Addition or Removal

We focus on the scenario in which messages pro and/or against one or multiple candidates are spread through a social network in order to affect the votes of the receivers. Several results are known in the literature when the manipulator can make seeding by buying influencers. In this paper, instead, we assume the set of influencers and their messages to be given, and we ask whether a manipulator ( e.g., the platform) can alter the outcome of the election by adding or removing edges in the social network. We study a wide range of cases distinguishing for the number of candidates or for the kind of messages spread over the network. We provide a positive result, showing that, except for trivial cases, manipulation is not affordable, the optimization problem being hard even if the manipulator has an unlimited budget ( i.e., he can add or remove as many edges as desired). Furthermore, we prove that our hardness results still hold in a reoptimization variant, where the manipulator already knows an optimal solution to the problem and needs to compute a new solution once a local modification occurs ( e.g., in bandit scenarios where estimations related to random variables change over time). Introduction Nowadays, social network media are the most used, if not the unique, sources of information. This indisputable fact turned out to influence most of our daily actions, and also to have severe effects on the political life of our countries. Indeed, in many of the recent political elections around the world, there has been evidence of the impact that false or incomplete news spread through these media influenced the electoral outcome. For example, in the recent US presidential election, Allcott and Gentzkow (2017) and Guess, Nyhan, and Reifler (2018) show that, on average, 92% of Americans remembered pro-Trump false news, while 23% of them remembered the pro-Clinton fake news. As another example, Ferrara (2017) shows that automated accounts in Twitter spread a considerable amount of political news in order to alter the outcome of 2017 French elections. Furthermore, Alaphilippe et al. (2018) and Giglietto et al. (2018) show that the fake news spread over the major social mediaCopyright c null 2020, Association for the Advancement of Artificial Intelligence (www.aaai.org). In this scenario, a natural question is to understand at which extent the spread of (mis)information on social network media may alter the result of a political election.

Explaining Data Science To Your Grandma

I cannot put exact words on my frustration. I have been a Data Scientist for 3 years and I have been struggling for most of these 3 years to explain to my family what the purpose and day to day activities of my jobs are. First of all, my family only speaks French and Data Scientist does not translate fully to French. Officially, the French government proposed a translation: "expert en métadonnées". Spoiler Alert, it means nothing to anyone.

France's aggressive push to develop its AI ecosystem seems to be paying dividends as the number of startups continues to soar. A new report released today identified 432 AI-related startups in France, up from 312 last year and 180 back in 2016. The report was produced by Roland Berger, a global consulting firm, and France Digitale, an association that represents venture capitalist and entrepreneurs. "It's fantastic news," said Nicholas Brien, CEO of France Digitale. The report was released on the eve of the 4th annual France is AI conference that is being held Wednesday at the Station F startup campus in Paris.

France is poised to become the first European country to use facial recognition technology to give citizens a secure digital identity -- whether they want it or not. Saying it wants to make the state more efficient, President Emmanuel Macron's government is pushing through plans to roll out an ID program, dubbed Alicem, in November, earlier than an initial Christmas target. The country's data regulator says the program breaches the European rule of consent and a privacy group is challenging it in France's highest administrative court. It took a hacker just over an hour to break into a "secure" government messaging app this year, raising concerns about the state's security standards. None of that is deterring the French interior ministry.

Infrastructural Development and Focus on Risk Management Have Driven Market Growth in Germany 9.3.2 UK 9.3.2.1 Favorable Regulatory Outlook has Pushed the Adoption of Hcit Solutions in the UK 9.3.3 France 9.3.3.1 Initiatives Taken By the French Government to Promote the use of Healthcare IT Solutions Will Drive Market Growth 9.3.4