'Special Report' panelists discuss the impact of the Abrams tanks for Ukrainian forces amid the Russian onslaught. Ukraine sounded alarms across the country on Thursday after Russia launched a wave of missile and drone strikes, officials said. Air sirens were also heard in the country's capital city of Kyiv, where missile defense systems successfully struck down 15 targets. There were no immediate reports of injuries. Ukrainian military general Serhii Popko said missiles were fired "in the direction of Kyiv," but did not disclose if Russia was intending to target government buildings or something else.

Can robots really plug the workforce shortage left by Brexit?

Migration was quite a big deal, Brexit-wise, but six years on, and two after the end of free movement, what has been the impact? The level of net migration certainly hasn't fallen, but a new report from Jonathan Portes and John Springford argues that if you focus on workers, the end of freedom of movement has left about 330,000 fewer in Britain (460,000 fewer Europeans, but 130,000 more from elsewhere). That's a reduction of roughly 1% of the labour force, prompting many to say that a lack of migration drove recent economy-wide labour shortages. This is overstated (hiring difficulties have been common across Europe), but fewer available workers will have contributed to the hiring challenges in lower-paying sectors that were previously reliant on EU workers (and where the authors show the workforce reduction is concentrated). The important question is what happens next.

Countries around the world invest in robotics to support developments in industry and society. What are the exact targets of robotics research funding programs (R&D) officially driven by governments in Asia, Europe and America today? This has been researched by the International Federation of Robotics and published in the 2023 update paper of "World Robotics R&D Programs". "The 3rd version of World Robotics R&D Programs covers the latest funding developments including updates in 2022," says Prof. Dr. Jong-Oh Park, Vice-Chairman IFR Research Committee and member of the Executive Board. In China, the "14th Five-Year Plan" for Robot Industry Development, released by the Ministry of Industry and Information Technology (MIIT) in Beijing on 21st December 2021, focuses on promoting innovation.

Public Programs Are Only as Good as Their Data

Data scientists will have a bumper year in 2023 as governments invest heavily in applying AI and algorithms to public policy. The European Commission has committed €1.3 billion ($1.38 billion) to research and innovation under the Digital Europe Programme. The UK government is funding £117 million ($143.6 million) for PhDs in AI, and it's already on the second year of its 10-year plan to "make Britain a global AI superpower." Examples of ongoing initiatives include the National Health Service's use of AI to identify abnormalities in CT scans and the Department for Work and Pensions' efforts to detect fraud in universal credit applications. This story is from the WIRED World in 2023, our annual trends briefing. 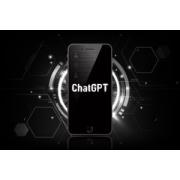 Russian cyber-criminals have been observed on dark web forums trying to bypass OpenAI's API restrictions to gain access to the ChatGPT chatbot for nefarious purposes. Various individuals have been observed, for instance, discussing how to use stolen payment cards to pay for upgraded users on OpenAI (thus circumventing the limitations of free accounts). Others have created blog posts on how to bypass the geo controls of OpenAI, and others still have created tutorials explaining how to use semi-legal online SMS services to register to ChatGPT. "Generally, there are a lot of tutorials in Russian semi-legal online SMS services on how to use it to register to ChatGPT, and we have examples that it is already being used," wrote Check Point Research (CPR), which shared the findings with Infosecurity ahead of publication. "It is not extremely difficult to bypass OpenAI's restricting measures for specific countries to access ChatGPT," said Sergey Shykevich, threat intelligence group manager at Check Point Software Technologies.

Deployed on a scale never seen before to carry out both surveillance and strikes, drones ranging from small commercially-available models to larger aircraft have become a defining feature of the Ukraine conflict. Drones have been a part of warfare for years, employed extensively by the United States during the "War on Terror," and they have played important roles in conflicts including in Iraq and in the Nagorno-Karabakh region. But the degree to which they are being used by both sides in Ukraine -- and the benefits they bring, as well as the threats they pose -- highlights the importance for militaries to be ready to employ and to counter drones in future conflicts. "The size and the scale of drone use in Ukraine supersedes all the previous conflicts," said Samuel Bendett, a researcher in uncrewed military systems who is an analyst with the CNA Russia Studies Program. Bendett stressed the "absolutely unprecedented use of commercial-type drones" for both surveillance and combat in Ukraine, and said the war has shown that "small... tactical drones are absolutely essential -- at every unit, every platoon level, every company level."

Ten European software industry associations have called on the EU to scrap plans to include the regulation of general-purpose AI including natural language processing and chatbots in its new AI Act, describing it as a "fundamental departure from its original objective" and saying that it could stifle innovation and hit the open source community. The European Union AI Act aims to establish a framework to regulate the use of artificial intelligence, taking a "risk-based" approach to its use and establish a worldwide standard. The Act includes core provisions including tighter regulations in high-risk areas such as healthcare and transparency requirements, focusing on specific-purpose narrow AI. However, the group of industry associations, led by BSA, the software alliance, has published a joint statement urging EU institutions to reject recent additions to the Act that include regulation of general purpose AI and instead "maintain a risk-based approach". The objective of general purpose AI is to create machines that can reason and think like a human.

Proposal for EU Artificial Intelligence Act Passes Next Level – Where Do We Stand and What's Next?

Following multiple amendments and discussions, the EU Member States – the Council of the EU – approved a compromise version of the proposed Artificial Intelligence Regulation (AI Act) on December 6, 2022. Once adopted, the AI Act will be the first horizontal legislation in the EU to regulate AI systems, introducing rules for the safe and trustworthy placing on the EU market of products with an AI component. The Regulation's extraterritorial scope (i.e., application to providers and users outside the EU when the output produced by the system is used in the EU) and its exceptionally high fines of the higher of up to €30 million or up to 6 % of the company's total worldwide annual turnover for the preceding financial year, are expected to shape the regulatory requirements outside of the EU borders as has been the case with the European General Data Protection Regulation (GDPR). The first proposal for an AI Act was published by the European Commission (Commission) in April 2021. The current version of the AI Act will next have to be adopted by the European Parliament (Parliament).