Singapore's public sector has kicked off 5G pilots involving uses cases for various industries, including healthcare, manufacturing, and construction. The government is targeting to run 15 live trials on the southern island of Sentosa by yer-end, before ramping this figure up to at least 30 by the first half of 2023. The first set of 10 already had started at Sentosa, with multiple agencies including the Building and Construction Authority (BCA), National Environment Agency (NEA) and Centre for Healthcare Assistive and Robotics Technologies (Chart) under Changi General Hospital. These trials would see the use of 5G for autonomous robots, tele-operated vehicles, and augment reality applications, according to Government Technology Agency (GovTech), which is the public sector's CIO. Industry regulator Infocomm Media Development Authority has set aside S$40 million (US$29.53 million) to support research and development efforts and drive adoption of 5G, which include initiatives focused on key verticals such as urban mobility and maritime.

Singapore's Defence Science and Technology Agency (DSTA) has inked a partnership with Philadelphia-based Ghost Robotics to identify uses cases involving legged robots for security, defence, and humanitarian applications. They will look to test and develop mobile robotic systems, as well as the associated technology enablers, that can be deployed in challenging urban terrain and harsh environments. The collaboration also would see robots from Ghost Robotics paired with DSTA's robotics command, control, and communications (C3) system, the two partners said in a joint statement released Thursday. The Singapore government agency said its C3 capabilities were the "nerve centre" of military platforms and command centres, tapping data analytics, artificial intelligence, and computer vision technologies to facilitate "tighter coordination" and effectiveness during military and other contingency operations. Its robotics C3 system enabled simultaneous control and monitoring of multiple unmanned ground and air systems to deliver a holistic situation outline for coordinated missions, including surveillance in dense urban environments.

The Singapore government plans to increase its ICT spend by 30% in its fiscal 2020 to SG$3.5 billion ($2.52 billion), as it looks to fuel the adoption of digital technologies and help businesses recover from the COVID-19 pandemic. Small and midsize businesses (SMBs), in particular, will be able to participate in 80% of such procurement opportunities. GovTech Singapore, which oversees the public sector's ICT deployment, said it would focus its 2020 budget on five areas including the development of new digital tools to respond to COVID-19 as well as digital services that support citizens and businesses. The government's ICT expenditure also would facilitate the development of systems running on cloud and the use of data analytics, artificial intelligence (AI), and sensors within its sector. It also would be looking to drive modernisation of government ICT infrastructure, said GovTech.

No, robot dog, I won't be policed by you

I appreciate policing, but not too much policing. This TechRepublic Premium ebook compiles the latest on cancelled conferences, cybersecurity attacks, remote work tips, and the impact this pandemic is having on the tech industry. I feel the same way about artificial intelligence. It's useful at times, but please don't ram it down my throat -- or into my ears -- as if it's a miracle cure. I'm therefore fascinated but ultimately disturbed by an experiment currently being enacted by Singapore's government.

Far from barking its orders, a robot dog enlisted by Singapore authorities to help curb coronavirus infections in the city-state politely asks joggers and cyclists to stay apart. The remote-controlled, four-legged machine built by Boston Dynamics was first deployed in a central park on Friday as part of a two-week trial that could see it join other robots policing Singapore's green spaces during a nationwide lockdown. "Let's keep Singapore healthy," the yellow and black robodog named Spot said in English as it roamed around. "For your own safety and for those around you, please stand at least one metre apart. Thank you," it added, in a softly-spoken female voice. 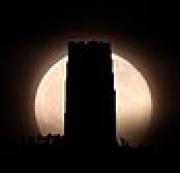 Boston Dynamics' robotic dog, Spot, is roving Singapore parks in an effort to remind pedestrians to remain a safe distance from one another. According to a statement from the country's National Parks Board, Spot will traverse a 4-mile swath of Bishan-Ang Mo Kio Park during off-peak hours while playing a recorded message that reminds park-goers'observe safe distancing measures.' The bot will also be fitted with cameras that are'enabled with... video analytics' which will be used to estimate the number of people in the park. According to a statement, the cameras will not track or record specific individuals, and no personal data will be collected. MailOnline has reached out to Singapore's Government Technology Agency to find out more about the video analytics system equipped to the bot and will update with further information.

The archaic, paper-based world of trade finance looks set to take a further leap into the digital future, as trade finance distribution platform Tradeteq begins a collaboration with the Singapore Management University (SMU) to explore quantum computing-based solutions for the industry. Supported by the Monetary Authority of Singapore (MAS) under its artificial intelligence and data analytics (AIDA) grant scheme, the research project, titled Exploring the advantages of a quantum system for machine learning applied to credit scoring, aims to build a predictive machine learning model implemented on a quantum computer in order to tackle inefficiencies in approving trade finance. "Currently, many small and-medium-sized businesses are unable to grow their companies due to a lack of funding as they are deemed'too risky' by current credit rating models," says Pang Hwee Hwa, dean of the SMU School of Information Systems. "With shorter processing time, more businesses could be scored and with greater accuracy thereby creating more trust and providing greater access to finance for companies than ever before." Quantum computing is still very much in its infancy, and the technology doesn't yet exist to build a large-scale quantum computer.

The government of Singapore is preparing to transition to a facial recognition program it hopes will eliminate the need for ID cards by 2022. Beginning in June, kiosks fitted with cameras will be installed at a limited number of government agencies, and instead of presenting an ID card citizens will be able to check in for services with just their faces. The facial recognition system is a major expansion of the Smart Nation Initiative, which began in 2014 under Prime Minister Lee Hsien Loong and through which the state has built up a biometric database on more than four million Singaporeans over the age of 15. The facial recognition kiosks will crosscheck each new scan against this database to verify a person's identity, according to a report in The Strait Times. The kiosks will also work in tandem with SingPass Mobile, an app launched in 2018 that allows people to register their own finger print and face data with the government's biometric database.

Fifteen global companies have taken up Singapore's AI Model Governance Framework; Practical examples for organisations to follow suit. Singapore sees Artificial Intelligence ("AI") as an important and fundamental technology for the Digital Economy, with AI-powered products offering a level of personalised service at scale that was previously unimaginable. In the global discourse on AI ethics and governance issue, Singapore believes that its balanced approach can facilitate innovation, safeguard consumer interests, and serve as a common global reference point. These initiatives follow Singapore's launch of the Model AI Governance Framework in Davos in 2019, as well as the announcement of Singapore's National AI Strategy in November 2019, and demonstrate the progress made in supporting organisations in deploying responsible AI. The new initiatives were announced by Mr S Iswaran, Singapore's Minister for Communications and Information, and Ms Kay Firth-Butterfield, AI Portfolio Lead at the World Economic Forum, at a joint press conference with the WEF's Centre for the Fourth Industrial Revolution ("WEF C4IR") at WEF's Annual Meeting in Davos.