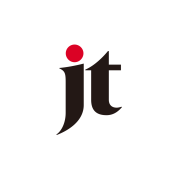 Fukushima – A robot created by a team from a technology college in northeastern Japan recently won the top prize in a robotics competition that had the theme of decommissioning the Fukushima No. 1 nuclear power plant. The Mehikari robot of Fukushima College earned praise for its speed as well as ability to employ different methods to retrieve mock debris similar in size to that at the plant, the site of a nuclear disaster triggered by a massive earthquake and tsunami on March 11, 2011. The robot completed the set task in about 2 minutes, the fastest time, in the annual competition aimed at fostering future engineers that was attended by students from 13 colleges belonging to the National Institute of Technology. Sunday's competition was the fifth of its kind. Students in 14 teams from the colleges across the country such as in Osaka and Kumamoto prefectures were tasked this year with developing robots to remove fuel debris from the plant, organizers said.

Fukushima nuclear debris removal to be delayed due to pandemic 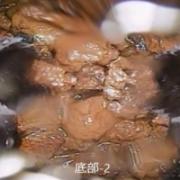 The operator of the Fukushima No. 1 nuclear power plant, which suffered core meltdowns in 2011, has decided to delay the removal of nuclear debris by about one year from 2021 due to the coronavirus pandemic, sources said Wednesday. The process of removing the melted fuel, the most difficult part of cleaning up the facility, was to begin at the No. 2 reactor in 2021, but the virus spread has stalled tests in the U.K. of a robot arm that is to be used for the removal, the sources said. Of the Nos. 1 to 3 reactors that experienced meltdowns following a massive earthquake and tsunami, the removal procedure was to start at the No. 2 unit because the operator, Tokyo Electric Power Company Holdings Inc., had the best grasp of its internal condition, they said. Tepco had planned to insert a robot arm into the unit's containment vessel, from which it would initially extract around 1 gram of the debris at a time, then gradually expand the amount as it works toward removing several kilograms a day. The company was originally scheduled to verify in August the viability of the robot arm in the U.K. and transfer the equipment to Japan in February 2021 so that workers could start training with it.

Mission possible? The long road ahead for Fukushima cleanup.

Nearly a decade after the three meltdowns at Fukushima No. 1 nuclear power plant, plans are underway to finally remove nuclear fuel debris from the three reactors. But in order to remove it, Tokyo Electric Power Company Holdings Inc. (Tepco), the operator of the plant, needs to ensure there is a place to store the debris once it is retrieved. This is thought to be the reason why the government is rushing to give the green light to releasing tritium-laced water piling up at the plant into the Pacific -- to give room for the storage of fuel debris. But removing the fuel debris -- a crucial step in the decommissioning process -- is an enormous task on its own, with measures that need to be resolved emerging one after another. At a three-day online meeting of the Atomic Energy Society of Japan from Sept. 16, an official from the International Research Institute for Nuclear Decommissioning (IRID) who is in charge of technical development regarding the decommissioning of the Fukushima plant, explained the plan, or the lack thereof, to remove the debris at reactor No. 2. "We will consider what kind of measures to take, comparing tactics and developing techniques," the official said, with a hint of frustration at not being able to come up with a specific way yet.

Nuclear power is one of the cheapest forms of generating carbon-free energy but is instead known for being the opposite. While constructing a nuclear plant is expensive and recent projects in the US and EU have suffered from overruns, operating it is cheaper than many other energy sources. It also turns out that the reason for expensive construction is not entirely technical and often has political factors outside the control of the maker. So how can these costs be reduced? A nuclear plant's costs are made up from capital and operation costs.

Dynamic Uncertain Causality Graph(DUCG) is a recently proposed model for diagnoses of complex systems. It performs well for industry system such as nuclear power plants, chemical system and spacecrafts. However, the variable state combination explosion in some cases is still a problem that may result in inefficiency or even disability in DUCG inference. In the situation of clinical diagnoses, when a lot of intermediate causes are unknown while the downstream results are known in a DUCG graph, the combination explosion may appear during the inference computation. Monte Carlo sampling is a typical algorithm to solve this problem. However, we are facing the case that the occurrence rate of the case is very small, e.g. $10^{-20}$, which means a huge number of samplings are needed. This paper proposes a new scheme based on conditional stochastic simulation which obtains the final result from the expectation of the conditional probability in sampling loops instead of counting the sampling frequency, and thus overcomes the problem. As a result, the proposed algorithm requires much less time than the DUCG recursive inference algorithm presented earlier. Moreover, a simple analysis of convergence rate based on a designed example is given to show the advantage of the proposed method. % In addition, supports for logic gate, logic cycles, and parallelization, which exist in DUCG, are also addressed in this paper. The new algorithm reduces the time consumption a lot and performs 3 times faster than old one with 2.7% error ratio in a practical graph for Viral Hepatitis B.

How AI can help boost alternative and renewable energy use

Ten years ago, I was engaged in the writing of an energy power grid report that was part of a national initiative to assess the health of our electrical energy grid and its resilience. Assets like wind farms and contemporary fossil and nuclear fuel systems were in place for energy distribution, but to my surprise there was also equipment in the grid that dated back to the 1890s and was still in production. I began to understand the challenges of using renewable energy such as wind and solar when it came to assessing energy supply and demand and ensuring there is enough on-hand energy to power the homes and businesses that are relying on it. When utilities were using gas, coal, or nuclear energy to power the grid, the in-flow of that fuel from its source was consistent, so it was easy to assess supply and demand on any given day and to deliver the energy needed to power homes and businesses. What if the wind gusted to 40 mph one day, and was perfectly still on the next day?

Boston Dynamics' Spot robot is expanding to its resume every day, and the quadruped can add nuclear power plant exploration and radiation monitoring to the list. Engineers from the University of Bristol recently tested Spot around the Exclusion Zone territory of the Chernobyl Nuclear Power Plant. The Exclusion Zone covers approximately a 1,000-square-mile area in Ukraine surrounding the Chernobyl Nuclear Power Plant, where radioactive contamination is highest and public access and inhabitation are restricted. According to the State Agency for Exclusion Zone Management, this is the first time Spot has been tested there. Spot helped create a 3D map of the distribution of nuclear radiation around the Chernobyl Nuclear Plant.

Machine-learning techniques, best known for teaching self-driving cars to stop at red lights, may soon help researchers around the world improve their control over the most complicated reaction known to science: nuclear fusion. Fusion reactions are typically hydrogen atoms heated to form a gaseous cloud called a plasma that releases energy as the particles bang into each other and fuse. Getting these reactions under better control could create huge amounts of environmentally clean energy from nuclear reactors in fusion power plants of the future. "The connection between machine learning and fusion energy is not obvious," said Sandia researcher Aidan Thompson, principal investigator for a $2.2 million, three-year DOE Office of Science award to make that connection. "Simply put, we have pioneered machine-learning's use to improve simulations of the reactor's wall material as it interacts with the plasma. This has been beyond the scope of atomic-scale simulations of the past."

OpenAI's new immensely convincing language generator, GPT-3, recently demonstrated its rhetorical prowess when it argued the case for why it's harmless. Now, research scientist Janelle Shane has used the tool to generate something a bit more lighthearted. Namely, ideas on how to make nuclear waste sites safe for thousands upon thousands of years. Are you not terrified and repulsed?? I prompted GPT-3 with some human proposals for marking a nuclear waste site, in a way that will still be forbidding millennia from now.https://t.co/3v8uPJ98mo

In Marvel's comic universe following the end of World War II Howard Stark tries to tap into the energy of the mystical "Tesseract" and develops the arc reactor -- a technology he believes to hold the key to unlimited, sustainable energy and would make nuclear energy look like an AAA battery. However, the perfect reactor cannot be built without a certain theoretical element and he lacks the technology to synthesize it. In the film "Iron Man", his son Tony Stark builds a miniature version of the Arc Reactor when held hostage in an Afghan cave to power an electromagnet, which keeps deadly shrapnel from piercing his heart. Even this small reactor has a remarkable output of 3 GJ/s -- as much as three times the average energy produced by a nuclear power plant. As the reactor's waste products threaten to poison him, Tony searches for new elements for the reaction.