A lawn mower is a hefty investment, so it's very important to do your research to see what will best fit your lawn before spending any money. There are two basic types of lawn mower: ride-on tractors and push mowers. And each category has multiple sub-types like zero-turn, AI-driven robot, or self-propelled. It's also important to note how each lawn mower you're considering gets its power. The vast majority of models use gas-powered engines, which means that you have to consider the cost of keeping extra fuel and performing regular maintenance into your budget.

World's first VERTIPORT opens in Coventry: Air-One will serve as a hub for drones and flying taxis

From Harry Potter to The Jetsons, flying cars have been staple features of science fiction blockbusters for years. And with the futuristic vehicles rapidly getting closer to becoming a reality, the world's first vertiport has opened this week. The Air-One vertiport is located in Coventry and will be a hub for drones and electric vertical take-off and landing (eVTOL) aircrafts, including flying cars and taxis. The site will serve as a blueprint for more than 200 vertiports planned worldwide over the next five years, according to Urban-Air Port, the UK-based developer of Air-One. 'The opening of Air-One is a momentous moment – the starting gun for a new age of transport, an age of zero-emission, congestion-free travel between and within cities that will make people healthier, happier and more connected than ever before,' said Ricky Sandhu, Founder and Executive Chairman of Urban-Air Port.

In 2022, the most important trends in AI and Machine Learning will alter the timeline

With the Covid-19 outbreak, companies from all walks of life are leveraging advanced technology to revolutionize the way we work and live. Over the past few years, technology has undoubtedly become an important feature and guideline in times of crisis. Artificial intelligence, machine learning and other related technologies have the potential to transform traditional business models from the most basic to the simplest, efficient and inexpensive. The "smart" component of smart digital solutions refers to artificial intelligence and machine learning. These two fundamental elements are called the "brains" of intelligent machines, which are used to provide efficient and efficient business solutions.

The last year has been tricky for electric vehicle startups. After a burst of investment mania in which companies raised billions on the mere promise of battery propulsion, valuations have come back down to earth. One of the loudest thuds has come from Arrival, the closest to what could be called a British electric vehicle champion. Its market value on the Nasdaq has fallen from $15bn (£11.6bn) in March 2021, when it first completed a merger with a listed cash shell, to about $1.75bn. Almost all its startup rivals have suffered similar plunges, but Arrival is arguably a special case. 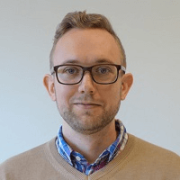 The touted price tag surely stands out, given Deeproute is promising two to five solid-state lidars, eight cameras, as well as Nvidia's Drive Orin system-on-a-chip (SoC) for each of its Level 4 solutions, the stage of autonomous driving that does not require human intervention in most conditions. It's not news that Chinese lidar makers are striving to make the sensor technology more affordable. Xpeng, a Chinese electric vehicle upstart, said in 2021 that it would be adding lidar made by DJI-affiliate Livox to its mass-produced vehicles. But even with each lidar unit being $500, which is already low by today's standard (they could easily cost tens of thousands of dollars just a few years ago), the sum quickly adds up to $2,500 without counting the cameras and chips yet. Deeproute, which is backed by Alibaba and Chinese carmaker Geely, declined to disclose the price for its "bulk purchase" of lidar and other components because "the suppliers want to keep it confidential."

The graph represents a network of 1,840 Twitter users whose tweets in the requested range contained "#selfdrivingcars", or who were replied to or mentioned in those tweets. The network was obtained from the NodeXL Graph Server on Wednesday, 20 April 2022 at 12:47 UTC. The requested start date was Wednesday, 20 April 2022 at 00:01 UTC and the maximum number of tweets (going backward in time) was 7,500. The tweets in the network were tweeted over the 25-day, 6-hour, 8-minute period from Friday, 25 March 2022 at 15:16 UTC to Tuesday, 19 April 2022 at 21:24 UTC. Additional tweets that were mentioned in this data set were also collected from prior time periods. 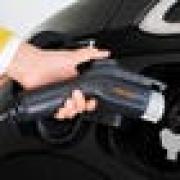 Are you the proud owner or future purchaser of a battery electric vehicle (BEV) or a plug-in hybrid electric vehicle (PHEV)? You'll use public charging stations when you're on a road trip, but the experience of owning an electric vehicle (EV) improves dramatically when you can recharge on your own schedule, without having to worry about finding a place to plug in moving your car when it's done charging. A personal charger also lets you take advantage of the best electric rates, especially if your utility charges lower rates in off-peak hours. Most EVs include a cable that allows you to plug into a standard household outlet for what's known as Level 1 charging. In the U.S., that means a 120V circuit capable of adding about 3-5 miles of range for every hour of charge.

Processor power prediction Researchers from Duke University, Arm Research, and Texas A&M University developed an AI method for predicting the power consumption of a processor, returning results more than a trillion times per second while consuming very little power itself. "This is an intensively studied problem that has traditionally relied on extra circuitry to address," said Zhiyao Xie, a PhD candidate at Duke. "But our approach runs directly on the microprocessor in the background, which opens many new opportunities. I think that's why people are excited about it." The approach, called APOLLO, uses an AI algorithm to identify and select just 100 of a processor's millions of signals that correlate most closely with its power consumption. It then builds a power consumption model off of those 100 signals and monitors them to predict the entire chip's performance in real-time.

How the Metaverse Could Change Work Imagine a world where you could have a beachside conversation with your colleagues, take meeting notes while floating around a space station, or teleport from your office in London to New York, all without taking a step outside your front door. Feeling under pressure with too many meetings scheduled today? Then why not send your AI-enabled digital twin instead to take the load off your shoulders? These examples offer but a glimpse into the future vision of work promised by "the metaverse," a term originally coined by author Neal Stephenson in 1992 to describe a future world of virtual reality. While defying precise definition, the metaverse is generally regarded as a network of 3-D virtual worlds where people can interact, do business, and forge social connections through their virtual "avatars."