Is Artificial Intelligence Ready For The Great Rehiring? - AI Summary

Numerous studies, including the WEF's 2020 Future of Jobs Report, have documented the ways that the pandemic has exacerbated inequalities in the global workplace. Indeed, unemployment rates for African-Americans and Latinos have consistently outpaced those for Whites by several percentage points, and that trend persists even as Americans begin re-entering the workforce in record numbers. This is because of the way that AI works: algorithms correlate information from a finite data set in order to make predictions about job applicants. If an algorithm's training data consists of the employer's current workforce, it may simply replicate the status quo. This can be problematic if the current workforce is made up predominantly of employees of one race, gender, or age group, because a hiring algorithm may automatically screen out applicants who do not share those same characteristics. 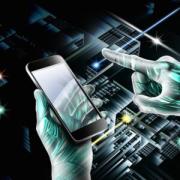 In American society, the service sector, which generally produces intangible rather than tangible goods, rules the U.S. economy and accounts for about 80 percent of the nation's gross domestic product. Service is in the eye of the beholder, and Americans have spoken loudly concerning their level of satisfaction with "service" in the U.S. economy. For example, the American Customer Satisfaction Index (ACSI) (comprising a cross-section of U.S. industries), based in the Ross School of Business, University of Michigan-Ann Arbor, tracks quarterly the overall satisfaction level of company performance by U.S. customers (ranking it from a low of 0 to a high of 100). Since recording a survey result of 77.0 in the third quarter of 2018, U.S. customer satisfaction has declined continuously to 73.6 in the first quarter of 2021, a ranking not surveyed by the ACSI since 2005. Interestingly, according to ACSI, "manufactured goods tend to score higher for customer satisfaction than do services.

The Future of AI and Big Data: Three Concepts

"We are probably in the second or third inning." Lo, a professor of finance at the MIT Sloan School of Management, and Ajay Agrawal of the University of Toronto's Rotman School of Management shared their perspective at the inaugural CFA Institute Alpha Summit in May. In a conversation moderated by Mary Childs, they focused on three principal concepts that they expect will shape the future of AI and big data. Lo said that applying machine learning to such areas as consumer credit risk management was certainly the first inning. But the industry is now trying to use machine learning tools to better understand human behavior.

Backpacks to track bees, bushfire modelling and sensors to detect broken water pipes are some of the technologies being developed in Australia as part of an artificial intelligence boom. Digital Economy Minister Jane Hume says artificial intelligence has the capacity to improve the lives of all Australians. Senator Hume will tell a Committee for Economic Development of Australia event on Tuesday the government had two roles to play in terms of AI: an enabler and a standards setter, especially in terms of ethics. Earlier this year the government announced a $1.2 billion digital economic strategy which included an additional $124 million commitment to the AI initiatives. The CSIRO estimates AI technology will contribute $22 trillion into the global economy by 2030.

Business Leaders Can Defeat the Labor Uprising with AI

It's hard to believe that businesses that were fortunate enough to survive the pandemic are now facing another calamity. The labor shortage or wage shortage (depending on where you stand) could cripple the economic recovery efforts of the US as we head towards potential runaway inflation. The latest Consumer Price Index (CPI) is at 5 percent with no end to rising prices. Do others around the world see Americans as lazy, entitled teenagers pining for a better allowance? As of May 3, the World Health Organization states that the US was leading other countries in vaccination rates, while other countries like India continue to suffer.

Before the pandemic, at the World Economic Forum 2018, Justin Trudeau addressed the audience by saying, "The pace of change has never been this fast, yet it will never be this slow again." As we look back, we realize these words couldn't be more true. Even in the past year, we have seen exponential tech advancements and changes in consumer behavior that have eclipsed what had occurred in previous decades. From the pandemic, we are able to see the emergence of megatrends across multiple industries that will impact banking, disrupting legacy business models, and having the potential to improve consumer's financial lives. Some of these megatrends are already well in process, while others are in their formative stage.

Titled "Investing in trustworthy AI," the 82-page report from Deloitte and the Chamber Technology Engagement Center sought to identify the concerns that technology experts have when it comes to the adoption of AI, as well as highlight the impact that government investment in AI can have on the emerging technology. For instance, the survey found that 66% of respondents indicated that "the government could mitigate unwanted biases" and found 69% suggested that "the government could encourage accountability for AI decisions." Two-thirds of survey-takers want the government to reduce the impact of job loss due to AI, while 72% said the government could "mitigate acceleration of social divides between workers with and without AI skills." "Broadly, respondents overwhelmingly supported the notion that government intervention could enhance the benefits of AI and thus contribute to increased AI trustworthiness," the report states. One-quarter of patents granted by the United States Patent and Trademark Office use AI technologies in some shape or form, reports Deloitte, which claims that the economic impact of AI will be somewhere between $447 billion and $1.43 trillion over the next five years.

How to start a career as artificial intelligence - Illinois News Today

New Delhi [India], July 21 (ANI / PNN): According to the World Economic Forum, 133 million new jobs will be created in the field of artificial intelligence (AI) by 2022. Job demand and growth is projected in three key areas: data analysts and data scientists, AImachine learning specialists (including AI software engineers), and big data specialists. At the peak of decision-intelligence companies, use software that embeds AI within organizations across sales, marketing, planning, and supply chains to transform decision-making. The company has grown rapidly in the last 12 months, expanding its teams in Jaipur (India) and the United Kingdom, as well as opening new offices in the United States and Pune (India). As a result, Peak is creating 150 new jobs worldwide this year, including roles in data science and AI software engineering.

Artificial intelligence is a fifth more accurate at predicting whether individuals are likely to become long-term recipients of benefits. A new method of predicting welfare dependency, developed by Dr. Dario Sansone from the University of Exeter Business School and Dr. Anna Zhu from RMIT University, could save governments billions in welfare costs as well as help them make earlier interventions to prevent long-term economic disadvantage and social exclusion. Their study found that machine learning algorithms, which improve through several iterations and use of big data, are 22% more accurate at predicting the proportion of time individuals are on income support than the standard early warning systems. The researchers were able to apply the off-the-shelf algorithms to the entire population of people enrolled in the Australian social security system between 2014 and 2018. This included demographic and socio-economic data of anyone who received a welfare payment from Australia's social security system Centrelink, whether on the grounds of unemployment, disability, having children, or being a carer, a student or of pensionable age.

Firms don't use artificial intelligence much, so the current hype is tripe - Workplace Insight 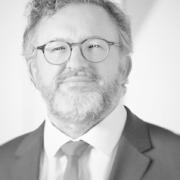 Many governments are increasingly approaching artificial intelligence with an almost religious zeal. By 2018 at least 22 countries around the world, and also the EU, had launched grand national strategies for making AI part of their business development, while many more had announced ethical frameworks for how it should be allowed to develop. The latest is Ireland, which has just announced its national artificial intelligence strategy, "AI – Here for Good". It aims to become "an international leader in using AI to benefit our economy and society, through a people-centred, ethical approach to its development, adoption and use". This is to be obtained via eight policy commandments, including increasing trust in and understanding of AI by using an "AI ambassador" – a veritable AI high priest – to spread the message around the country.