Edge AI, is this the end of Cloud?

These days, companies are using cloud services to receive and process the data they gather from sensors, cameras, and services. However, the amount of data is getting so massive that sending them and managing them is becoming increasingly expansive. This is where Edge AI comes in, a combination of Edge Computing and Artificial Intelligence. Edge AI is a system of AI-equipped chips that are on board multiple devices. These devices can be installed and set up much closer to the sources of data. Although these chips process with less processing power and maybe slower action, they can provide invaluable services in terms of receiving and processing the data.

The Most Disturbing Part of the Latest Tesla Crash

Two men died near Houston, Texas, on Saturday while riding in a 2019 Tesla Model S that, according to local authorities, was speeding into a turn and ended up going off the road and crashing into a tree. It took first responders four hours and more than 30,000 gallons of water to put out the resulting fire, which kept reigniting; when damaged, the lithium ion batteries in electric cars can cause fires that are very difficult to extinguish because of how they store energy. Authorities reportedly attempted to ask Tesla for advice on how to put out the fire, but it's unclear whether they ended up getting any help. Besides the fire, there was something especially disturbing about the crash: No one was in the driver's seat. One of the men was in the passenger seat and the other in the rear. 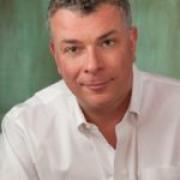 Artificial Intelligence is taking over the world, changing our lives and pushing boundaries. AI is indeed now smarter and embedded in more and more devices, such as toothbrushes, refrigerators, and thermostats, than ever before. How about a smart toilet that provides a rapid, daily health check and screening readout! Now, this may sound like an extreme example of TMI (too much information) but consider the positive implications. In a way, it makes total sense, as using the toilet daily is something that we humans all have in common.

What Waymo's new leadership means for its self-driving cars

Waymo, Alphabet's self-driving car subsidiary, is reshuffling its top executive lineup. On April 2, John Krafcik, Waymo's CEO since 2015, declared that he will be stepping down from his role. He will be replaced by Tekedra Mawakana and Dmitri Dolgov, the company's former COO and CTO. Krafcik will remain as an advisor to the company. "[With] the fully autonomous Waymo One ride-hailing service open to all in our launch area of Metro Phoenix, and with the fifth generation of the Waymo Driver being prepared for deployment in ride-hailing and goods delivery, it's a wonderful opportunity for me to pass the baton to Tekedra and Dmitri as Waymo's co-CEOs," Krafcik wrote on LinkedIn as he declared his departure.

The reader of the post must have a basic understanding of Convolutional Neural Networks. If you are unfamiliar with the topic you can refer to this link and if you want to know more about the convolutional operation which is actually derived from basic image processing, you can read this blogpost as well. Convolutional Neural Networks or CNN's, in short, is one of the main causes of the revival of artificial intelligence research after a very long AI winter. The applications based on them were the first ones which showcased the power of artificial intelligence or deep learning to be precise and revived the faith in the field which was lost after Marvin Minsky pointed out that Perceptron just worked on linearly separable data and failed to work on the simplest non-linear functions such as XOR. Convolutional Neural Networks are very popular in the domain of Computer Vision and almost all state of the art applications such as google images, self-driving cars etc are based on them.

In the event you get bored waiting for your Audi A6 e-tron to charge its batteries, instead of kicking back to read a newspaper you can play a video game in the car - and have it beamed onto a wall by the headlights. But beneath the fun, froth and frippery there's also some really significant stuff going on as its underpinnings become the basis for a new coupe-style saloon and a whole family of new Audi electric cars. For long distance travellers who want to cruise in style the new Audi A6 e-tron Sportback has a claimed range of more than 434 miles. Audi's electric saloon turned games console on wheels: Bosses say the new Digital Matrix LED headlights on the new A6 e-tron concept are so crisp that they can project'cinematic quality' footage - including video games - onto a wall The matrix LED lights can project images - even the indicator lights project their beam onto the ground as well as into the air, says Audi. Should you get bored while re-charging your car, the new electric A6 e-tron's main digital matrix LED front headlights enjoy a'cinematic quality' that can also be harnessed to play video games.

What Tesla calls Autopilot is in fact a semi-autonomous driving system that can guide a car under limited circumstances. A more sophisticated version, called "full self-driving" is due to be released later this year.

Self-driving vehicles may be inherently racist because they're unable to detect dark-skinned faces in the dark, experts have warned. The Law Commission says racial bias'has crept into the design of vehicles and automated systems', which could have disastrous consequences. Autonomous vehicles are powered by artificial intelligence (AI) that's trained to detect pedestrians in order to know when to stop and avoid a collision. But this inherent bias effectively means anyone with a'non-white' skin tone might be at greater risk of being involved in an accident in poor light conditions. Self-driving vehicles may also be prejudiced against women and the mobility-impaired, because their operating systems have largely been created by able-bodied men, according to the Law Commission.

Japan's mainstay next-generation H3 rocket, developed by Mitsubishi Heavy Industries Ltd. and the Japan Aerospace Exploration Agency (JAXA), is now in the final stages of preparation for its first launch, to be conducted by the end of March 2022. By keeping the launch cost of each rocket at half the conventional price, at ¥5 billion, developers aim to attract a wide range of commercial demand, including launching satellites for organizations overseas. But with foreign companies such as U.S.-based SpaceX ahead of the game in offering low-cost rocket transport, some are asking whether there are opportunities for Japanese rockets to compete against their overseas rivals. On March 17, the first test model of the H3 rocket made its debut at the launch site at the Tanegashima Space Center in Kagoshima Prefecture, as it was assembled, received fuels and underwent checking procedures down to the countdown just before the rocket launch. JAXA celebrated the milestone, saying it had overcome one of the "biggest mountains."