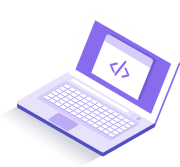 Develop your skills and job performance with our skills pathway. With more than 50 Plus courses, we provide the option for learners to select courses of their choice. LabCentral is an innovative online lab platform provided by WiselyWise exclusively for our students. LabCentral will provide students a virtual lab environment, where they can work on various assignments and experiments required to be completed as part of their enrolled courses. Using LabCentral gives students the perfect online platform that can be accessed remotely via a simple login, and is an essential element in their journey of understanding and assimilation of Artificial Intelligence knowledge.

Overfitting vs. Underfitting In Linear Regression

In the previous courses, we have introduced linear and logistic regression, to model a Y variable which is discrete or continuous from one or more Xi variables, in all the examples used to illustrate this technique the modeling was relatively simple, the variable Y was generally modeled by a line parameterized by the variables Xi, but this modeling cannot be applied every time, an aquatic model must be chosen w.r.t to our data, in order to have the best fit. In this course we will study the effect of the choice of this modeling, we will see two cases, the first when the modeling is too weak to model our data, and the second is when the modeling is over-parameterized and that it will over-fit our data. Let's take a simple example and see what different modeling choices will produce in the fit of the data, we will use the following python code to generate and visualize the data, The figure above shows different fits for different choices of modeling assumptions, the first figure shows the simplest choice, modeling by a straight line of our data, in this case, we can notice that the modeling is very weak and we do not end with a good fit to our data, in this case, we are talking about underfitting, that is, the starting hypothesis is too weak for our data set. In this case, we notice that the modeling is over-parameterized, which gives an over-adjustment of our data without having a correct trajectory, we can notice that at the edge, we have a significant oscillation, which can mislead us if we want to predict the value of a new point which is at the edge, in this case, we speak of overfitting, that is to say, that our starting hypothesis is over-parameterized for our data. To sum up, when modeling data we can face two problems, first we can have a hypothesis that fails to model our data, and second, we can have a hypothesis that is over-parameterized and which will over-fit our data without the power to generalize to new examples, a trade-off must be made between the desired level of fit and the ability to generalize to new cases in order to have the best fit to the data.

Why Python developers are paid so much ? - Salesforcecertificationaidpractisexams

Python to be the multiprogramming language since it has all features of conventional Latest programing language. It continuously serves as a best language for developing applications efficiently. Python is the fastest-growing language without any threats. Machine Learning and artificial intelligence (AI)is everywhere; if you want to know how companies like Google, Amazon, and even Udemy extract meaning and insightsfrom massive data sets, this data science course will give you the fundamentals you need. Data Scientists enjoy one of the top-paying jobs,with an average salary of $120,000 according to Glassdoor and Indeed. The lowest salary of Python Developers you can see in Nebraska (NE) $85,000 and Indiana (IN) $87,750.Learn Python now for 12.99$

The OSSU curriculum is a complete education in computer science using online materials. It's for those who want a proper, well-rounded grounding in concepts fundamental to all computing disciplines, and for those who have the discipline, will, and (most importantly!) good habits to obtain this education largely on their own, but with support from a worldwide community of fellow learners. It is designed according to the degree requirements of undergraduate computer science majors, minus general education (non-CS) requirements, as it is assumed most of the people following this curriculum are already educated outside the field of CS. The courses themselves are among the very best in the world, often coming from Harvard, Princeton, MIT, etc., but specifically chosen to meet the following criteria. When no course meets the above criteria, the coursework is supplemented with a book.

3 Different Approaches for Train/Test Splitting of a Pandas Dataframe

Usually, the Train/Test Splitting process is one of the Machine Learning tasks taken for granted. In fact, data scientists focus more on Data Preprocessing or Feature Engineering, delegating the process of dividing the dataset into a line of code. In this tutorial, I assume that the whole dataset is available as a CSV file, which is loaded as a Pandas Dataframe. As input parameters of the function either lists or Pandas Dataframes can be passed. Pandas provide a Dataframe function, named sample(), which can be used to split a Dataframe into train and test sets.

The course is an introduction to the area of Artificial Intelligence and will introduce the basic ideas and techniques underlying the design of intelligent machines. By the end of this course, you will have learned how to build autonomous (software) agents that efficiently make decisions in fully informed, partially observable and adversarial settings as well as how to optimize actions in uncertain sequential decision making environments to maximize expected reward.

"Data Science and Machine Learning are one of the hottest tech fields to be in right now! The field is exploding with opportunities and career prospects. It is widely used in several sectors nowadays such as banking, healthcare technology etc.. As there are tonnes of courses on Machine Learning already available over Internet, this is not One of them.. The purpose of this course is to provide you with knowledge of key aspects of data science applications in business in a practical, easy and fun way. The course provides students with practical hands-on experience using real-world datasets.

Often, advanced sensor technologies can assess highway bridge infrastructure. TRB will host a webinar on Monday, February 22, 2021 from 2:00-3:30 PM Eastern to explore how artificial intelligence (AI) and deep learning (DL) may be used to predict the deterioration of bridges. Presenters will discuss recent case studies related to the application of AI in integrating highway data to better explain and predict system performance. They will also identify how AI and DL may improve sensor signal data, and explain how these technologies can provide support design, operations, and management of highway systems. This webinar was organized by the TRB Standing Committee on Testing and Evaluation of Transportation Structures.