The Current State Of AI In Customer Service And CX (Customer Experience): An Expert Roundup

Go Moment is the home of the smart concierge Ivy that is well known in the hospitality industry. Singh is also a product design expert and public speaker, and blogs at RajSinghLA.com. Rathinam is also well known and loved in the Seattle tech community and as a mentor to local startups. I caught up with the two of them, in the course of curating and hosting the Rethink CX webinar series sponsored by Freshworks. Like Paddy, I live in the Seattle, Washington area.)

The Current State Of AI In Customer Service And CX (Customer Experience): An Expert Roundup

Go Moment is the home of the smart concierge Ivy that is well known in the hospitality industry. Singh is also a product design expert and public speaker, and blogs at RajSinghLA.com. Rathinam is also well known and loved in the Seattle tech community and as a mentor to local startups. I caught up with the two of them, in the course of curating and hosting the Rethink CX webinar series sponsored by Freshworks. Like Paddy, I live in the Seattle, Washington area.)

Edison, Morse and Watson? AI poses question of who's an inventor

WASHINGTON/SEATTLE – Computers using artificial intelligence are discovering medicines, designing better golf clubs and creating video games. Patent offices around the world are grappling with the question of who -- if anyone -- owns innovations developed using AI. The answer may upend what's eligible for protection and who profits as AI transforms entire industries. "There are machines right now that are doing far more on their own than to help an engineer or a scientist or an inventor do their jobs," said Andrei Iancu, director of the U.S. Patent and Trademark Office. "We will get to a point where a court or legislature will say the human being is so disengaged, so many levels removed, that the actual human did not contribute to the inventive concept."

Rosenbaum: This is the video of a machine-learning simulation learning to walk and facing obstacles, and it's there only because I like it. Also, it's a kind of metaphor for me trying to build the CI/CD pipeline. I'm going to be talking about CI/CD for machine learning, which is also being called MLOps. The words are hard, we don't have to really define these things, but we do have to define some other things and we're going to talk about definitions a lot actually. I'm going to start by introducing myself. I'm on the left, this picture is from DevOpsDays Chicago, our mascot is a DevOps Yak. You can come check out the conference. I work for Microsoft on the Azure DevOps team. I come from a developer background, and then, I did a lot of things with DevOps CI/CD and such. I'm not a data scientist, I did some classes on machine learning just so I can get context on this, but I'm coming to this primarily from a developer perspective. I also run another conference, this is a shameless plug, it's DeliveryConf, it's the first year it's happening, it's going to be in Seattle, Washington, on January 21 and 22. You should register for it right now because it's going to be awesome. The first thing I want to do is I want to set an agenda.

MicroVision is looking for a great Staff Test Engineer.

MicroVision is the creator of PicoP scanning technology, an ultra-miniature laser projection and sensing solution based on the laser beam scanning methodology pioneered by the company. The technology is well suited to support a wide array of applications including interactive projection, 3D LiDAR sensing for applications such as advanced driver assistance systems (ADAS), robotics and industrial applications, and Augmented and Virtual Reality (AR/VR). MicroVision is an independently recognized leader for its formidable intellectual property portfolio. The company is based in Redmond, Washington. MicroVision is seeking a Staff Test Engineer to join the Test Engineering team.

Creating successful #AI tools and ensuring their adoption requires a diversity of skills and perspectives. Microsoft's Jo Amato-Tuck and Kate Rosenshine discuss some of the biggest factors.

Considering various factors such as the research areas, research focus, courses offered, duration of the program, location of the university, honors, awards, and job prospects, we came up with the best universities to help you in your choosing process. This article is most suited for individuals who'd like to pursue a master's degree with a focus on machine learning and need some guidance on their decision making. Feel free to jump to the end if you are looking for only the names of the Universities. Note: The universities mentioned below are in no particular order. Research Ranking in Machine Learning: 7 Research Ranking in AI: 6 Duration: 1–2.5 years Location: Seattle, Washington Core courses: Computer architecture and logic design, computer science, high-level mathematics, electrical engineering basis, artificial intelligence, data science, machine learning, applied machine learning, statistical analysis.

Redmond, Washington and Ithaca, New York – Jenny Sabin is perched high on a scissor lift, her head poking through an opening of the porous fabric structure that she's struggling to stretch onto the exoskeleton of her installation piece, which is suspended in the airy atrium of building 99 on Microsoft's Redmond, Washington, campus. Momentarily defeated, she pauses and looks up. "It's going to be gorgeous," she says. "It" is a glowing, translucent and ethereal pavilion that Sabin and her Microsoft collaborators describe as both a research tool and a glimpse into a future in which architecture and artificial intelligence merge. "To my knowledge, this installation is the first architectural structure to be driven by artificial intelligence in real time," said Sabin, principal designer at Jenny Sabin Studio in Ithaca, New York, who designed and built the pavilion as part of Microsoft's Artist in Residence program. 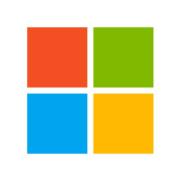 The Microsoft AI Residency program is a 12-month role designed to advance your career in machine learning research and engineering. The goal of the AI Residency is to help residents become creative and productive AI Researchers, Scientists and Engineers. Residents will gain skills and hands-on experience working on practical AI and machine learning problems that help tackle some of society's toughest challenges. In our program, you will have the opportunity to work alongside prominent researchers and engineers in either Redmond, WA or Cambridge, UK and contribute to research and products that impact billions of people. Within the 12 months, residents will work on two projects that are assigned based on mutual interest and each resident will work closely with project leads and dedicated mentors.