Biofourmis, a Boston-based global leader in virtual care and digital medicine, has announced its engagement with Wise Health System to launch a continuum-wide care-at-home initiative. Wise Health System is a four-hospital, integrated care network in the Dallas-Fort Worth metropolitan area. Wise Health System will launch the effort with a home hospital program leveraging Biofourmis' Hospital@Home end-to-end solution that combines artificial intelligence (AI)-based remote patient monitoring technology and clinical support services. Wise Health System has nearly 200 beds across its four-hospital campus, with over 200 physicians and more than 2,000 employees. The health system is launching a hospital at home program with Biofourmis as part of its progressive healthcare delivery philosophy, to enable participation in the Centers for Medicare and Medicaid Services' (CMS') Acute Hospital Care at Home program, for which it has already earned a waiver.

The Ice Cream You Ordered Is Here. A Drone Just Delivered It

This week, two companies announced they are moving forward with aerial drone delivery services. On Thursday, the Alphabet-owned drone company Wing launched its first commercial delivery flights in Dallas, Texas. Its drones will remain positioned at strategic Walgreens stores in the Dallas-Fort Worth area, ready to buzz off to nearby homes with health products in their grip. The drones will eventually also deliver pet medicines and Blue Bell Creameries' ice cream. FedEx also announced that it has partnered with the California company Elroy Air to develop its own delivery drone service.

Alphabet's Wing to Launch Drone Delivery in Dallas-Fort Worth Area

Products delivered through other Wing customers, including ice cream from Blue Bell Creameries, first-aid kits from Texas Health Resources and pet prescriptions from easyvet veterinary clinics, will be handled at a staging area at a mixed-use development in Frisco, Texas, by Wing employees. Over time, Wing plans to have customers operate their own drone deliveries. Wing said deliveries will be limited to "tens of thousands of suburban homes" in Frisco and Little Elm for now. "This third-party delivery model will give businesses the ability to reach their customers in faster and cheaper ways than ever before," said Alexa Dennett, head of communications for Wing. Wing also operates commercial drone services in Christiansburg, Va., Finland and Australia.

Wing is bringing drone delivery to Texas this week – TechCrunch 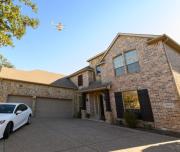 Wing this morning announced that it is adding Texas to its list of drone delivery markets. On April 7, the Alphabet-owned operation will be arriving in Frisco and Little Elm, a pair of towns in the Dallas/Fort Worth metroplex. The primary partner is Walgreens, where drones will be picking up health and wellness products. Also on the list is easyvet for pet meds, Texas Health, which provides first aid kits, and Blue Bell Creameries, which is dropping off ice cream as summer looms. Upon launch, the offerings will be available to select customers via invite.

Alphabet's Wing division has announced that it's launching a drone delivery service in the Dallas-Fort Worth (DFW) metroplex on April 7th. "With this service, the DFW area will be the largest metro in the world, and the first in the United States, with access to on-demand drone delivery," a company spokesperson said in an emailed statement. Wing's primary launch customer is Walgreens, which will deliver health and wellness products directly to customer's homes. For that, it will use a new operational model where drones are staged at one of its own store parking lots, rather than a Wing facility. It will also be delivering ice cream from Blue Bell Creameries, Easyvet prescription pet medications (yep) and first aid kits from Texas Health.

FedEx is trying out a new delivery tool. Starting next year, the delivery company is testing out an autonomous cargo drone from Bay Area aircraft startup Elroy Air. The hybrid-electric vertical take-off and landing plane (that means it doesn't need a runaway and is more like a helicopter) will take packages between FedEx Express sorting facilities in the Fort Worth, Texas, area. For now, the autonomous drone will stick with middle-mile logistics between FedEx buildings instead of dropping packages off at people's doors or picking up from merchants. Elroy was originally focused on autonomous air taxis for passengers but now is dedicated to autonomous cargo delivery.

The 2022 Toyota Sienna Woodland is the first minivan designed with some off-road capability, so that's where Fox News Autos Editor Gary Gastelu went to try it out. Minivan sales were up 14% last year, and they're so hot that even robots are driving them. Autonomous tech company Aurora has started testing Toyota Sienna minivans equipped with its Aurora Driver technology in the Dallas Fort-Worth area with two human backup drivers on board, for now. The vehicles are operating on a simulated ride-hailing route that includes highway travel up to 70 mph, which is a faster speed than some other autonomous passenger vehicles are currently being tested at on public roads. "The route showcases Aurora's ability to safely operate at highway speeds, a key technical differentiator that allows it to prioritize popular and lucrative rides," the Aurora said, highlighting the importance of airport runs to livery services.

Toyota and Aurora are bringing their robotaxi partnership to Texas roads. TechCrunch reports the two companies are launching an autonomous ride-hailing test in the Dallas-Fort Worth area using modified Sienna hybrid minivans. The project will focus on highways and other high-speed roads, and is already dealing with challenges like high-speed merges, construction and vehicles stopped on shoulders. The test is small, and the vans aren't truly driverless. Each vehicle will have both a behind-the-wheel supervisor as well as a monitor in a passenger seat.

Men and women are more physically attracted to the faces of people who have higher functioning immune systems that might protect them from diseases over their lifetimes. "There's nothing inherently special or beautiful about a face that we find attractive, so the theoretical rationale is that there must be something over the thousands of years of evolution that has been consistently rewarded in our mate choice, and that we find these specific traits attractive," says Summer Mengelkoch at Texas Christian University in Fort Worth. Scientists had already determined that people are more attracted to the body odours of people of the opposite sex who have better health. However, studies that didn't involve the detection of any bodily chemicals like smells have shown inconsistent links between attractiveness and health or immune function. To investigate further, Mengelkoch and her colleagues asked 159 men and women, averaging 20 years old, to pose for professional headshots in which they had neutral facial expressions and wore no make-up or jewellery. 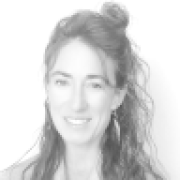 Flying into Dallas Fort Worth International Airport from Mexico in December, I queued in the immigration line for US citizens and was taken aback when – rather than request my passport – the Customs and Border Protection (CBP) agent simply instructed me to look at the camera and then pronounced my first name: "Maria?" Feeling an abrupt violation of my entire bodily autonomy, I nodded – and reckoned that it was perhaps easy to lose track of the rapid dystopian devolution of the world when one had spent the past two years hanging out on a beach in Oaxaca. A CBP poster promoting the transparent infringement on privacy was affixed to the airport wall, and featured a grey-haired man smiling suavely into the camera along with the text: "Our policies on privacy couldn't be more transparent. In my case, the process was not so fast, as I had to hand over my passport for physical scrutiny after I raised the agent's suspicions by being unable to answer in any remotely coherent fashion the ...