The Year Of The SPAC And What It Means For Hardware

CBS MarketWatch declared 2020: The Year of the SPAC (Special Purpose Acquisition Corporation). A record 219 companies went public through this fundraising vehicle that uses a reverse merger with an existing private business to create a publicly-listed entity. This accounted for more than $73 billion dollars of investment, providing private equity startups a new outlet to raise capital and provide shareholder liquidity. According to Goldman Sachs, the current trends represents a "year-over-year jump of 462% and outpacing traditional IPOs by $6 billion." In response to the interest in SPACs, the Securities and Exchange Commission agreed last week to allow private companies to raise capital through direct listings, providing even more access to the public markets outside of Wall Street's traditional institutional gatekeepers.

At NeurIPS, Nvidia AI presented a new method for creating high-quality synthetic images using a generative adversarial network (GAN) trained on 1500 source images. The neural network, StyleGAN2, usually requires a training data set of tens or hundreds of thousands of images to produce high-quality synthetic pictures. Nvidia's AI research used a dataset of 1500 images of faces from the Metropolitan Museum of Art to create new images that emulate artworks in the Museum's collection. While this breakthrough could be used to recreate the style of rare works and create new art inspired by historical portraits, there are wider implications for medical imaging AI. A key problem facing medical AI models is the lack of available training data due to privacy concerns, but especially for rare diseases where 100,000 images of a certain type of illness might not even exist.

A COMBINATION of recent events has seen a rapid acceleration in the adoption and incorporation of technologies by a wide range of firms and institutions in the global financial sector. Whether this adoption has been spurred on by the global financial crisis of 2008; the need to adhere to regulation; or the immediate need to pivot and handle the consequences of Covid-19 and its impact on customers and staff, firms in the finance industry are embracing financial technologies (fintech) into their daily processes. Designed to drive enhancement in services and improve efficiencies in back-office operations, it has seen a thriving sector developed beyond traditional'Wall Street' financing. The prospect of the part that machine learning (ML) could play is generating a lot of momentum. The financial sector is well-placed to benefit from machine learning, with large volumes of historical structured and unstructured data to learn from.

WILEY & HALSTED, No. 3 Wall street, have just received SYMZONIA, or a voyage to the internal world, by capt. As literary landmarks go, it's not quite Emerson greeting Whitman at the start of a great career. But this humble advert may herald the first American science-fiction novel. Although one might point to the crushingly dull "A Flight to the Moon," from 1813, that text is more of a philosophical dialogue than a story, and what little story it has proves to be just a dream. "Symzonia; Voyage of Discovery" is boldly and unambiguously sci-fi.

Wall Street is seeing an adoption surge for complex forms of AI. But firms still need to wrap their heads around the tech -- and explain it to regulators.

Financial firms are putting more resources towards using complex forms of machine learning. And that means they'll also need to develop ways to better understand the tech and explain it both internally and to regulators. A recent survey by data giant Refinitiv on the use of artificial intelligence and machine learning in financial services found that 75% of respondents were using some form of deep learning, a type of ML that includes a series of complex, ever-evolving calculations. Those surveyed included data scientists, quants, and executives at a variety of financial firms. Geoffrey Horrell, head of Refinitiv Labs in London, told Business Insider that the surge of interest in deep learning means firms will need to invest resources in understanding these complex algorithms.

Shares of graphics chip titan Nvidia declined slightly in late trading after the company this afternoon reported fiscal Q3 revenue and profit that comfortably exceeded Wall Street's expectations. CEO Jensen Huang said NVIDIA is "firing on all cylinders. Demand, he said, for the company's latest video game compute cards, the GeForce RTX GPU, "is overwhelming." Revenue in the three months ended in October rose 57%, year over year, to $4.73 billion, yielding EPS of $2.91. Analysts had been modeling $4.42 billion in revenue and $2.58 per share in earnings. Nvidia's revenue from its data center business rose by 162%, year over year, to $1.9 billion, the company said. Revenue from video gaming was up 37% at $2.27 billion. For the current quarter, the company sees revenue of $4.896 billion to $4.704 billion. That is well ahead of consensus for $4.4 billion and $2.54. Nvidia has been riding the success of its new generation of GPUs, the A100 series, introduced in May. Huang said that cloud companies are "deploying it globally," referring to the parts. "And our customers are moving some of the world's most popular AI services into production, powered by NVIDIA technology. 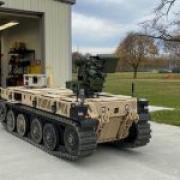 TipRanksOppenheimer Sees These 3 Stocks Skyrocketing Over 100%The U.S. presidential election has come to a close, and Wall Street isn't opposed to the administration change. Last week saw the S&P 500 notch its second-best performance during an election week on record, even as Trump's chances of getting re-elected became slimer and slimer.Weighing in for Oppenheimer, Chief Investment Strategist John Stoltzfus noted, "What appears clear so far is that the equity markets are not averse to a change of administration stateside at least so long as the Republicans maintain control over the Senate. Checks and balances'on the Hill' have been known to be important to investors over the course of history. The present in our view is no exception."There That said, Stoltzfus points out that continued better-than-expected Q3 results from S&P 500-listed companies, economic data tied to job gains and a sharp decline in the unemployment rate have also been helping to prop stocks up.Taking Stoltzfus' outlook into consideration, we wanted to take a closer look at three stocks earning …

Shares of Palantir, the seventeen-year-old software maker based on Denver that supplies tools to defense and security agencies, declined slightly in late trading on Thursday despite the company reporting Q3 revenue and profit that topped expectations, and raising its year revenue outlook, citing a boost from global uncertainty. "The demand for our software has increased steadily over the past year in the face of significant economic and geopolitical uncertainty in the United States and abroad," said Palantir in a prepared statement. The company said its "work with healthcare organizations across the federal government has accelerated this year, and we continue to expand our reach with the nation's defense and intelligence agencies, including the U.S. Army, Navy, and Air Force." Palantir cited in particle the use of its software in the U.S.'s COVID-19 response. The National COVID Cohort Collaborative (N3C), run by the U.S. National Institutes of Health, used the company's software "to integrate clinical data from more than one million patients in the United States in a matter of weeks." 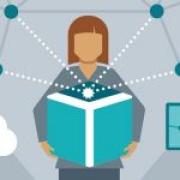 TipRanksWells Fargo: 3 Stocks to Snap up NowWall Street hit some rough waters last week. With the Presidential elections only two days away, spiking COVID-19 numbers and hopes for a pre-election stimulus package dwindling, stocks posted their worst week since the height of the pandemic in March. All three of the major U.S. stock indexes also reported a second consecutive monthly decline. According to the pros on Wall Street, uncertainty is ruling the markets. That said, some strategists point to this month's Federal Open Market Committee meeting, which will take place on November 4-5, as potentially helping to reassure investors.

Call center software provider Five9 Inc. has come up a winner yet again, comfortably beating Wall Street's targets with its third-quarter financial results and delivering strong guidance on top of that. The company reported a profit before certain costs such as stock compensation of 27 cents per share on revenue of $112 million, up 34% from a year ago. That was well ahead of Wall Street's forecast of 18 cents per share in earnings and $101 million in revenue. Five9 sells cloud-based contact center software and services for enterprises that enable them to keep track of and manage their interactions with customers. Its software covers traditional phone calls, as well as video calling services, emails and social media interactions.