Opinion/Middendorf: Artificial intelligence and the future of warfare

By J. William Middendorf J. William Middendorf, who lives in Little Compton, served as Secretary of the Navy during the Ford administration. His recent book is "The Great Nightfall: How We Win the New Cold War."Thirteen days passed in October 1962 while President John F. Kennedy and his advisers perched at the edge of the nuclear abyss, pondering their response to the discovery of Russian missiles in Cuba. Today, a president may not have 13 minutes. Indeed, a president may not be involved at all. "Artificial intelligence is the future, not only for Russia, but for all humankind. It comes with colossal opportunities but also threats that are difficult to predict. Whoever becomes the leader in this sphere will become the ruler of the world."

'Call of Duty: Black Ops Cold War' review: A spy game worthy of your time, regardless of your video game system

With its single-player story campaign, the first-person shooting game, which is out today for PlayStation 4, PS5, Xbox One, Xbox Series X and S, and PCs on Battle.net Somehow, the Russians swiped a U.S. nuke in 1968 and now that mistake has come back to haunt the Reagan Administration. That trip back in time nets intelligence needed to track Perseus, a Soviet mastermind who aims to use the bomb to attack the U.S. The search takes your character across the globe with stops in a Berlin still separated by the wall, Cuba, the Ukraine, Russia, and even into the heart of KGB headquarters. That nerve-wracking mission within the security agency is only one of many mind games awaiting players in this highly-entertaining sequel to 2010's "Call of Duty: Black Ops." In that earlier game, you played primarily as Alex Mason, a CIA operator who we learned was brainwashed by the Soviets.

If two markets are pretty much guaranteed to make money over the next decade separately it's artificial intelligence and cannabis. Together, the pair could form a perfect storm thanks to COVID-19 driving demand. Cannabis is more popular than ever thanks to lockdowns and vape technology and the market is predicted to be worth $76.3 billion by 2027). A.I. adds new business benefits for the industry that the COVID boom could mean big changes ahead for regulation. Adrian Holguin, CEO of CannaShark Consulting, started consulting for cannabis companies in 2017, and in three years he says the changes have been dramatic.

Agricultural production has become a complex business that requires the accumulation and integration of knowledge, in addition to information from many different sources. To remain competitive, the modern farmer often relies on agricultural specialists and advisors who provide them with information for decision making in their crops. But unfortunately, the help of the agricultural specialist is not always available when the farmer needs it. To alleviate this problem, expert systems have become a powerful instrument that has great potential within agriculture. This paper presents an Expert System for the diagnosis of diseases and pests in rice, tobacco, tomato, pepper, corn, cucumber and bean crops. For the development of this Expert System, SWI-Prolog was used to create the knowledge base, so it works with predicates and allows the system to be based on production rules. This system allows a fast and reliable diagnosis of pests and diseases that affect these crops.

ARTIFICIAL INTELLIGENCE is making its way into every aspect of life, including military conflict. We look at the thorny legal and ethical issues that the newest arms race raises. Three executives from Fukushima's melted-down nuclear-power plant were cleared of negligence today, but the disaster's aftermath is far from over. And, what a swish new Chinese restaurant in Havana says about China-Cuba relations.

We've unleashed AI. Now we need a treaty to control it

Artificial intelligence has not yet confronted a crisis like the showdown between the USSR and the U.S. in Cuba. By and large, AI has provided us with amazingly beneficial tools. "Learning algorithms" on our digital devices extract patterns from data to influence what we buy, watch and read. On a grander scale, AI helps doctors detect and treat diseases, opens new markets and improves productivity for business, and creates data sets and models that address critical issues related to education, energy and the environment.

Could your next lawyer be a robot? Tech firms making case for artificial intelligence

Early in his career, Andrew Hall, an old-school Miami attorney whose Coconut Grove firm has sued governments from Cuba to Sudan, worked on a lawsuit that lasted three full years. The case was cartoonishly complex. The Vietnam War was sputtering to an end and McDonnell Douglas Aircraft, then America's largest manufacturer of jet airplanes, had defaulted on a contract involving the delivery of 99 jets to Eastern Airlines. There were over a million documents put into evidence and almost 300 witnesses. The massive operation employed so many lawyers, clerks and paralegals, they resembled a legal militia more than a legal team.

Friends, this post is an extension of my previous work at analyzing language in reduced space. Here's a quick refresher in case you don't want to go back and read the whole thing: Using word2vec, I took a several blocks of text and projected them into a 100-dimensional1The default dimensions vector space. These vectors are called word embeddings, and we can perform algebraic manipulations on them, including getting comparisons like Havana:Cuba:: Berlin:Germany. 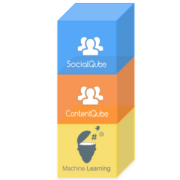 The purchase of the two New York City-based companies further increases oneQube's position as the leader in digital audience development automation. As part of the acquisition, Eder Holguin will step into the role as oneQube's CEO. "The acquisition of Internet Media Labs and Them Digital brings together a strong team and technology, enabling us to launch our intelligent audience automation that solves the growing audience fragmentation problem." "Audience development software is essential for brands to be able to compete effectively in today's every growing fragmented digital media and marketing universe." OneQube has launched a unified modular platform powered by machine learning that redefines audience development for the stack of a brand's audience. 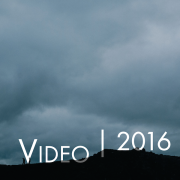