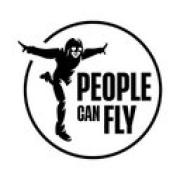 People Can Fly is one of the leading independent AAA games development studios with an international team of hundreds of talented individuals working from offices located in Poland, UK, US, and Canada, and from all over the world thanks to our remote work programs. Founded in 2002, we made our mark on the shooter genre with titles such as Painkiller, Bulletstorm, Gears of War: Judgment, and Outriders. We are one of the most experienced Unreal Engine studios in the industry and we are expanding it with in-house solutions called PCF Framework. Our creative teams are currently working on several exciting AAA projects with the top publishers in the industry: Project Gemini with Square Enix and Project Dagger with Take-Two (2K), in addition to a new IP to be self-published and two other games in a concept phase. One of our IPs is also being adapted for VR technology.

Apple's rumored mixed reality headset may help you create apps even if you don't know how to code. The Information sources claim Apple is working on a tool that would let anyone create augmented reality apps with Siri. You'd only have to tell the voice assistant what you want -- you could have digital animals scurrying around the room without the need for modelling, animation or conventional programming software. The AR creation tool is said to be based on technology from Fabric Software, a Canadian company Apple quietly bought in 2017. The acquired startup's Fabric Engine let developers automatically create environments and objects using procedural generation, a technique used in games like No Man's Sky.

ChatGPT can write code. Now researchers say it's good at fixing bugs too

OpenAI's ChatGPT chatbot can fix software bugs very well, but its key advantage over other methods and AI models is its unique ability for dialogue with humans that allows it to improve the correctness of an answer. Researchers from Johannes Gutenberg University Mainz and University College London pitted OpenAI's ChatGPT against "standard automated program repair techniques" and two deep learning approaches to program repairs: CoCoNut, from researchers at the University of Waterloo, Canada; and Codex, OpenAI's GPT-3 based model that underpins GitHub's Copilot paired programming auto code completion service. "We find that ChatGPT's bug fixing performance is competitive to the common deep learning approaches CoCoNut and Codex and notably better than the results reported for the standard program repair approaches," the researchers write in a new arXiv paper, first spotted by New Scientist. That ChatGPT can solve coding problems isn't new, but the researchers highlight that its unique capacity for dialogue with humans gives it a potential edge over other approaches and models. The researchers tested ChatGPT's performance using the QuixBugs bug fixing benchmark.

Can video games change people's minds about the climate crisis?

It made you realise how, despite all the sophistication of modern society, we're still reliant on water falling from the sky." Sam Alfred, the lead designer at Cape Town-based video game studio Free Lives, vividly remembers his city nearly running out of water. During 2018, the area surrounding South Africa's second largest city suffered months of dwindling rainfall. Dams were unable to replenish themselves at the rate its inhabitants required. The situation even called for its own grim version of the Doomsday Clock: hour by hour, the city ticked ever closer to Day Zero, marking the end of its fresh water supply. Terra Nil, the video game that Alfred has been developing since 2019, is a response to these terrifying events. Dubbed a "city-builder in reverse", it foregoes the consumption and expansion of genre classics such as Civilisation and SimCity to paint a picture of environmental restoration. At light-speed, and with eye-massaging flushes of emerald green and azure blue, the environment transforms into lush vegetation. Terra Nil's simplicity is as beautiful as its visuals, offering the satisfaction of a colouring book while doling out a clear-eyed critique of environment-wrecking extraction. With Terra Nil's story of "climate positivity", Alfred is part of a burgeoning wave of game makers attempting to both educate players on the dangers of the climate crisis while stretching perceptions of what is possible in response to it. Niantic, the maker of Pokémon GO, has used the real-world setting of its augmented reality game to spearhead a tree-planting initiative. Ubisoft, meanwhile, staged an in-game climate march for Riders Republic players, and is set to unleash a virtual forest fire to demonstrate the devastating real-world effects of such arboreal disasters. The idea with each of these ventures is to use video games as tools of moral instruction. For the past three years, a United Nations project called Playing for the Planet has catalysed these efforts with its annual Green Game Jam. Deborah Mensah-Bonsu, founder of partner organisation Games for Good and organiser of the jams, believes video games are perfectly placed to encourage changes in mindset and behaviour. "The idea of player agency is a really big piece [of the picture]," she says. With games, you get to be part of a story – you have a say in its outcome."

It's not just the teenagers that have to be told to get off the Xbox for dinner anymore - and this new gaming generation may need you to shout even louder. New research has shown that 85 per cent of people over 65 play video games at least once a week, while 36 per cent play every day. Many of these grandparent gamers say that they first picked up the console during the COVID-19 lockdowns, and now use them regularly to keep their mind active. Studies have shown that games can boost the brainpower of the elderly and stave off dementia. Researchers from the University of Saskatchewan say that gaming may improve peripheral attention skills, which are essential for reading ability.

ChatGPT is 'not particularly innovative,' and 'nothing revolutionary', says Meta's chief AI scientist

Why hasn't the public seen programs like ChatGPT from Meta or from Google? "The answer is, Google and Meta both have a lot to lose by putting out systems that make stuff up," says Meta's chief AI scientist, Yann LeCun. Much ink has been spilled of late about the tremendous promise of OpenAI's ChatGPT program for generating natural-language utterances in response to human prompts. The program strikes many people as so fresh and intriguing that ChatGPT must be unique in the universe. Also: What is ChatGPT and why does it matter? Scholars of AI beg to differ.

University of Calgary AI project asks students, teachers about the use of ChatGPT - Calgary

The AI can write essays and poems and answer questions about many topics. "If I thought about using ChatGPT for creating an essay, the answer could be ok – I might use it, but I will also be using these other resources because my interest as a student is to create something that can be for the benefit of others," said Moya who is a research assistant with a new University of Calgary research project investigating the ethical use of AI in post-secondary learning and teaching. "I want to be creative and create opportunities for others." Known as ChatGPT and created by a company called OpenAI, the software is designed to generate human-like responses to a wide range of inputs by using algorithms. "It was interesting to see that this tool could provide some particular insights that could become the starting point of something," Moya said.

A new study has shown the potential of AI chatbots to relieve users' anxiety and quickly deliver information during major social upheavals. Led by Chief Investigator CHA Meeyoung of the Data Science Group within the Institute for Basic Science (IBS) and Dr. CHA Chiyoung from Ewha Woman's University's College of Nursing, the researchers analyzed nearly 20,000 conversations between online users and a chatbot called SimSimi. This commercial chatbot has served over 400 million users worldwide in 81 languages. The joint research team investigated how users from the United States, United Kingdom, Canada, Malaysia, and the Philippines used the chatbot during the COVID-19 pandemic.

NOTE: THIS IS AN EARLY TIME SLOT SESSION - repeated on Thu Jan 26 at 3:30-4:30 pm ET. This a follow-up to the "Pre-Trained Language Models: A New Standard for NLU Tasks" sessions held on Jan 18 & 19, 2023, where we introduced pre-trained language models and explained how they have become a new standard for solving various NLP tasks. In this session, we will start with a quick recap of the previous session and then do a deep dive into the tools and frameworks for loading and fine-tuning pre-trained language models. We will load models from the HuggingFace Model Hub https://huggingface.co/models and fine-tune them on a public dataset to solve a downstream NLP task using a small dataset and a few training steps. Reza Fazeli is a conversational AI engineer for Watson Assistant, working closely with IBM Research teams to develop and deploy algorithms for improving our virtual assistant products.

New research uses AlphaFold, an artificial intelligence (AI)-powered protein structure database, to accelerate the design and synthesis of a drug to treat hepatocellular carcinoma (HCC), the most common type of primary liver cancer. It is the first successful application of AlphaFold to hit identification process in drug discovery. This study by an international team of researchers, published last week in Chemical Science, is led by the University of Toronto's Acceleration Consortium director Alán Aspuru-Guzik, Chemistry Nobel laureate Michael Levitt, and Insilico Medicine founder and CEO Alex Zhavoronkov. AI is revolutionizing drug discovery and development. In 2022, the AlphaFold computer program, developed by Alphabet's DeepMind, predicted protein structures for the whole human genome––a remarkable breakthrough in both AI applications and structural biology.