Stricter lockdown measures have been announced for Leicester after Covid-19 cases have risen in the city. Health Secretary Matt Hancock said non-essential shops will shut on Tuesday, and schools will close for most pupils on Thursday. The loosening of restrictions for pubs and restaurants will also not be taking place in the city on Saturday. Mr Hancock said Leicester accounted for "10% of all positive cases in the country over the past week". Speaking in the House of Commons on Monday evening, he added: "We recommend to people in Leicester, stay at home as much as you can, and we recommend against all but essential travel to, from and within Leicester." 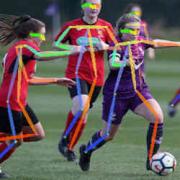 AI system can predict air pollution before it happens

Air pollution kills an estimated seven million people every year and cities around the world are being forced to take action to do what they can to lower the risk to inhabitants. A team of Loughborough University computer scientists believe their AI system has the potential to provide new insight into the environmental factors that have significant impacts on air pollution levels. In particular it focuses on the amount of'PM2.5' In 2013, a study involving 312,944 people in nine European countries revealed that there was no safe level of particulates. PM2.5 particulates were found to be particularly deadly, blamed for a 36 per cent increase in lung cancer per 10 μg/m3 as they can penetrate deep into the lungs.

Imagine being scared to breathe the air around you. An unusual concept for us here in the UK, but it is a genuine concern for communities all over the world with air pollution killing an estimated seven million people every year. A team of Loughborough University computer scientists are hoping to help eradicate this fear with a new artificial intelligence (AI) system they have developed that can predict air pollution levels hours in advance. The technology is novel for a number of reasons, one being that it has the potential to provide new insight into the environmental factors that have significant impacts on air pollution levels. Professor Qinggang Meng and Dr. Baihua Li are leading the project which is focused on using AI to predict PM2.5--particulate matter of less than 2.5 microns (10-6 m) in diameter--that is often characterized as reduced visibility in cities and hazy-looking air when levels are high.

Loughborough University and the Willis Research Network (WRN) would like to invite you to another conference bringing together a range of perspectives on the business application of Artificial Intelligence (AI) and its role in the ongoing digital transformation of the insurance industry. The goal is to look beyond the day to day business decision-making and examine the broader challenges of employing AI, the implication for business models and to address some of the organisational and public policy challenges to effective use of these new technologies. We will have a mix of top university researchers and industry practitioners participating as both presenters and panellists to enhance our depth of knowledge around AI and the use of AI in our industry. We look forward to welcoming you to a stimulating day of open debate and insightful discussion. The conference is the first major event organised by the TECHNGI research project, hosted by Loughborough University and Willis Towers Watson and funded from the UK Government Industry Challenge Fund's Next Generation Services program. 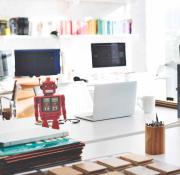 This paper aims at filling some gaps in the mainstream debate on automation, the introduction of new technologies at the workplace and the future of work. This debate has concentrated, so far, on how many jobs will be lost as a consequence of technological innovation. This paper examines instead issues related to the quality of jobs in future labour markets. It addresses the detrimental effects on workers of awarding legal capacity and rights and obligation to robots. It examines the implications of practices such as People Analytics and the use of big data and artificial intelligence to manage the workforce. It stresses on an oft-neglected feature of the contract of employment, namely the fact that it vests the employer with authority and managerial prerogatives over workers. It points out that a vital function of labour law is to limit these authority and prerogatives to protect the human dignity of workers.

Marta Kwiatkowska is a co-proposer of the Validate AI Conference. She is Professor of Computing Systems and Fellow of Trinity College, University of Oxford. Prior to this she was Professor in the School of Computer Science at the University of Birmingham, Lecturer at the University of Leicester and Assistant Professor at the Jagiellonian University in Cracow, Poland. Kwiatkowska has made fundamental contributions to the theory and practice of model checking for probabilistic systems, focusing on automated techniques for verification and synthesis from quantitative specifications. More recently, she has been working on safety and robustness verification for neural networks with provable guarantees.

Marta Kwiatkowska is a co-proposer of the Validate AI Conference. She is Professor of Computing Systems and Fellow of Trinity College, University of Oxford. Prior to this she was Professor in the School of Computer Science at the University of Birmingham, Lecturer at the University of Leicester and Assistant Professor at the Jagiellonian University in Cracow, Poland. Kwiatkowska has made fundamental contributions to the theory and practice of model checking for probabilistic systems, focusing on automated techniques for verification and synthesis from quantitative specifications. More recently, she has been working on safety and robustness verification for neural networks with provable guarantees.

UK workers are sabotaging and assaulting workplace robots in an attempt to stop them taking their jobs, finds study. But for some manual workers they have found their own ways of stopping the robots' rise to world domination - by confusing them. The study by De Montfort University in Leicester which looked into the use of robotics in healthcare concluded that UK workers are particularly apposed to the introduction of the intelligent machines into the work place. Compared to Norway where the study found co-working robots are often given affectionate names and welcomed. Jonathan Payne, Professor of Work, Employment and Skills, said: 'We heard stories of workers standing in the way of robots, and minor acts of sabotage - and not playing along with them.' Adding: 'The UK seems to have a problem with diffusion and take-up of technology.'

Nature's Most Beautiful Performances Could Inspire Next Generation Of Artificial Intelligence

Scientists have discovered a possible driving force behind some of nature's most beautiful displays paving the way for more complex and autonomous AI. Researchers wanted to replicate the basic mechanisms behind some of the most highly organised patterns seen in the animal kingdom such as huge swirling starling murmurations and immense twisting herring shoals. Groups like these, consisting in many cases of hundreds of thousands of individual animals, appear to move as if compelled by a collective intelligence, said lead author Dr Marco Mazza, a Lecturer in Applied Mathematics, at Loughborough University. But in reality, could be down to basic survival instincts. "The beauty of nature has inspired artists, philosophers, and scientists for as long as we can remember," said Dr Mazza.