"I thought at first it was a sign of insanity, speaking to a little thing like that and him talking back!" says 92-year-old John Winward of the first time he tested a smart speaker. The former head teacher was one of a group of residents at an elderly care home in Bournemouth, England who recently took part in a half-year academic experiment designed to test if artificial intelligence voice technologies could help tackle loneliness. He was a fast convert. "I was so surprised... it was such fun!" he says, explaining that several months later he remains an active user of his Google Home device. He asks the speaker for news and weather updates, music and audio book tips and crossword puzzle clues.

Real-world problems often involve the optimisation of multiple conflicting objectives. These problems, referred to as multi-objective optimisation problems, are especially challenging when more than three objectives are considered simultaneously. This paper proposes an algorithm to address this class of problems. The proposed algorithm is an evolutionary algorithm based on an evolution strategy framework, and more specifically, on the Covariance Matrix Adaptation Pareto Archived Evolution Strategy (CMA-PAES). A novel selection mechanism is introduced and integrated within the framework.

Bournemouth University (BU) in the UK, in collaboration with the University of Cambridge and China University of Geosciences, has developed a new method for improving battery life in wearable technology. The paper states that "the new architecture can be utilised as a binder-free electrode, and presents extraordinary mechanical flexibility and outstanding electrical stability under external stresses". "The new method ... uses a novel 3D structure approach to bind the electronic materials to the clothing textiles," Associate Professor Amor Abdelkader from BU said. See: Can wearable devices make construction sites safer? "We found that this new structure made a real difference to the mechanical strength of the battery, including increasing its flexibility under stress, which is important for the development of wearable technology. Clothing designed for the military or elite sportspeople, for example, needs to be able to perform under extreme conditions."

On this episode of Recode Decode, hosted by Kara Swisher, Carnegie Mellon's Andrew Moore talks about the future of tech education as fields like artificial intelligence and machine learning take center stage. Moore, the dean of CMU's computer science school, says he's "concerned" that anti-immigrant fervor will deter the next generation of great computer scientists from coming to America, although CMU has not yet seen an impact on its application numbers. "I think it's short-term, and I haven't seen any craziness, though of course, I'm frightened that it'll happen -- on this question of getting really the strongest folks over," Moore said. "If we appear to have a society which doesn't welcome folks from elsewhere then of course any sane brilliant scientist will end up going to Canada or Singapore or Zurich because they'll be able to get the best of both worlds." "Once you're living in an academic community or in a software development office for an exciting company, usually in day-to-day interactions this doesn't come up," he added. "You're so focused on some particular mission. But that perception -- especially among someone who's maybe 16 or 17 in anywhere from Turkey to China to England -- is something I'm concerned about." On the new podcast, he also talks about the often-forgotten importance of electrical and computer engineers, who will develop the sensors that make machine learning advance; how educational programs have been complicit in the lack of diversity in tech; and why he's personally pessimistic that self-driving cars, one of Carnegie Mellon's areas of expertise, will be ready by the early 2020s, as some have predicted. You can listen to Recode Decode on Apple Podcasts, Spotify, Pocket Casts, Overcast or wherever you listen to podcasts. Below, we've shared a lightly edited transcript of Kara's full conversation with Andrew. Kara Swisher: Today, I'm delighted to have Andrew Moore on the podcast. He's the dean of Carnegie Mellon's School of Computer Science, which was ranked No. 1 in the world by U.S. News and World Report. And he was previously a vice president of engineering at Google where he was in charge of Google Shopping. Andrew Moore: Happy to be here, thank you. I wanna get your background. I've had various computer scientists on the show who are teaching and like that, and I'd love to get sort of the academic perspective, but you've been in the fray, also. So just let's give your background, where you came from and how you got to Carnegie Mellon and then we'll talk about what's going on there. I grew up in a seaside town called Bournemouth in South of England, and there, in the late '80s, I really got into creating video games, like a lot of kids at the time.

'Biscuit' responds to touch and speech and has quickly become a favourite at Templeman House, Bournemouth.

The quiet and creeping normalisation of facial recognition technology

At face value it's remarkably convenient – and really, really cool. If you live in Bournemouth and fancy a night out, you no longer have to worry about squeezing your passport in and out of your pocket just to get through the door of a club, pub, or bar. Instead of relying on traditional forms of ID to verify your age, you can now use Yoti – an app that uses facial recognition to prove that you are you.

LONDON (AP) -- The British Airline Pilots Association is warning of a looming catastrophe unless drones are subject to tougher regulations. One British Airways flight was sent to Bournemouth Airport. The union's flight safety specialist, Steve Landells, says the incident shows "the threat of drones being flown near manned aircraft must be addressed before we see a disaster." There have been several near-misses between drones and aircraft in Britain, with sheer chance averting collision in some cases. 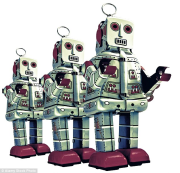 An electronics company which supplies Apple and Samsung has replaced 60,000 staff with robots. Foxconn, the Taiwanese company which assembles iPhones and iPads, has brought in machines to perform repetitive tasks and axed more than half its 110,000 staff at a factory in China. Water company Pennon has marginally increased profits thanks to growth in its waste management business. The firm, which owns South West Water and Bournemouth Water, reported pre-tax profits up 0.3 per cent to 211.3m in the year to the end of March. Profits at South West Water fell 4.9 per cent to 159.7m but earnings at its Viridor waste recycling business rose 45 per cent to 116.5m.