Our society is troubled. Beware those who blame it all on big tech Nesrine Malik

Every time a dramatic, unforeseen political event happens, there follows a left-field fixation that some out-of-control technology created it. Whenever this fear about big tech comes around we are told that something new, even more toxic, has infiltrated our public discourse, triggering hatred towards politicians and public figures, conspiracy theories about Covid and even major political events like Brexit. The concern over anonymity online becomes a particular worry – as if ending it will somehow, like throwing a blanket at a raging house fire, subdue our fevered state. You may remember that during the summer's onslaught of racist abuse towards black players in the England football team, instead of reckoning with the fact that racism still haunts this country, we busied ourselves with bluster about how "cowards" online would be silenced if we only just demanded they identify themselves. We resort to this explanation, that shadowy social media somehow stimulate our worst impulses, despite there being little evidence that most abuse is from unidentifiable sources.

In the late 19th and early 20th century, a new genre of literature emerged from eventually realized fears that the world was vulnerable to massive global conflict sparked by foreign invasions. This "invasion literature" was a phenomenon that explored these conflicts through a terrestrial lens, exploring scenarios where France invaded England, or Prussia got randy with Germany; it wasn't until 1897 that one such story looked beyond Earth for the next generation of fictionalized threat. That was the year H.G. Wells serialized War of the Worlds in Pearson's Magazine and invented the alien invasion, arguably the single most influential concept in the history of science fiction. The press campaign for Apple TV's new series Invasion frequently invoked War of the Worlds as a source of inspiration and tonal match for the project. On it surface they are similar -- belligerent aliens from another planet attack the earth with weapons so superior they bring nations to their knees within weeks -- but while War of the Worlds is primarily concerned with the invasion's effect on England, Invasion follows six individuals in different countries to show the devastation from a variety of political, social, and emotional lenses. 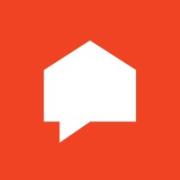 Please mention that you found the job at Jobhunt.ai [ job website ]

Four projects have received a share of £1.4million to use artificial intelligence to address racial and ethical health inequalities. The funding, a joint programme with the NHSX AI Lab and the Health Foundation, aims to ensure healthcare solutions don't "exacerbate existing health inequalities". The four projects range from using artificial intelligence (AI) to investigate disparities in maternal health outcomes, to developing standards and guidance to ensure that datasets for training and testing AI systems are inclusive and generalisable. Dr Indra Joshi, director of the AI Lab at NHSX, said: "As we strive to ensure NHS patients are amongst the first in the world to benefit from leading AI, we also have a responsibility to ensure those technologies don't exacerbate existing health inequalities. "These projects will ensure the NHS can deploy safe and ethical artificial intelligence tools that meet the needs of minority communities and help our workforce deliver patient-centred and inclusive care to all." Speaking exclusively to The Guardian today (October 20) health secretary Sajid Javid said he was committed to "removing barriers" in the NHS. "As the first health and social care secretary from an ethnic minority background, I care deeply about tackling the disparities which exist within the healthcare system.

British researchers say they have created an artificial intelligence (AI) model that is highly effective at predicting rainfall within the next 90 minutes. The model was built by scientists at Google-owned research company DeepMind in London. The team says tests of the system showed it produced more accurate predictions, or forecasts, for short-term rainfall than other existing systems. The paper recently appeared in the publication Nature. The scientists centered on a kind of weather prediction known as "precipitation nowcasting."

He praised the work of the UK ambassador, who Mr Meller said had "been working through the night to get Ai-Da released," but pointed out that her late release meant it would be difficult to get her ready for the display on Thursday. "We're right up to the wire now," he said.

A new AI-based test that can predict the most effective treatment from images of routine cancer samples has been approved for use in the UK and EU, speeding up diagnosis and reducing the need for lab testing. Developed by Cambridge-based company Panakeia, the PANProfiler test analyses digital images of routinely collected breast tumour samples that are normally checked down a microscope by a trained pathologist to determine the presence of cancer. The usual next step would be to send a further sample for lab testing to identify the best treatment approach, with the results taking days or weeks and costing hundreds or even thousands of pounds depending on the test. However, the PANProfiler Breast test skips the need for testing by directly predicting whether the cancer contains ER or PR receptors, marking the patient out as a candidate for hormone therapy, or HER2, targeted by the drug Herceptin. All this happens from the original digital image in a matter of minutes, with accuracy comparable to lab testing, making the PANProfiler test far faster and significantly cheaper than existing tests.

The £1.4m funding is financed by the NHS' AI Lab – called NHSX – and The Health Foundation, with the projects aiming to utilise AI to address racial and ethnic health inequalities in the UK. The selected initiatives will implement the technology in a broad range of investigations, from assessing disparities in maternal health outcomes to designing standards and guidance to ensure AI systems are inclusive and generalisable. The NHS AI lab introduced the AI Ethics Initiative in March 2021 to assist research and practical interventions that enhance existing efforts to validate, evaluate, and regulate AI-based technologies in the healthcare sector to mitigate health inequalities. This considerable funding results from their partnership with The Health Foundation on a research competition, which the NIHR enabled. The endeavour saw the organisations collaborate to explore and create opportunities to employ AI to address health inequalities and optimise datasets to improve AI's development, testing, and deployment.

A winter of retail discontent is looming for consumers in the UK. Post-Brexit border delays and HGV driver shortages are already leading to empty shelves in supermarkets around the country. There could even be no turkey for dinner this Christmas. The Food and Drink Federation has warned that shoppers can expect not to find all the goods they want whenever they want them for the foreseeable future. Its CEO, Ian Wright, told an Institute for Government event in September: "The just-in-time system is no longer working. I don't think it'll work again."