Fox News Flash top headlines for Sept. 8 are here. Check out what's clicking on Foxnews.com At least one rocket was fired from the Gaza Strip at southern Israel on Sunday night, landing on the Gaza side just shy of the border, during a weekend that saw a string of violent incidents in the area. "A failed launch was spotted from the Gaza Strip. It did not cross into Israeli territory," the army said, as the Times of Israel reported.

Existing computational methods for the analysis of corpora of text in natural language are still far from approaching a human level of understanding. We attempt to advance the state of the art by introducing a model and algorithmic framework to transform text into recursively structured data. We apply this to the analysis of news titles extracted from a social news aggregation website. We show that a recursive ordered hypergraph is a sufficiently generic structure to represent significant number of fundamental natural language constructs, with advantages over conventional approaches such as semantic graphs. We present a pipeline of transformations from the output of conventional NLP algorithms to such hypergraphs, which we denote as semantic hypergraphs. The features of these transformations include the creation of new concepts from existing ones, the organisation of statements into regular structures of predicates followed by an arbitrary number of entities and the ability to represent statements about other statements. We demonstrate knowledge inference from the hypergraph, identifying claims and expressions of conflicts, along with their participating actors and topics. We show how this enables the actor-centric summarization of conflicts, comparison of topics of claims between actors and networks of conflicts between actors in the context of a given topic. On the whole, we propose a hypergraphic knowledge representation model that can be used to provide effective overviews of a large corpus of text in natural language.

Israeli army in no rush to go fully robotic, puts sealed tanks through their paces 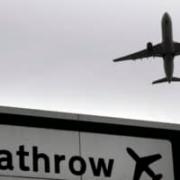 ELYAKIM ARMY BASE, ISRAEL – Israel, a world leader in hi-tech, is around 30 years away from its ambition of deploying robot forces, and for now will chose between three prototypes of semi-automated armored vehicles to cocoon its troops in battle, defense officials said on Sunday. Israel has long eyed a future robot army as a means of reducing the use of soldiers on its combustible fronts with Gaza, Lebanon and Syria, just as its air force has increasingly relied on pilot-less drones. The country draws most of its military personnel from teenage conscripts. An unveiling of Israel's newly developed operating suites for ground fighting vehicles made clear it plans to keep soldiers at the controls, albeit entirely insulated from the outside: Hatches battened, the cabins will have smart-screens, fed by outside cameras and sensors, instead of windows or ports. "Now the people will be sitting in the tank, it's closed, they are far better protected, and they can advance without worrying about snipers or other things," said Brig.

'Life is all about trying': Disabled Palestinians defy challenges

Some laughed at him, others told him that he wouldn't succeed. But with a strong will and positive attitude, Abdulrahman Abu Rawaa proved them wrong. With just one arm and a leg each, he can easily ride his bike along Gaza's sandy streets. He took off the pedal and chains to adjust the bike to his needs, allowing himself to easily balance on the bike and push himself forward. It's the easiest way for him to get around his neighbourhood in the "Bedouin Village" in the northern Gaza Strip.

Three Palestinian boys aged between 13 and 14 have been killed in an Israeli air raid in the southeastern Gaza Strip, according to health officials.

The killing of four Palestinian children aged 10 and 11 by an Israeli air strike on a Gaza beach during the 2014 war could have been prevented, internal documents seen by US website The Intercept show. The boys were killed by an armed Israeli drone that fired two missiles, with the second one hitting and killing four and injuring several others. On July 16, 2014, four children were playing near a shipping container on a jetty that had been destroyed by an Israeli air strike a day earlier because the Israeli military suspected it of being used as a weapons cache by armed members of Hamas. However, experts, journalists and eyewitnesses have all contested the claim weapons were stored in the container, as no members of Hamas were seen in the vicinity and there was no second explosion following the air strike that destroyed it. On the day of the attack, one of the children entered the remains of the container, and was spotted by two Israeli drones, one of which was armed.

Tech We're Using: Gaza and Google Translate: Covering the Conflict When You Don't Speak the Language

I sometimes also carry an Iridium satellite phone, and I always travel with a power strip in case there aren't enough outlets where I am. I try to keep my backpack light in Gaza. Other items -- armor-plated flak jacket, Kevlar helmet, gas mask and spare filters, and a trauma kit -- add lots of weight to my load. Probably the most vital tech tool I carry is the lightest: a paper clip to switch SIM cards. I've been here less than a year and finally got a local number from the Palestinian provider Jawwal, which has good coverage across Gaza and can be quickly replenished at countless retail shops.

Drone footage and aerial maps of cities in Palestine

To find out more, click here. With anti-migrant violence hitting a fever pitch, victims ask why Greek authorities have carried out so few arrests. How a homegrown burger joint pioneered a food revolution and decades later gave a young, politicised class its identity. Kombo Yannick is one of the many African asylum seekers braving the longer Latin America route to the US. Answer as many correct questions in 90 seconds to win the World Cup with your favourite team.

As per Israeli authorities, no major damage has been done so far, but this could be the beginning of an even more serious hacking attempt. However, many also question if Hamas has the means to run any sort of a hacking campaign against Israel due to the condition of Palestine.