Over the course of 2020, UNICEF hosted a series of global consultations with adolescents to learn about their views and knowledge of the artificial intelligence (AI) systems playing an increasingly important role in their lives. We spoke with 245 young people from Brazil, Chile, South Africa, Sweden and the United States in a series of workshops. These young voices helped shape UNICEF's recent draft Policy Guidance on AI for Children, which includes recommendations for child-centred AI and is aimed at governments and businesses. The workshops were part of a broader AI for Children Project led by the UNICEF Office of Global Insight and Policy.

For all their simplicity, viruses are sneaky little life forces. Take SARS-Cov-2, the virus behind Covid-19. Challenged with the human immune system, the virus has gradually reshuffled parts of its genetic material, making it easier to spread among a human population. The new strain has already terrorized South Africa and shut down the UK, and recently popped up in the United States. The silver lining is that our existing vaccines and antibody therapies are still likely to be effective against the new strain. "Viral escape" is a nightmare scenario, in which the virus mutates just enough so that existing antibodies no longer recognize it.

Naked mole rats mimic the dialect of their colony's queen

Colonies of naked mole rats develop dialects in their vocalisations that may help them distinguish between friends and foes. These dialects are influenced by each colony's queen, and become more varied if the queen dies. Naked mole rats (Heterocephalus glaber) are extremely vocal creatures that live in colonies in which only one queen reproduces. To see whether their vocalisations help maintain their social structure, Alison Barker at the Max Delbrück Center for Molecular Medicine in Germany and her colleagues recorded more than 36,000 greeting calls, from 166 naked mole rats in seven colonies raised in labs in Germany and South Africa. After identifying the acoustic features of these soft chirps, such as pitch, peak frequency and duration, the researchers used the calls to train a machine-learning algorithm. 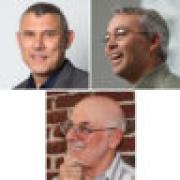 Alan Kalton, Vice President and General Manager of Aktana Europe, is a leader in data analytics and manages all new Contextual Intelligence implementations and developments across Europe. He comes to Aktana from Cape Town, South Africa where he led a data analytics venture called BroadReach and prior was the Analytics Leader of EY in South Africa. He also held prominent executive leadership positions in data analytics at IBM, Elsevier, Cognizant, Steris, Novartis, GSK, and ZS Associates. He graduated with a BS and MSc of industrial and operations engineering from the University of Michigan. Kalton can be reached at alan.kalton@aktana.com.

There's plenty of drama on Reddit, but it's not often that drama gets to play out on the screen. On Sunday, 24-year-old software engineer Micah Price from Cape Town, South Africa, unveiled what can only be described as a niche-but-genius creation: a bot that takes everyday arguments on Reddit and has them play out in the style of scenes from Ace Attorney, Capcom's animated courtroom-based video game series. The end result is a gloriously dramatic affair that shines a whole new spotlight on Reddit's comment section. Price's video was shared on Reddit's r/Videos sub shortly after it went live on YouTube, and at the time of writing it's racked up over 21,000 upvotes. Price told Mashable he's always been a fan of Ace Attorney, which sees players taking on the role of defense attorneys who must carry out investigations to protect their clients (the game's episodes culminate in a courtroom trial where you have to cross-examine witnesses and present evidence to a judge).

In March of 2015, protests broke out at the University of Cape Town in South Africa over the campus statue of British colonialist Cecil Rhodes. Rhodes, a mining magnate who had gifted the land on which the university was built, had committed genocide against Africans and laid the foundations for apartheid. Under the rallying banner of "Rhodes Must Fall," students demanded that the statue be removed. Their protests sparked a global movement to eradicate the colonial legacies that endure in education. The events also provoked Shakir Mohamed, a South African AI researcher at DeepMind, to reflect on what colonial legacies might exist in his research as well.

Shiraaz Joosub, Healthcare Sales Executive, T-Systems South Africa Medical malpractice litigation costs South Africa millions of rands every year and drives up the cost of healthcare. While some claims of medical negligence have merit, the unfortunate reality is that there has been a spike in fraud in this area since 2017. Over the years, this has cost government billions and has had a devastating effect on the country's public healthcare sector. Now, in the wake of the COVID-19 pandemic, it is more important than ever to stop medical fraud in its tracks and reduce medical malpractice. Fortunately, data analytics, artificial intelligence (AI) and machine learning can assist greatly in developing a digital audit trail to protect healthcare providers against fraudulent medical malpractice claims.A cost beyond billionsIn 2018, the Special Investigations Unit (SIU) began investigating medical fraud in the Eastern Cape and Gauteng, after a spike of R8.4 billion in medical negligence claims.

Becoming a physicist was not Maria Schuld's life goal. As an undergrad, she started out studying political science, taking physics in parallel. Her plan was to work for a nonprofit organization in a capacity that had a very clear benefit to society. But then, she says, "life happened"--jobs fell through and other opportunities opened up--and she found herself with a career in quantum machine learning. Today Schuld, who works for the Canadian quantum computing company Xanadu from her home in South Africa, says that she has matured in what she thinks it means for a person to benefit society.

JOHANNESBURG, South Africa – 19 November, 2020 – Samsung has announced that it will hold the Samsung AI Forum 2020 online via its YouTube channel for two days from November 2nd to 3rd. Marking its fourth anniversary this year, the forum gathers world-renowned academics and industry experts on artificial intelligence (AI) and serves as a platform for exchanging ideas, insights and latest research findings, as well as a platform to discuss the future of AI. On Day 1, which will be hosted by Samsung Advanced Institute of Technology (SAIT), Samsung's R&D hub dedicated to cutting-edge future technologies, Dr. Kinam Kim, Vice Chairman & CEO of Device Solutions at Samsung Electronics will deliver opening remarks. Renowned AI experts will subsequently give presentations under the theme "AI Technologies for Changes in the Real World." This year, Dr. Inyup Kang, President of System LSI Business at Samsung Electronics will join the panel discussion with the presenters. 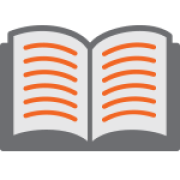 "Given the large swathes of data we currently have access to, there are potential solutions to many deep-seated issues, including corruption," says Professor Tshilidzi Marwala,the UJ's Vice-Chancellor and Principal. In an extreme case, Zero Trust, an anti-corruption AI system in China, has been used to monitor and evaluate the lifestyles of government officials. It has access to more than 150 protected databases in central and local governments and, since 2012, has uncovered 8,721 government employees engaged in embezzlement, abuse of power, misuse of government resources and nepotism. Zero Trust has come under fire for not explaining the process behind identifying corrupt individuals. And it still heavily relies on humans, which could make much of its work invalid if these people are also unscrupulous.