Aurora, led by veterans of driverless car efforts at Google and Uber, says it has previously received "significant investment" from Amazon, which is known to be exploring the possibility of driverless delivery vehicles. South Korean carmaker Hyundai has also backed Aurora,which has offices in four US cities.

Australia Gears Up for the Great Koala Count, Using Drones, Droppings and Dogs

Estimates of koala populations have historically varied wildly. In 2016, scientists estimated there were over 300,000 koalas in Australia. In mid-2019, the Australian Koala Foundation estimated that fewer than 80,000 remained in the country, and said the number could be as low as 43,000. Concern and confusion over the koalas' numbers intensified during Australia's devastating bushfires last year, leading to news articles that the animals were "functionally extinct." But scientists challenged the accuracy of that narrative.

The Guardian view on DeepMind's brain: the shape of things to come

Has one of the most important questions of science now been answered? From the headlines you might think so. For some biology's "holy grail" had been found. For others planetary extinction could be averted. On the surface the news seemed rather mundane.

Hundreds of Google employees and more than 1,000 academic researchers are speaking out in protest after a prominent Black scientist studying the ethics of artificial intelligence said she was fired by Google after the company attempted to suppress her research and she criticized its diversity efforts. Timnit Gebru, who was the technical co-lead of Google's Ethical AI team, wrote on Twitter on Wednesday that she had been fired after sending an email to an internal group for women and allies working in the company's AI unit. The email, which was first published by the tech newsletter Platformer, referenced a dispute over a research paper, but more broadly expressed frustration at Google's diversity programs. In it, Gebru argued that "there is zero accountability" or real incentive for Google leadership to change. "Your life gets worse when you start advocating for underrepresented people, you start making the other leaders upset," Gebru wrote.

When soldiers are teamed with robots, the human need to interfere may negate the benefits of robotic assistance, a new US military project has discovered. But letting military artificial intelligence proceed without human supervision raises troubling ethical questions. The System-of-Systems Enhanced Small Unit (SESU) project foresees a team of around 200 to 300 soldiers augmented with swarms of small drones and robotic ground vehicles.

Voice assistant recordings could reveal what someone nearby is typing

Voice assistants can detect typing on nearby devices, which could potentially be used to work out what a person is writing on their phone from up to half a metre away. Ilia Shumailov at the University of Cambridge and his colleagues built a machine-learning system that could recognise the sound of tapping on a touchscreen and combined it with other artificial intelligence tools to try to determine what people were typing. 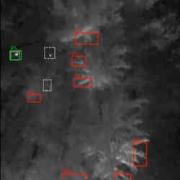 In September 2019, the National Institute of Standards and Technology issued its first-ever warning for an attack on a commercial artificial intelligence algorithm. Security researchers had devised a way to attack a Proofpoint product that uses machine learning to identify spam emails. The system produced email headers that included a "score" of how likely a message was to be spam. But analyzing these scores, along with the contents of messages, made it possible to build a clone of the machine-learning model and craft spam messages that evaded detection. The vulnerability notice may be the first of many.

Project Loon is using balloons such as this to set up an aerial wireless network for telecommunications.Credit: Loon The goal of an autonomous machine is to achieve an objective by making decisions while negotiating a dynamic environment. Given complete knowledge of a system's current state, artificial intelligence and machine learning can excel at this, and even outperform humans at certain tasks -- for example, when playing arcade and turn-based board games1. But beyond the idealized world of games, real-world deployment of automated machines is hampered by environments that can be noisy and chaotic, and which are not adequately observed. The difficulty of devising long-term strategies from incomplete data can also hinder the operation of independent AI agents in real-world challenges. Writing in Nature, Bellemare et al.2 describe a way forward by demonstrating that stratospheric balloons, guided by AI, can pursue a long-term strategy for positioning themselves about a location on the Equator, even when precise knowledge of buffeting winds is not known.